The medal is a full-on chunk of brass. It’s pretty heavy and as medals go, I’m pretty pleased with it. It was a strange place to be though – on the finish podium, wearing it. I’ve talked about doing the Dakar for a long time. A long time. It’s always been there, there’s obviously been decent distractions, the BMW GS Trophy (Mongolia 2018) sort of popped up out of nowhere and that took some focus for a while (I accidentally entered not really knowing what it was, found out once I got there and then went back with the sole intention of winning it and gaining a place on the UK team thereafter – the latter of which I managed, but by coming second, rather than winning outright. I actually pushed Pete, who did win, over the line to victory, so I’m claiming some of the glory anyway).

I’m a week post event now. We drove the service van back to Jeddah from the finish near Riyadh – a 900km slog we did in a oner, because Rog and Del weren’t keen, as I was, to spend a night camping in the desert in the middle of nowhere – a missed opportunity, the pair of Jessies. This obviously is the exact term I used. The van is a mess. I’ve got a minimum of a week of cleaning it, my kit and my tools. I quite like doing this though, so don’t feel sorry for me.

I’m purposely avoiding the big, obvious and nagging post event question. What’s next? The immediate future will be playing catch up. The Dakar is a huge consumer, a vortex. Writing this here cannot do justice to the time taken to assemble a Dakar attempt. I plan pretty well. I prep and I like to think I’ve a handle on what’s needed to operate in a remote theatre – in my professional life project and projects management is a huge feature, and I’ve spent years of my life living and working out of a van. I love this element of competition and adventure. I’m probably a bit of a nomad, but the sort that also loves a well sorted workshop at home and is somewhat multipolar in life choices, this being my excuse for the ridiculous and eclectic collection of cars and bikes. There’s a rule though, if it’s in the fold it’s to be used, and I’ve a full-on (Dakar finishing) current rally bike and a cracking support van. The rally bike is going nowhere, so it needs an outlet… I’m open to suggestions. Is one Dakar enough?

I actually ran/set up the rally bike much softer than I would have preferred, but this gave more than it took away, despite a few moments that were terrifyingly close to huge crashes, where I’d hit something very fast indeed, and had smashed through the suspension instantly, sending the bike into a full-on tantrum. I had the nearest I’ve ever had to a really very bad crash on about day six. It wasn’t at all pleasant and it could have been very, very different. It affected how I ran the rest of my rally for sure. Especially after day seven, when Goncalves sadly died. I was on the throttle stop. There was nothing extra and I was lucky.

I was almost guaranteed to get a cold – I could feel it brewing – so I semi-purposely, semi- by default have done very little for a week. I was and remain tired, and my heart rate monitored (so relatively accurate) calorie consumption for the whole event was in the region of 65,000 calories. That’s not a typo. Imagine that I’ve been up at about 04:00 everyday, walking to the (awful) toilet blocks, then over to the (pretty ropey) catering hall, then getting my gear on (a total ball ache everyday, and one thing I’m looking forward to not doing for a few days) then generally endured at least eight hours of riding, standing, hanging around and essentially not sitting or chilling out. Off the bike, over for a (cold) shower, food again, then back to the van, into the sleeping bag and repeat for 12 days, with a bit of bike wrangling and graft in there for good measure. I’m not carrying the extra couple of kilos I arrived with that’s for sure.

It’s fair to say that despite pretty much sleeping and eating for a week, I have checked out my lack of gut and slightly more impressive guns more than once in the mirror, too. The dogs clearly missed me. The wife has claimed indifference, but me and the dogs know the truth.

I often don’t do anything for a few weeks post riding a decent event, and that’s probably sensible, as despite my chipper-ish reports I did pick up some injuries and niggles. I prefer not to give them a name when I’m ‘at it’ though. Doing so allows them to exist in the place in your head that makes excuses to climb off and starts nagging at you like that rider we all know that hasn’t got a good word to say about anyone or their abilities.

I didn’t and, if I’m honest still don’t, see my Dakar ride as anything amazing or extraordinary. For sure it wasn’t easy, simple or without drama and low points, but so are many people’s challenges. People that run ultra marathons will experience the same, for some even a half marathon probably requires the same physical and mental stamina, some people will experience this in everyday life going to work to pay the bills. This said, I’ve been quite touched by all of the support and messages I’ve had. Almost all have been private, or personal and many are from friends or peers from a long time back that I’ve not heard from or spoken to for some time, not out of any fall out, just life in general. I’ve been surprised how many people have followed these blogs and were following my progress on the Dakar App. I’m super grateful though. It’s nice to be thought of for sure, but I was essentially just playing out on a bike. It was total selfishness from my end, with a good degree of pig headedness and determination of course. What I have enjoyed has been the writing though, it’s fair to say I like a bit of a chat at the track, but I also like to see and join in with people enjoying riding their bikes, but hopefully I’ve given an insight and possibly lit some fuses, too.

It’ll sound arrogant, but it’s not meant to be and it’s easy to say, but I know I could have put a lot more pace on than I did. There’s so much more to getting to the end or gaining a position than riding hard and for longer, but I was constantly waiting for a bad day, and kept plenty in reserve in case they were needed. Some days I had to put a solid effort in, others less so, or at least they felt like they came easier. I don’t begrudge my time losses either. Stopping to help other riders and the time spent/lost here doesn’t seem to bother me at all. I gave away a decent amount of time digging my own bike out of a hole, and I don’t recall needing any real input from any other riders (the spectators who pulled me up over the crest of that dune were right in my way, so I’m not counting that) but I didn’t and don’t feel any reservations in pulling up to help riders I knew and who needed assistance. I’d like to think it would be reciprocated had I needed it.

And there it is, there are plans to cover the whole event in a feature in the next RUST, so please feel free to add some suggestions of what’s next, ask any questions you want covering and or make some suggestions of what else you’d like to see. There’s a niggle inside that suggests I should go back to my Malle Moto roots, but I also quite fancy doing something daft on something inappropriate and dusting off the adventure bikes too, all in the name of training of course… Dakar2021 will come around pretty quickly. 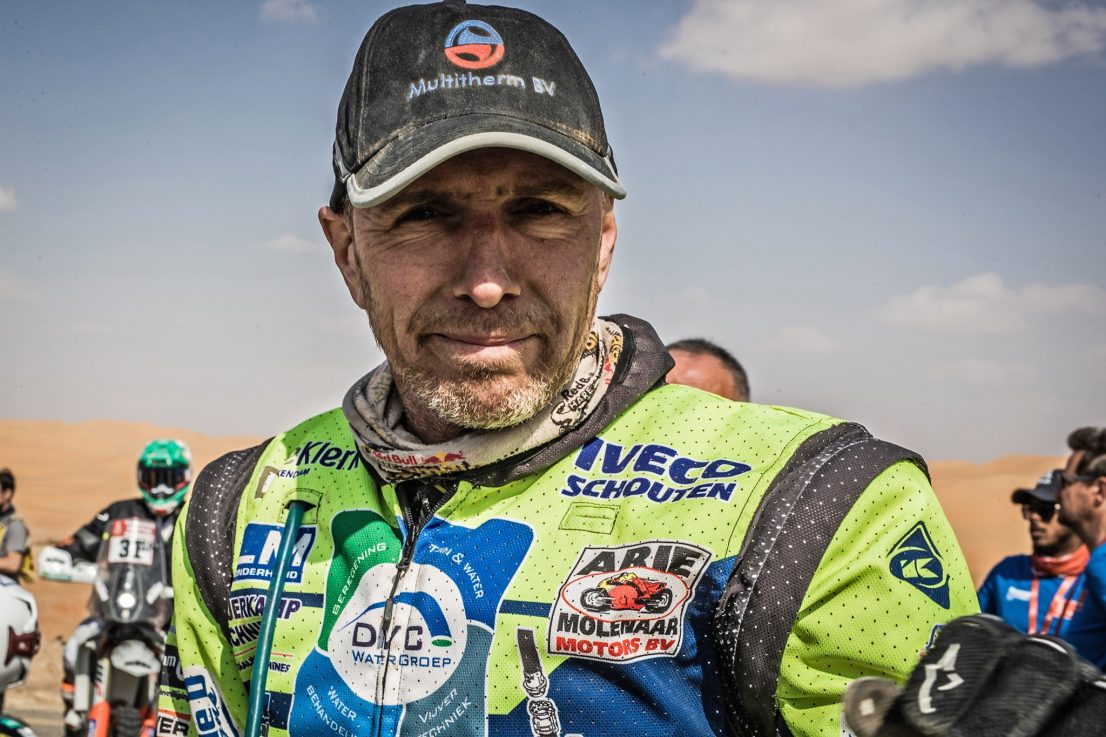 Sadly since Craig’s last post Dutch rider Edwin Straver has passed away. Winner of the Malle Moto (Originals by Motul) class in 2019, Straver had crashed on the 11th stage in this year’s rally and later succumbed to his injuries. It’s another very sad loss for the rally community. Here at RUST we send our condolences to his family and friends.