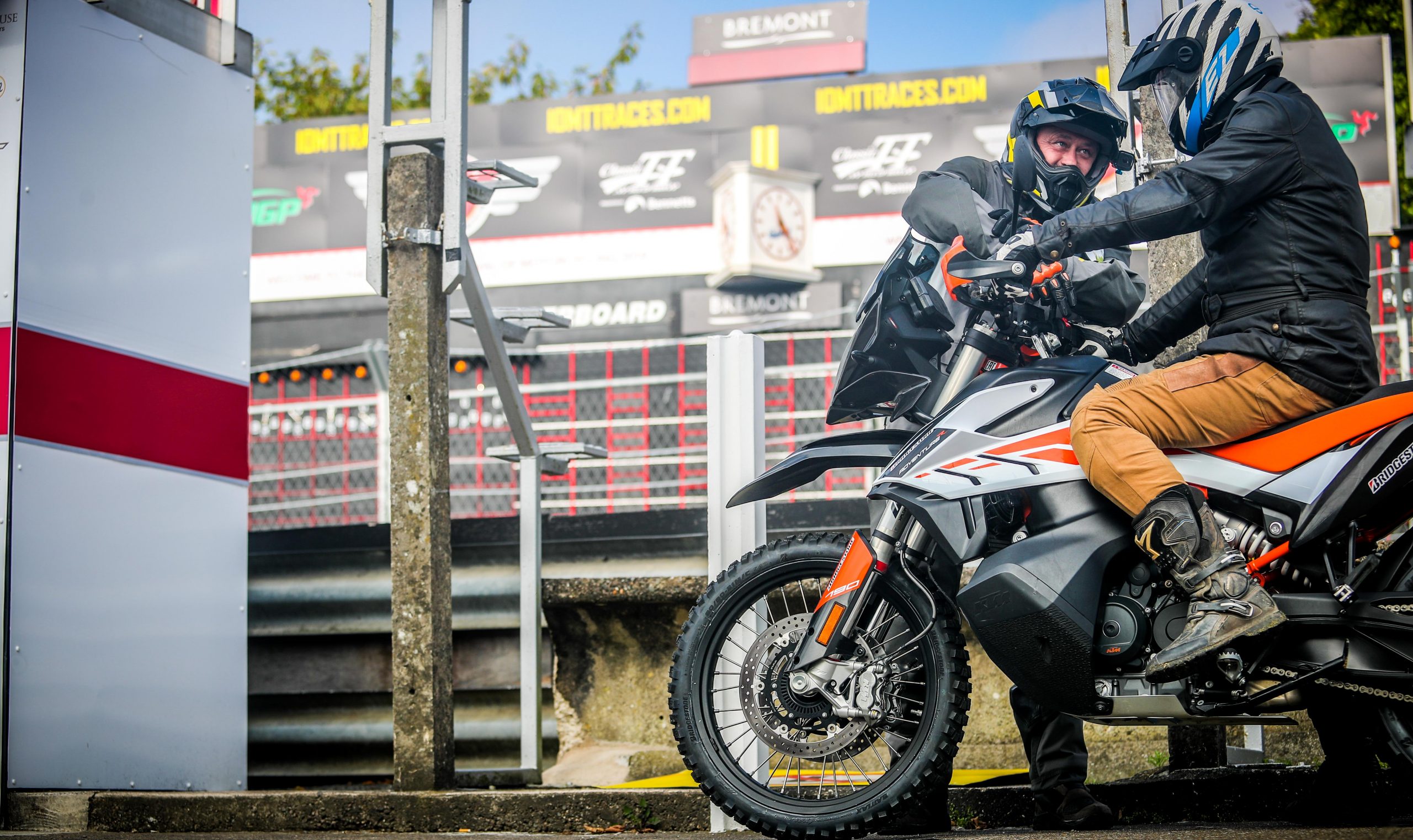 The Adventure Spec IoM500 offered us an opportunity to get a second opinion on the KTM 790 Adventure R. You’ve had JB’s opinion (see RUST #42/43) – quite clearly it’s a bit of him. But what about for a more road-travel biased adventure rider? Can it hold the same appeal? We put July Behl, our pan-Americas riding adventure buddy into the 790’s seat for a long weekend…

I’ve owned a KTM 1190 Adventure R for over four years now and I’m pleased with bike, but over the last year or so I’ve been entertaining thoughts that perhaps something that’s lighter and more manageable off-road would be my next move. When the KTM 790 Adventure R was announced I thought this is it. I watched every video on YouTube, closely followed the launch and read every article. With each word, I was more and more convinced that this was the bike for me. Having now test ridden it both on- and off-road, I’m still sticking to my guns, that it’s a formidable bike – but is it the one for me?

First impression on literally dismounting the 1190 and mounting the 790 was – where’s the rest of it?! It felt like half the bike had gone missing such was the size difference between the 1190 and the 790. And also it felt upside down, courtesy the under-slung tanks. It was like being on a 125cc bike. Honestly it didn’t feel right. 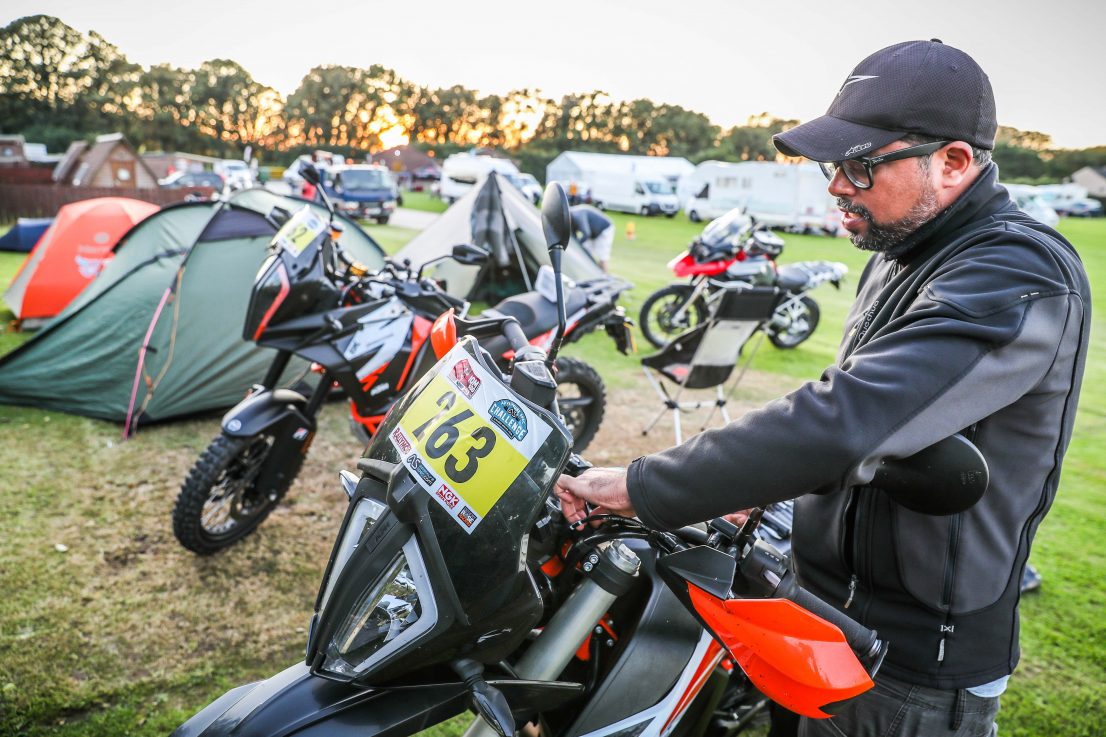 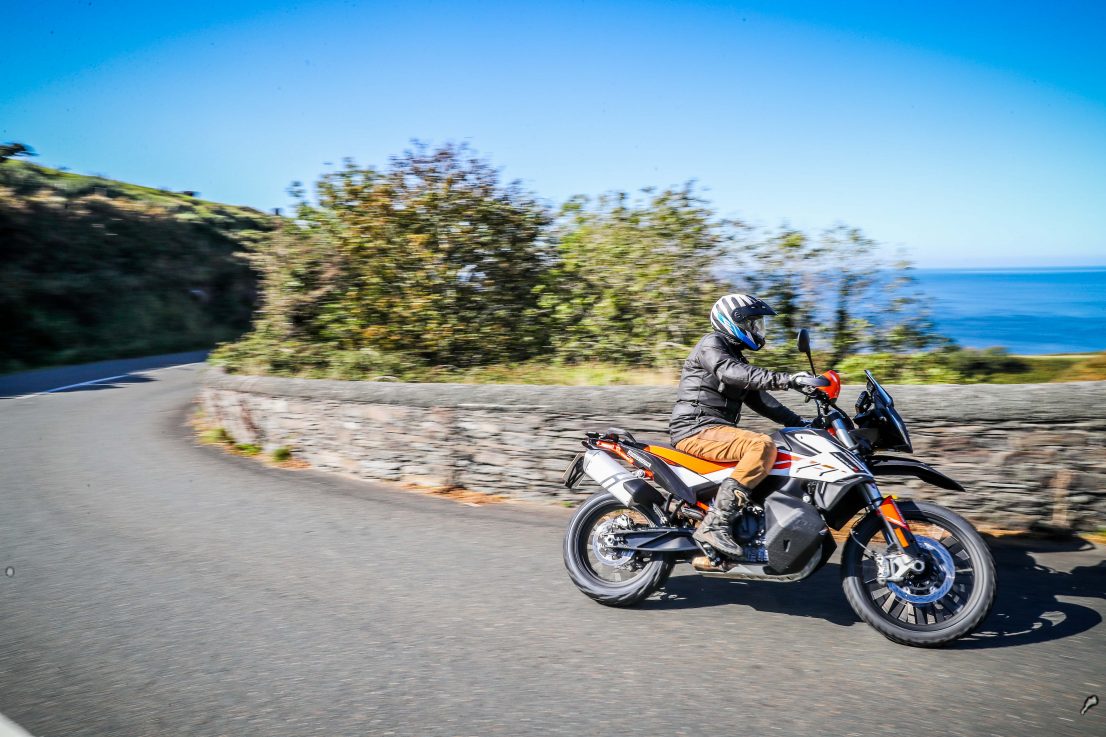 Anyhow, after a couple of hundred miles on the road I started getting used to the 790 and yes, I was smiling – this is an extremely punchy machine (around 95hp) and it happily kept up with JB’s KTM 1290 Super Adventure R – not riding quite as plush maybe, but still fast enough. The quick shifter was like a baby’s bottom over 60+mph, but at lower speeds it felt a bit agricultural. The TFT screen was crystal and it had all the relevant info on display including speed, fuel, gear, modes etc. Slightly on the smaller side compared to the 1290 but still enough – it was like the 790 had an iPhone for a display and the 1290 had the mini iPad.

I don’t think I’m being fair comparing the 1290 and the 790 but as we were testing them together these things surface. Actually, if anything, I think the comparison is a compliment in itself to the 790. What else? The seat, well… you’ll need a generous supply of monkey butt powder to get through those long days. Not unbearable but could certainly do with an aftermarket upgrade.

Whilst the seat is a bit of a letdown, the suspension is at the other end of the pleasure-pain spectrum – and most probably the best suspension you’ll find on an adventure bike in the 800cc segment. Up front are the fully adjustable 48mm WP closed cartridge Xplor forks – but what does that mean? For you and me – your average Joes – it means it’s got the suspension of an enduro bike and we won’t need more or better, either on- or off-road. The rear WP shock has PDS, which technically stands for Progression Damping System but in layman’s terms stands for Pleasure During Speed. So, engine – good. Suspension – stunning. Seat – not so good. Fuel range of 190 miles – practical. In summary, it’s a good road bike but not a phenomenal one.

This is where this beautiful machine really shines. And this is where it makes an average off-road rider like me feel like a god. It boosts your confidence. For the off-road testing we took part in a roadbook navigation challenge called the IOM500, organised by the hardworking guys at RallyMoto. A 500km combined on- and off-road course around the Isle of Man, the course had everything from wide plantation trails, to narrow goat trails with tight corners, to fire roads, to some challenging rocky uphills and downhills – a real everything course. And here the 790 was just grand. The bike’s lightish weight combined with the low centre of gravity and the superior suspension meant the trails were a match made in heaven for the 790.

The off-road and rally modes do what they’re meant to do – make you feel like a Dakar competitor and make the most challenging trails doable. I tell you, there was stuff I was doing on the 790 that I would’ve thought long and hard about doing on my 1190. The 790 had me riding way above my usual level, pulling small wheelies over humps and bumps, upping the speed at which I was taking corners, jumping the bike between ruts. The list goes on. In summary, the 790 will redefine your off-road skillset and give you the confidence to ride the most technical trails and tracks. 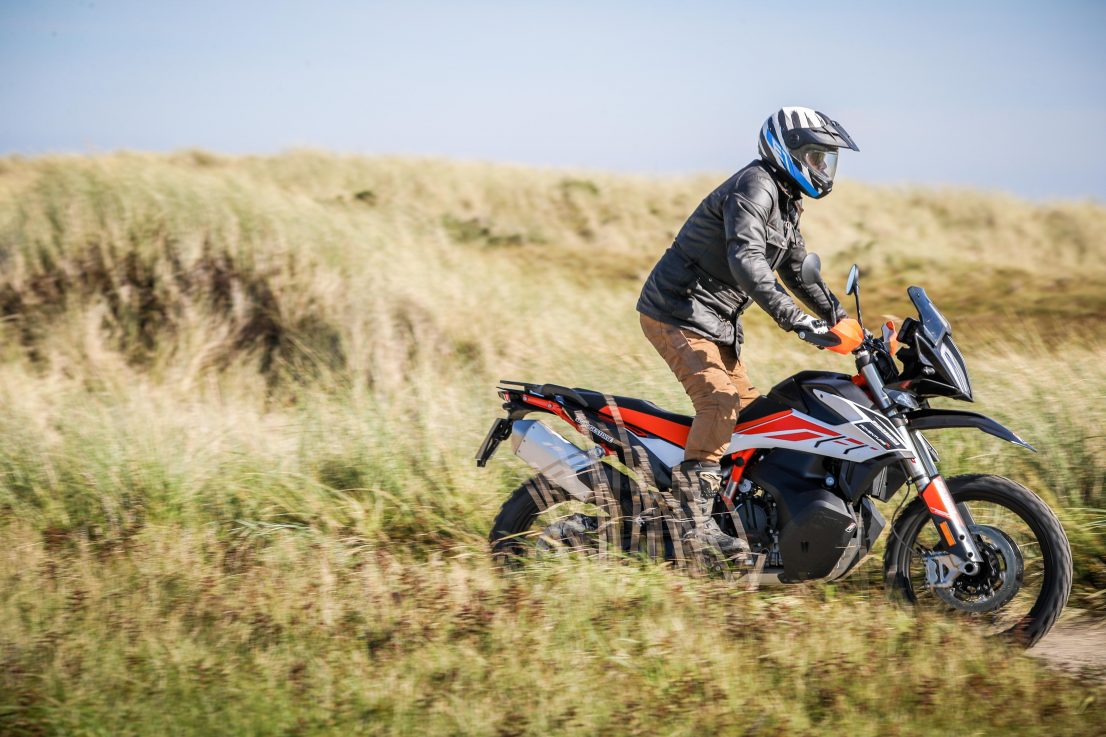 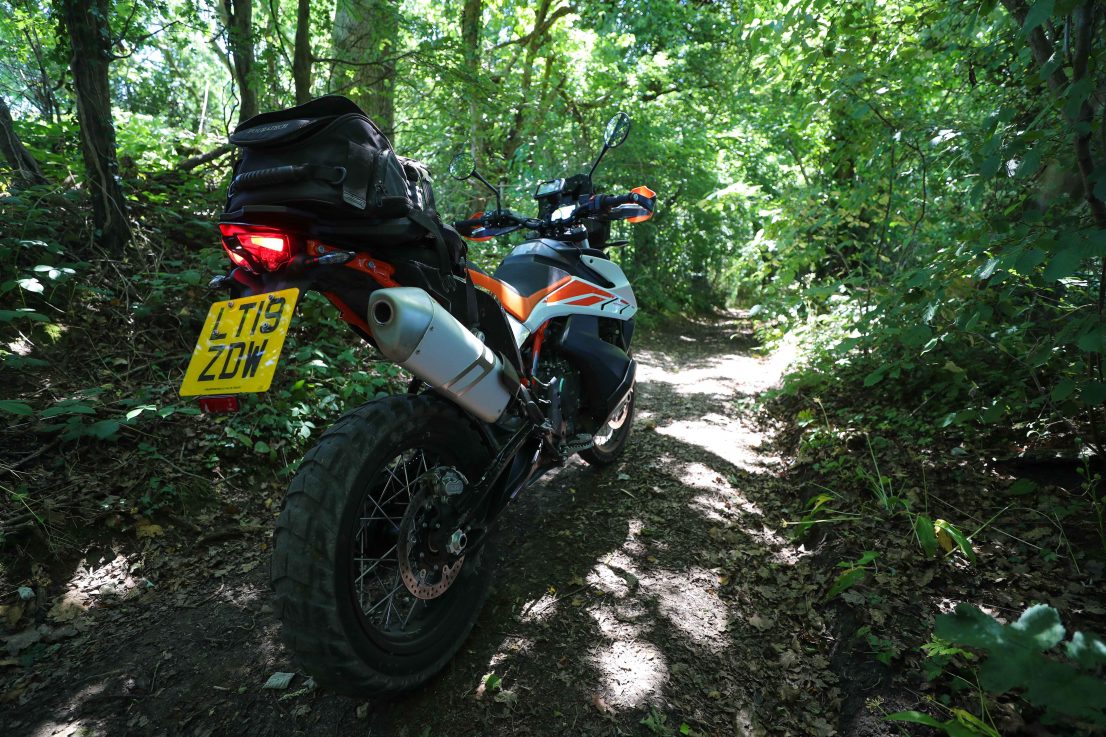 Is this one for me?

So the KTM 790 Adventure R is a winner? It is. Only the experience taught me something more about myself. It seems, despite my aspirations, that I’m more of a 65-35 (on-road – off-road) rider. That’s a ratio that is moving more towards the off-road trajectory with each passing year, but – and this is a big ‘but’ – is still predominantly biased towards road riding.

I’d love to do the Trans European Trail or Adventure Country Tracks but for me half the pleasure of doing those is the getting to Spain, or Portugal or Scandinavia. I personally don’t want to compromise the 65 for the 35. So, unfortunately, the 790 didn’t do it for me on the road and I really did miss my 1190 there. Of course, off-road I wasn’t even thinking about the 1190 and surely wanted to take the 790 home, but it still wasn’t enough. On-road, it lacks the 3Ps for me – Power, Presence and Plushness (that come with big bikes). I’m happy to improve my skillset to tackle a big bike off-road more competently but I still want a 1200cc taking me round the world, just like one did from Alaska to Argentina a couple of years back. And so, if nothing else, I’m justifying KTM keeping the 1290 in their range! But if you’re not like me me, if you’re a hardcore 50-50 or a 40-60 guy, honestly, just write KTM a big fat cheque, get the bike and tell the Mrs. that you won it in a raffle.

Till next time… happy reading and riding! 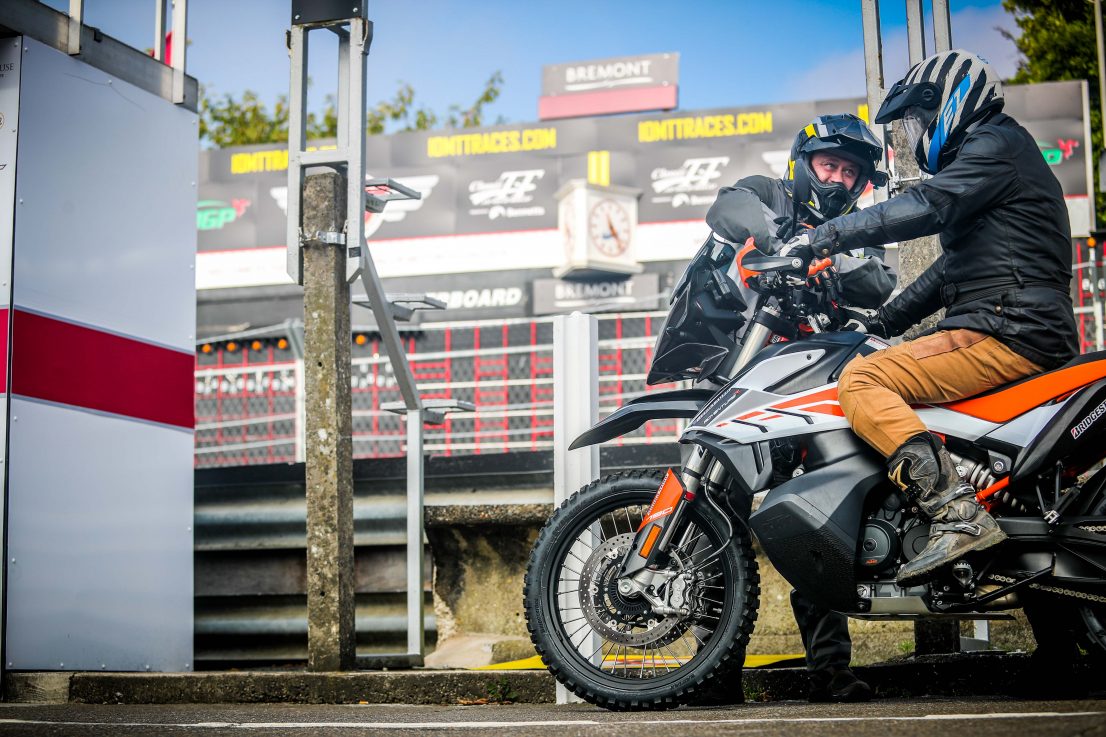 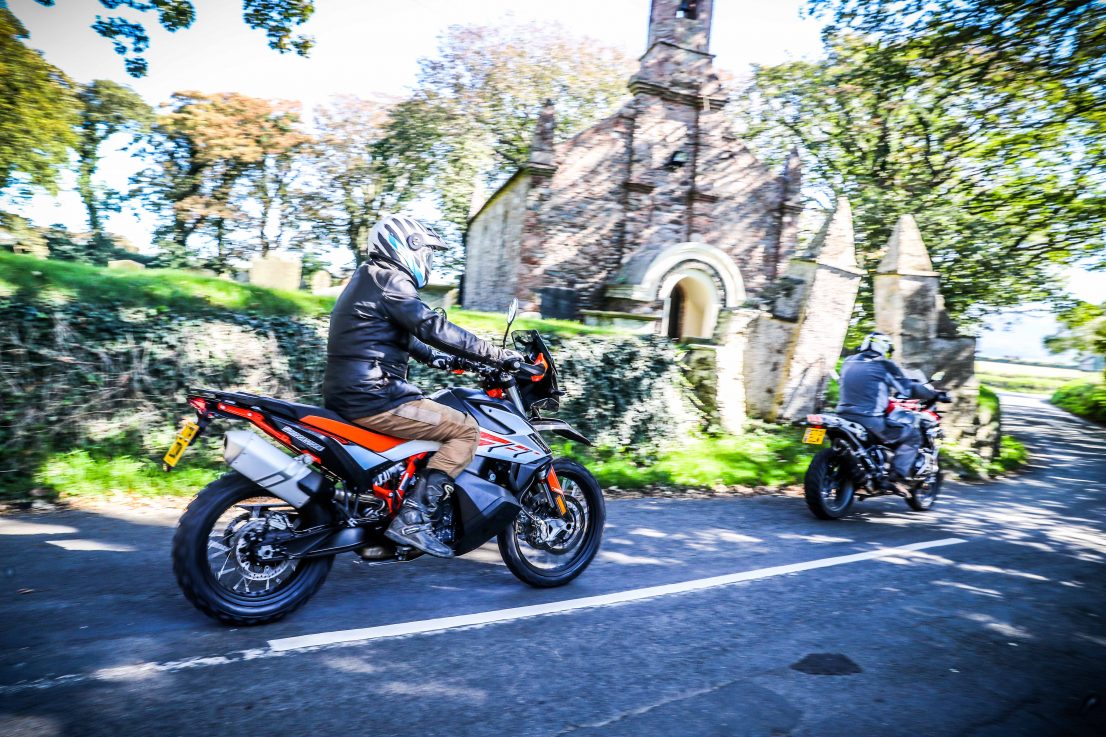