You may travel coach, my friend. But I, I demand business class. Mercedes are putting more luxury than ever into the humble van. And yes, we like…

With RUST’s trusty but sporty Ford Transit otherwise engaged, we needed another set of wheels to transport two bikes and gear from distributor to location for the Scrambler feature in this issue. Mercedes were our knights in shining gunmetal-armour, kindly agreeing to lend us their latest Vito Sport. We requested the LWB version as we needed to get two medium sized bikes and associated kit stashed inside.

In recent years there seems to be a whole new level of car-like refinement filtering down (or is it up?) to vans. Each van range now has its top of the line fancy option, be it a Transporter Sportline with VW, the Custom Sportvan with Ford Transit or the Vito Sport here with Mercedes. These vans are pumping out serious horsepower, a fair 190hp with this van, so they can haul ass when needed, but are also offering the creature comforts of a high-end saloon. And they’re becoming increasingly economic with fuel economy that beats that of family cars of only recent history. We love them!

Our Sport version, here, accordingly has Mercedes’ ‘7G-TRONIC’ seven-speed automatic transmission complete with paddle shifts (very Lewis Hamilton), stop/start technology (a nod to the greens there), driver assist (not a Cornish Pasty holder but a sensor that detects and alerts to driver fatigue), cruise control, ESP (no, it doesn’t read your mind, but a computer micro-manages the van’s load and performance to ensure maximum safety) and a host of exterior styling touches like colour-coded bumpers, not to mention the 17” alloys (gotta have alloys). You can even choose between front or rear wheel drive and the 2017 range offers up to 120kg more payload than the previous generation Vito.

Both bikes loaded easily (minus wing mirrors) with excellent access from both sides thanks to the twin sliding doors and multiple tie-down points. The 190hp power plant offers plenty of grunt even when hauling around 400kg+ of motorcycles – that’s nothing to this motor – and works well with the auto box, which we liked a great deal. Some might like the ‘driving experience’ of a manual ‘box, but we’ve got enough on our minds without trying to optimise gearshifts on the transport legs of our day. That said, playing with paddle shifts is cool fun if you’re in the mood.

The cool aspect here is the performance doesn’t come at a great cost to the environment. Mercedes claim up to 47.1mpg for this engine, while we found we achieved nearer to 40mpg. But bearing in mind much of our driving was country roads driving in the auto mode and with a full load this is still impressive.

The point of difference we found with the Vito Sport over its competitors in this class is just that: class. The Sport element is incidental to the high quality spec. After our Transit and even compared to the VW Transporter you could detect this van has a very apparent higher level of sophistication. Can a van be elegant? The style cues such as the chrome grill echo the style of Mercedes’ executive saloons, and the cab is like a saloon, beautifully appointed, so comfortable. And the motor is quiet and smooth, the 190bhp punch comes delivered in a silk glove. In fact you don’t race the Vito Sport you just let it casually might waft you along. And by heck it looks smart, to the point of restraint – it’ll not look out of place double-parked on Park Lane. It’s a bit posh, eh?

Yep, with those luxury supportive seats, a quality stereo and car-like handling the Vito was a great companion for the feature, doing everything we asked of it with ease. And no, of course we didn’t want to give it back…

Nit-picking time: that colour-coded rear bumper looks cool but is just asking to get scratched when loading – go careful with the ramp. 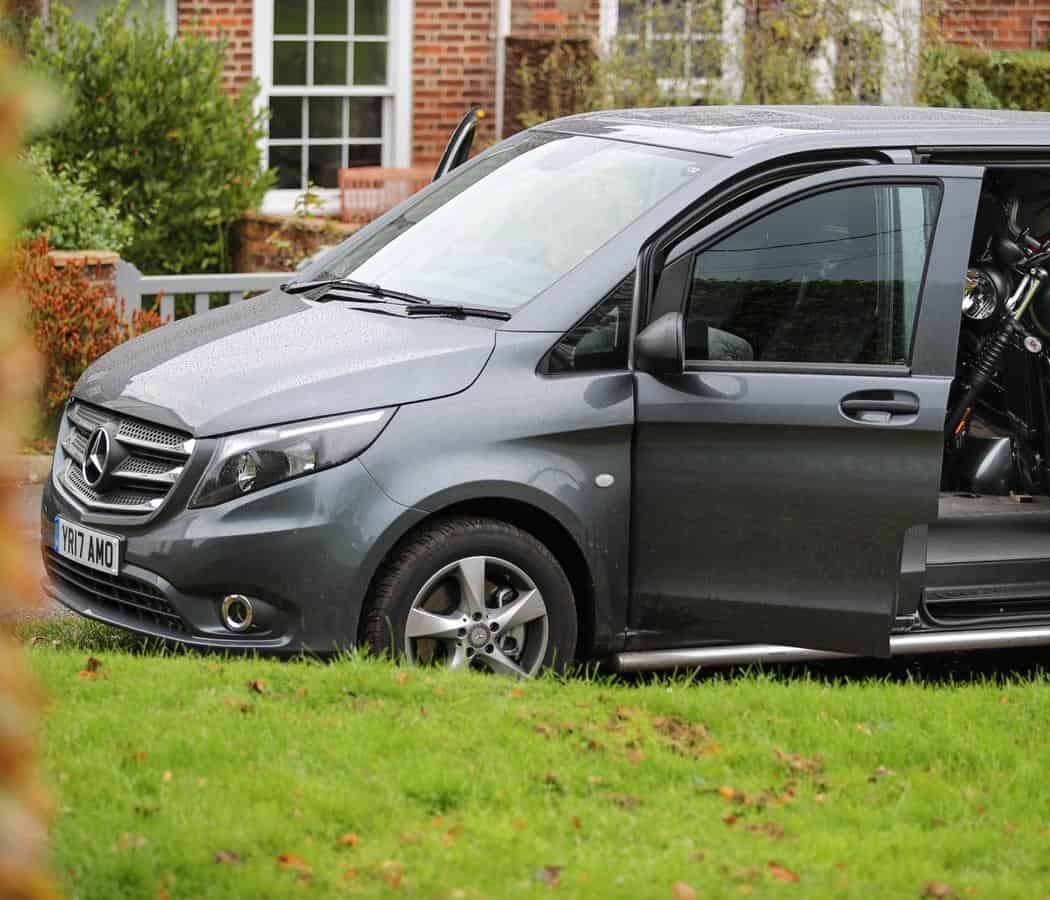 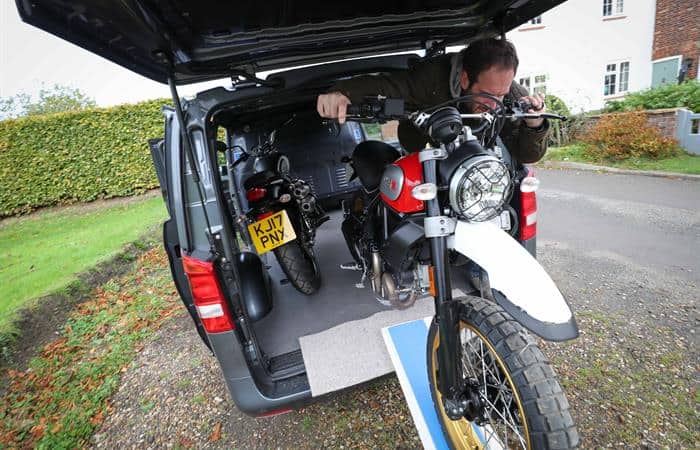 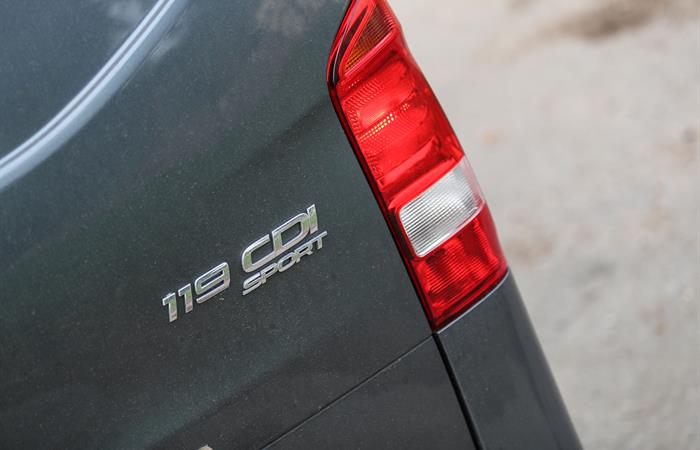