Editor JB shipped his old 1985 Honda TLR250 back to the UK after it lying dormant in a New Zealand garage for over 13 years. It hadn’t been prepped for storage, yet once released from its shipping crate and given a splash of old fuel it started fourth kick. Suitably emboldened, JB decided to recommission the TLR, and see if he can rekindle an affection (love would be too strong a word) for trials riding. So far just about everything he’s touch has broken or crumbled. Check out RUST 13, 15, 19, 25 & 27 for previous instalments.

Okay this is a bit of a mini-report as there’s only so much to report. Now, as it is for a lot of folk, what you want to do and what actually gets done are two separate things when priorities take a hold… 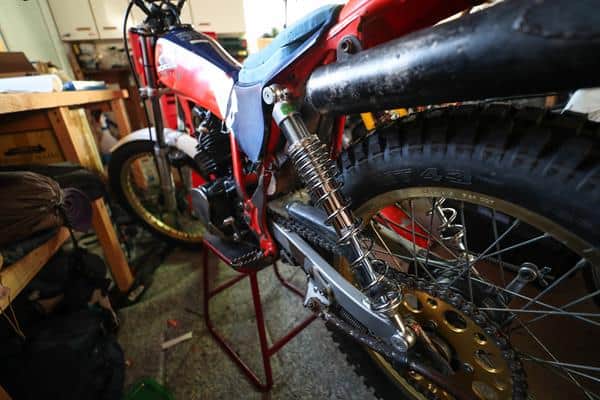 Chris Evans was on the phone. “I couldn’t do what you’re doing.” “What am I doing?” “You know, running that old TLR as it is. I’d strip it, get the frame sprayed and all that.” A wave of guilt washed over me. “Yeah, but I worry that if I made it all new again I’d be too afraid to ride it.” I’m not sure even I believed that. Maybe I’m just lazy. Or scared.

So I’ve made something of a pact with myself. This year, with a following wind, the house gets its extension built, complete with new garage. When that’s done for the first time in my lifetime I will have a real clean, clear sizeable workshop space, so then I’ll strip the TLR and do a full resto, it’ll be my winter project of 2018-19.

For now, I’ll keep applying the virtual sticking plasters and get out and ride it more. I’m hoping for six trials, if I can, over the year.

Yeah, I treated myself – or rather the TLR. Having narrowly missed out on a pair of NOS TLR shock dampers, I decided it was time to take the plunge and just buy new shocks. Some might recall in RUST #27 I reported how the old shock on the left side blew its seal at the one and only trial we rode last year. With no rebuild seeming possible and having procrastinated too long it was time to do some buying. So a call to Dave Renham at InMotion Trials revealed a set of OZO Pro shocks (£150) would do me – at my level – just fine. There was only one variable, the spring weight, and given my weight the heavier 50lb spring was the choice. Nice shocks these are too. I like the design and finish, a combination of chromed steel and milled alloy, and there’s a little tech involved too, given separate oil and nitrogen chambers in the damper. I would love to have gone gold standard with a pair of British-made Rock Shocks, but they’re double the price, and I need to spend on toys for the rest of the family, too. So needs must. Even so, I’m pleased, and boy between the shocks and the new chain and sprockets there’s a bit of shine coming back to the old bike…

Another element needing some attention has been the six-piece rear mudguard. It should be one-piece but instead is a shambles held together by alloy plate and pop rivets. The ultimate plan here is to simply replace it with a new RTL-type guard from a TLR/TRL specialist called Dave Pearce who has an Aladdin’s cave of parts in his stores in the south of England. But just before I sprung the cash with Dave an old original came up on eBay. At £30 it’s half the price I’ve seen previous ones sell for, so I snapped it up. Ultimately I know it’ll end up on a shelf, I’m 100% sure, while one of Dave’s will take pride of place. But for now, this lovely old original guard is a small step in the right direction. A small step.

Reality is I need to get cracking. I’m a bit half-assed right now. I managed to buy some new fork seals and dust caps but forgot to get in some new fork oil… I’ve got some fresh 10-40W oil ready for the motor, but I need to get a new o-ring rubber seal for the oil filter… Yeah, I need to join up my thinking. There’s pitiful little to be done, but between magazine (aka my job), family and commitments to sailing (don’t ask), progress is glacial.

So to wrap up this short update. I need an afternoon (or two) working on the bike. And after that I need to get an entry in for a local trial. The sooner the better because with plans for the odd rally and a big ride in Mongolia coming up, I need bike time. 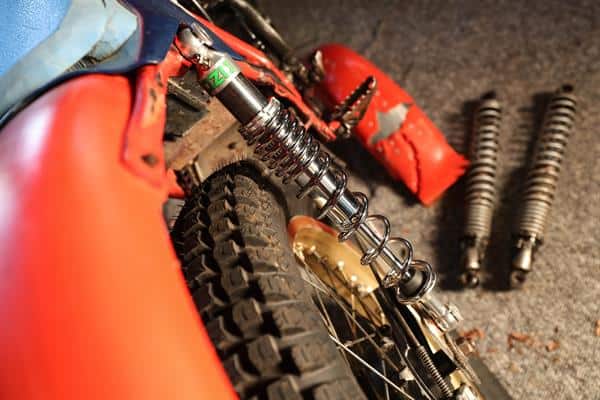 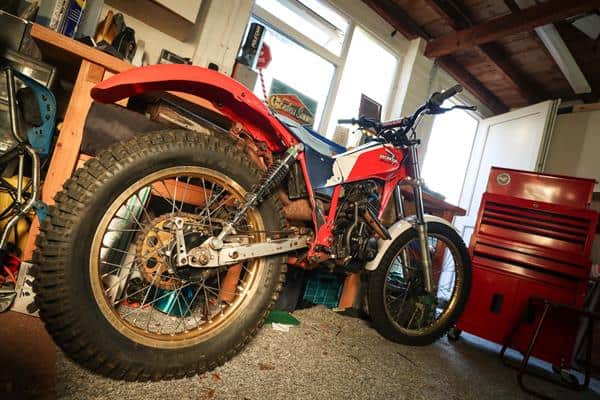 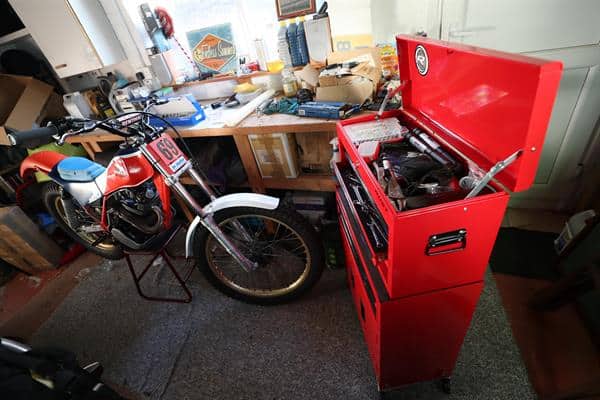 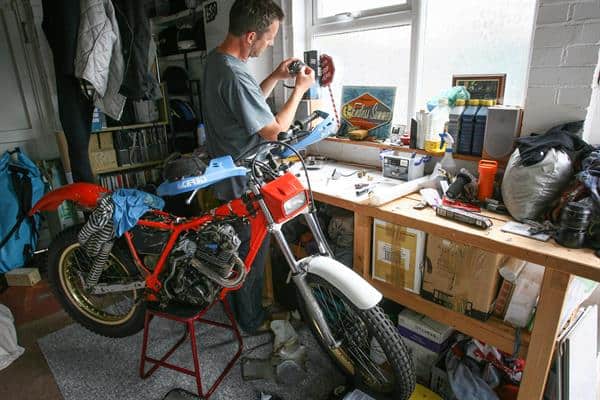 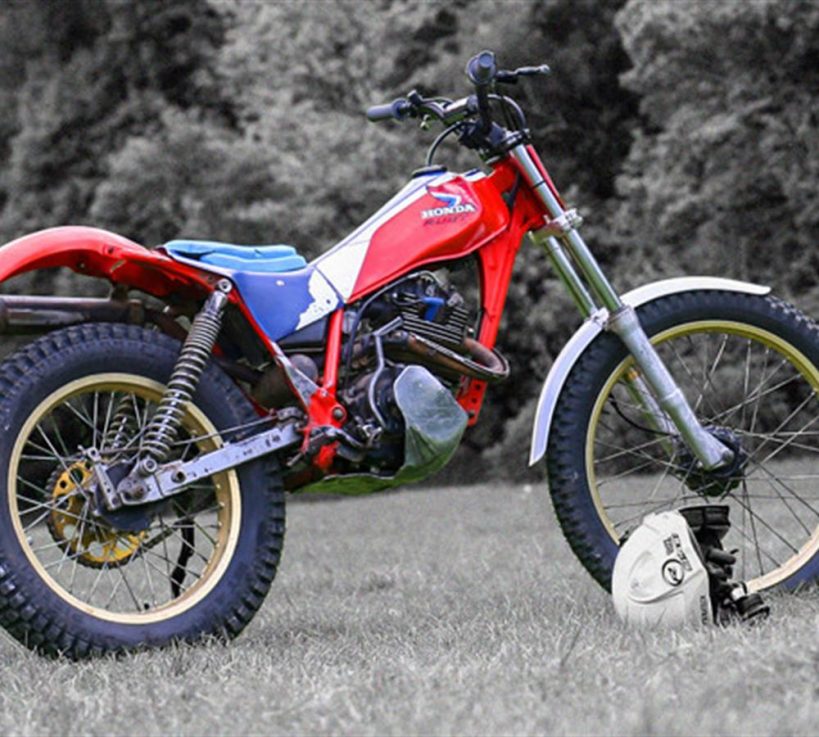