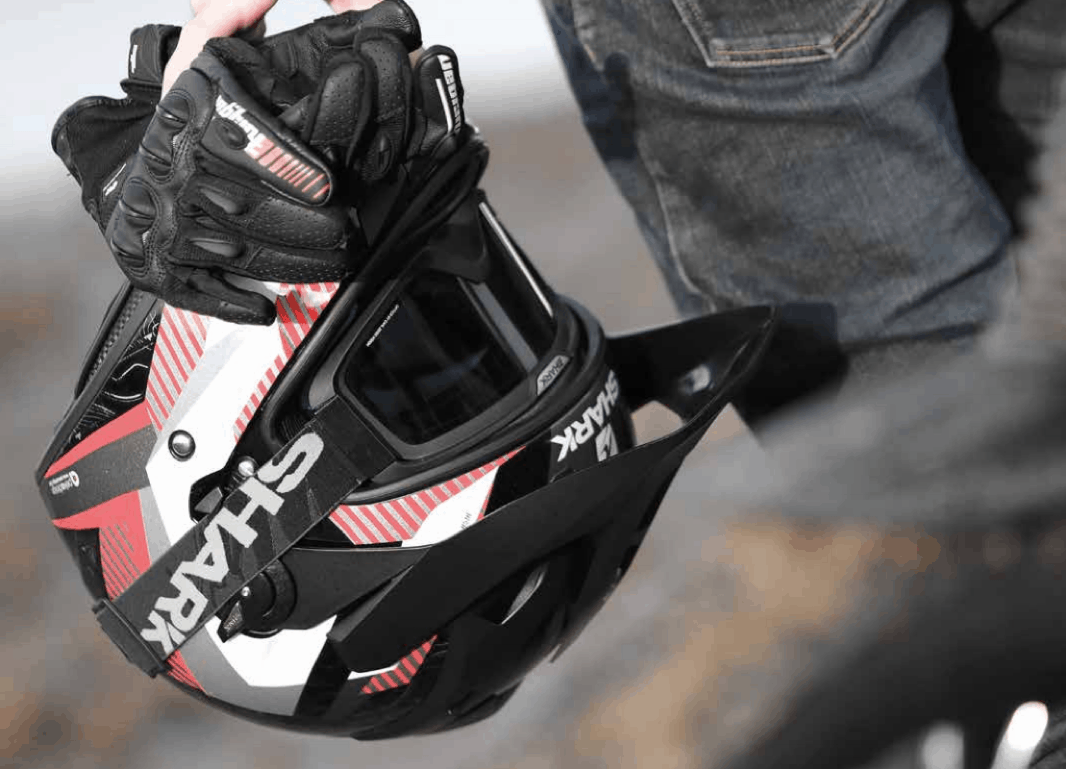 The Shark Explore-R has been around for a few years now but this new version has an attractive new graphic from design house Peka. There are multiple combinations you can adopt on visor-peak-goggles (which all come with the helmet) for on- and off-road use (ie. visor only, visor and peak, goggles and peak, or goggles only – the latter for that 4-man-bob look) and after all of that there’s also a drop-down sun visor.

So far I have used it in the most dirt-orientated setup with the peak and goggle combi – nation. The seal between the helmet aperture and the goggles is perfect not allowing any water in whilst riding but allowing just enough airflow to keep the goggles from fogging. The goggles are of that quick-release strap type, which works well enough, although occasionally is a faff to hook-up. The styling is a selling point. It’s a mix-up of adventure and urban street and heritage looks, which at least gives it some versatility in use. The street bit is reflected in the generally close fit, with the big chin bar being much closer to your face than on the usual off-road offerings. You wouldn’t want to be wearing this on a hot day in tight, tricky going. Quality is high-end, being constructed from a carbon aramid and glass fibre weave and the com – fortable lining material is both anti-bacterial, moisture wicking – and washable.

Weighing in at 1550g with the larger shell size it isn’t the lightest lid around but I never found it too heavy and appreciated the quality noise insulation during faster road riding. For extended faster road riding you can swap out the goggles and peak for the visor, effectively turn – ing the Explore-R into a road lid, offering real flexibility whilst touring and covering longer distances. And it has recesses already in place for a Bluetooth kit, or their own Sharktooth (geddit?)custom-made kit. There’s a lot of lid for your money. 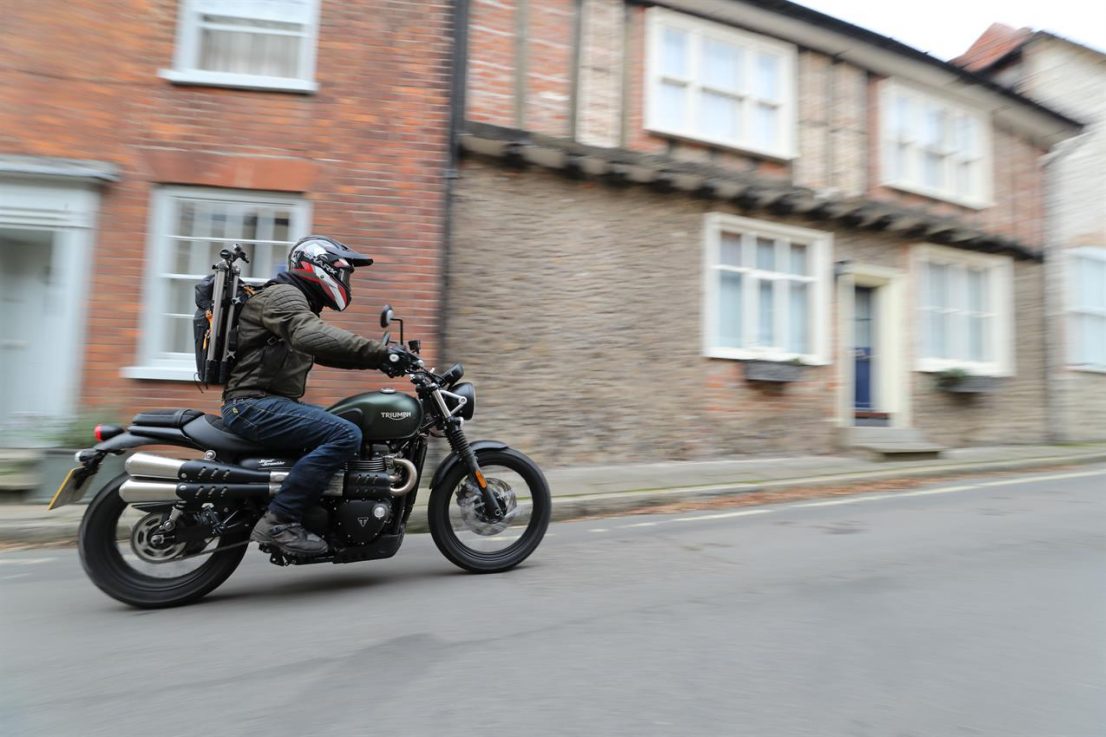 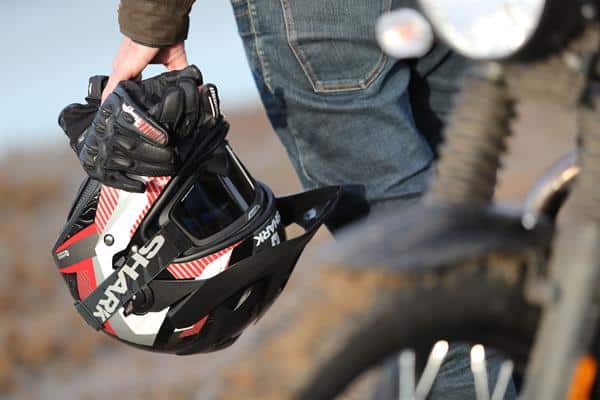