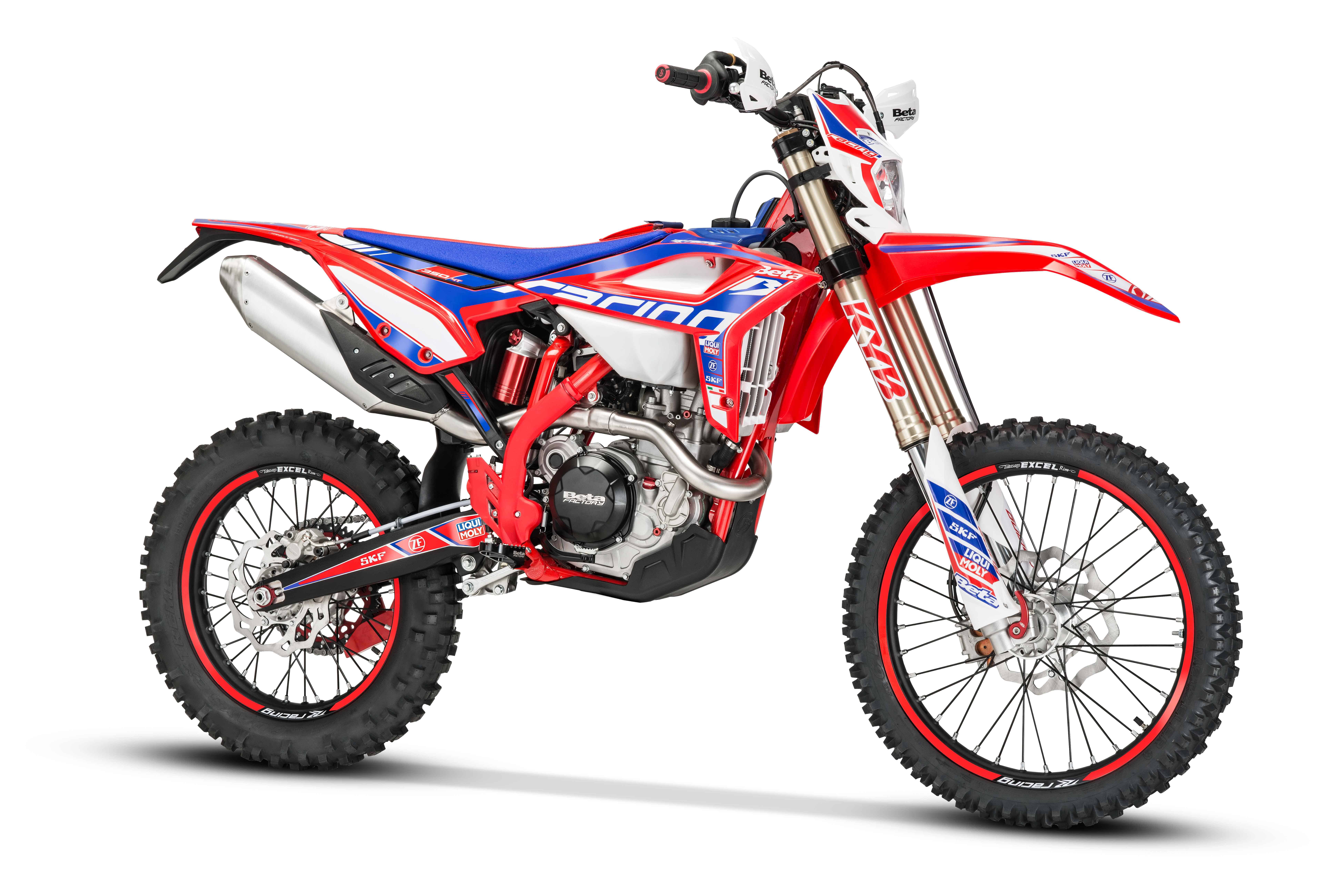 Bang on schedule, Beta has launched their RR Racing models for 2020. The Racing models feature competition-specific upgrades over the standard models, designed to keep the rider at the head of the pack.

Biggest performance boost is likely to come from the 48mm Kayaba (KYB) AOS closed-cartridge forks. Kayaba forks are as good as No.1 in the off-road fork scene right now, and Beta say they’ve made a close collaboration to create a bespoke set-up for the Betas. This should be a Good Thing as the ZF by Sachs forks, while good, are not a quite full-race set-up as they come from the factory. The forks are clamped by a new black-anodized set of triple clamps.

The shock is an upgrade, too. Still ZF by Sachs, but it’s a 46mm unit with refined settings, probably to match the new forks.

On the two-strokes, to save weight, the automatic fuel-oil mixer is dispensed with so the rider now reverts to the time-honoured premixing of fuel.

The rest of the upgrades are as follows:

· New expansion chamber: improves performance across the entire power curve, especially at high revs where it boosts acceleration (125 2-stroke only).

The Racing models will be available from October. 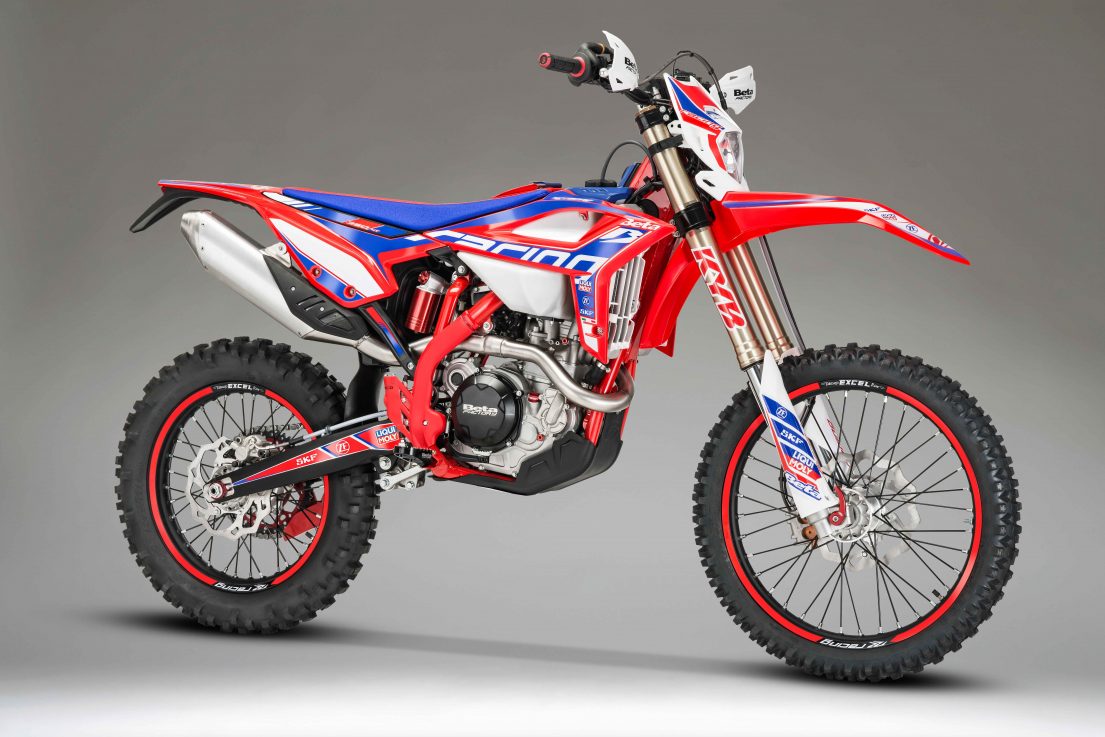 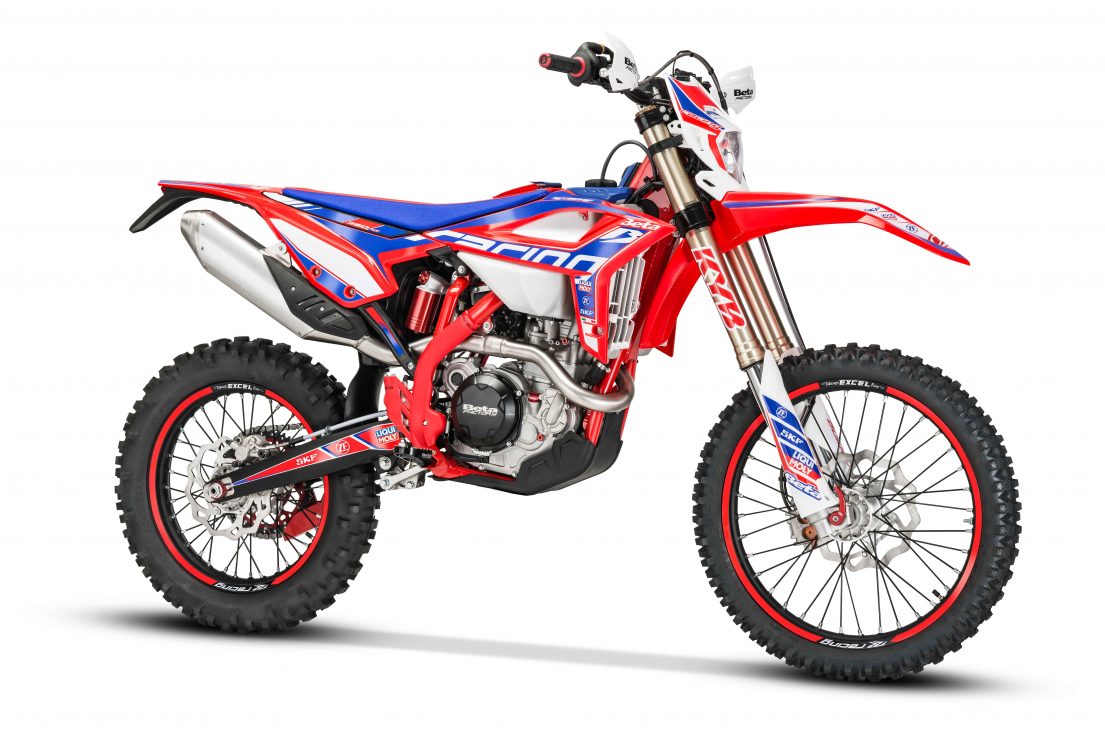