KTM introduce the first fuel-injected two-stroke 150cc enduro – the 150 EXC TPI – and improve every bike in the range.

Are they better and should you buy one? Simply put: yes, they are that good.

KTM claim that they have made collective changes to both engine and chassis amounting to a whopping 60% over previous models.

The best stock suspension WP have produced to date. KTM have refined the Xplor fork to a point that it rivals the legendary Kayaba forks. I have always been critical of the WP forks in the KTMs so it was a true pleasure to experience these. The forks now feature a new mid-valve piston to improve damping, plus new upper fork caps with new clicker adjusters.

The bikes have all been nipped and tucked. They are all slimmer and more streamlined than any previous model EXC. The radiators have been lowered 12mm which allows the shrouds to mould into a very neat and narrow front end. This improves the ability to lean the bike into corners and contributes to a better cornering feel overall.

The chassis has been made stiffer and you can feel it most when negotiating steep climbs, or when hard on the brakes or heading downhill. The bike feels more balanced as a result.

The cooling circuit had been upgraded by replacing the in-frame T-piece with a wider tube improving the flow through the system. KTM claim a 57% improvement. If you’re a KTM owner you will know that this upgrade has been long awaited. Here at RUST we have always replaced the previous part on our two-stroke KTMs with a Samco Sport part. This probably won’t be necessary now.

The backend of the bikes are narrower which is very noticeable when shifting your weight over the rear fender on steep downhills.

Additional seat foam and a new seat cover combine to provide both comfort and a connected feeling to the bike.

The engine mounting on the 300 and 250 two-strokes has been tilted 1-degree forward, the engine mounts replaced with aluminium ones to improve handling.

The TPI oil tank has been upgraded and now features a flexible plastic mounting bracket to improve longevity and reliability.

KTM introduce the all new 150 EXC TPI. The first in this displacement. 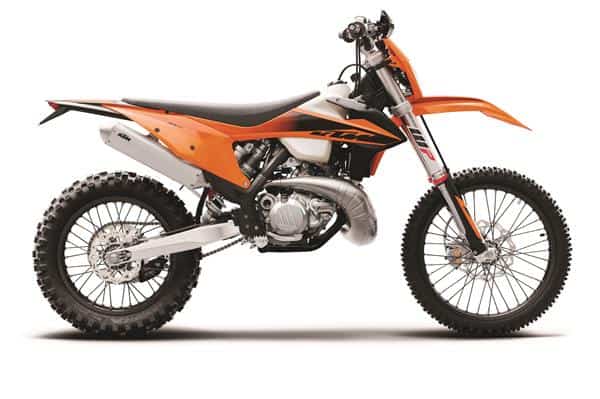 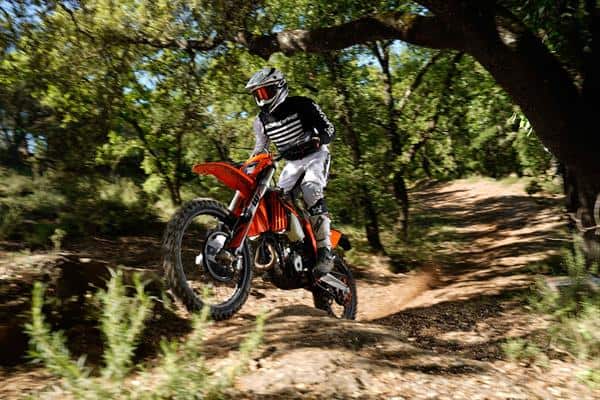 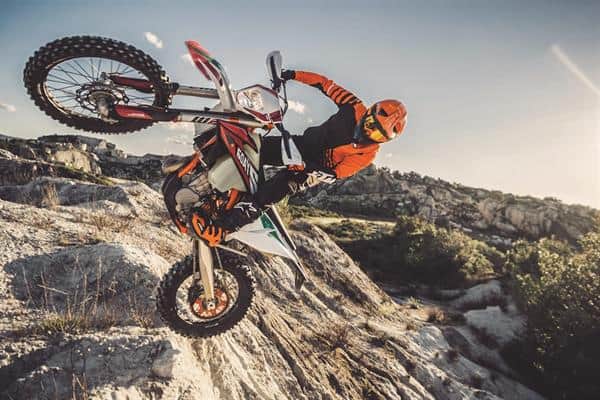 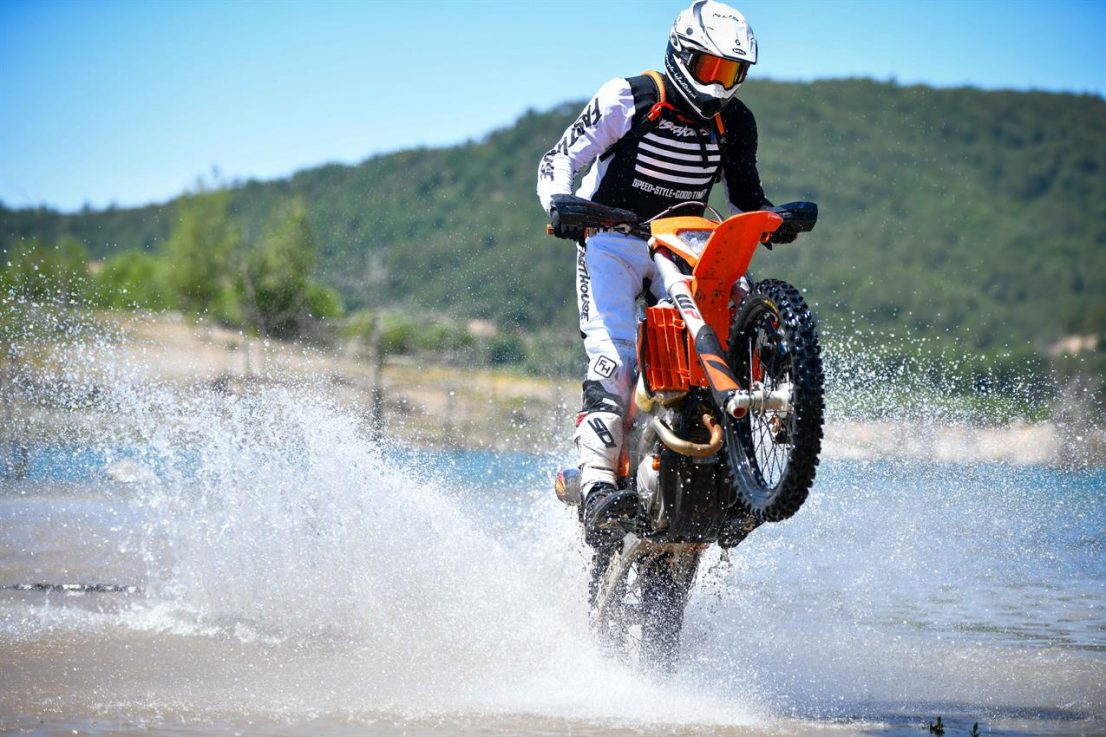 The launch was held at Basella in Northern Spain and for good measure the 12.5km (8 mile) test loop we were riding was scouted and mapped by the promoters of the legendary Basella extreme Enduro race (add link). The track was a good mix of mountainous terrain littered with rocky climbs and downhill steps, tight woods and wet and tricky ravines. This provided the perfect combination of terrain to test the features and performance (ride-ability rather than horsepower) of the new bikes.

WHAT BIKE FOR WHICH RIDER?

Not the best choice for the majority of riders in Europe. Best suited for Clubman A riders or better. Great for the great outdoors; Australian and American punters riding in open terrain are going to love these bikes.

This bike is both smooth and brutal. Be slow on the throttle and the bike is silky smooth, has tractable power and ticks its way through snotty terrain at idle speeds. Crack the throttle past the first quarter and you had better be prepared or be in wide open spaces! The power is instant and quite brutal. Fantastic if you are out in the desert but it can be disastrous in small spaces. If you lack finesse on the throttle this bike can bite. Don’t let the smooth low-end tractability lull you into overconfidence.

Conversely to the 500, the 450 is snappy and urgent from the get-go. KTM have reduced the stroke of the 450 over the 500 which makes the power delivery much punchier, as you would expect. I felt that the bike lacked feel in the throttle. It barks! It feels like it has places to go and is in a hurry to get there. In tight enduros this is a bike is best left to the experts. This bike is not for the general public – it’s ready to race for sure and if I were making any buying decisions this would not even be on my list, notwithstanding 40 years riding experience. The 350 is way better for most riders and the 500 is much smoother than the 450 if you ride in the desert.

The top dog in my opinion, beating out the 250TPI by some margin for my best bike honours. The 350 has a relaxed and calm feel about it, the engine delivers low-end useable power but has the ability to deliver a good grunt of horsepower when needed. It is extremely versatile and felt the most stable under braking. The 350 may not be the best selling KTM EXC – a title held by the 300TPI but it should be, or at the very least share the title. It’s best suited to Clubman riders and above and is naturally at home in both tight and open course riding. Note: I would only substitute the 350 for either a 250 or 300 stroker for extreme enduro competition, but for everyday riding and racing it’s the 350 that shines.

A great bike for the weekend warrior, novice or Sportsman rider. This bike is light, forgiving and very manageable. It inspires confidence. It’s busier than its bigger brother, the 350, and wants and demands more work to keep the bike at peak power in the mid-range. I struggled to find the power I wanted and was perhaps too lazy to have to ride that way to get the engine to cooperate with me. The engine mapping and traction control make this the most appealing bike in the range for the general public. It’s aggressive enough to make a good race bike without being brutal and yet calm enough to be loads of fun messing about on. 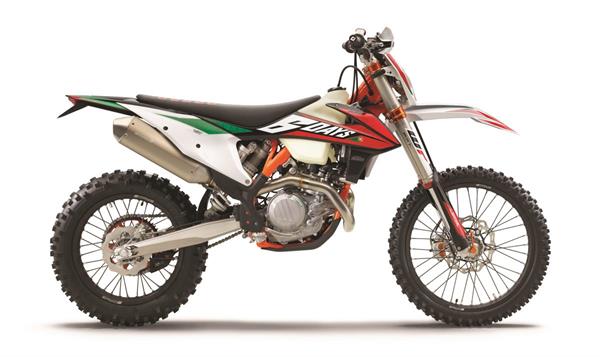 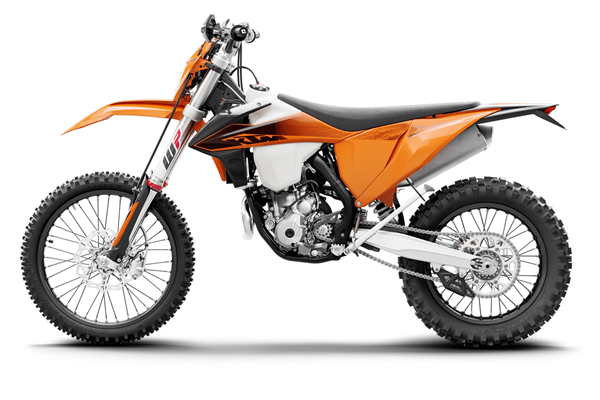 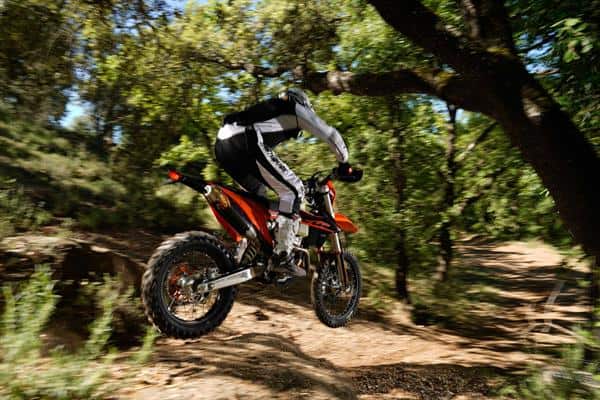 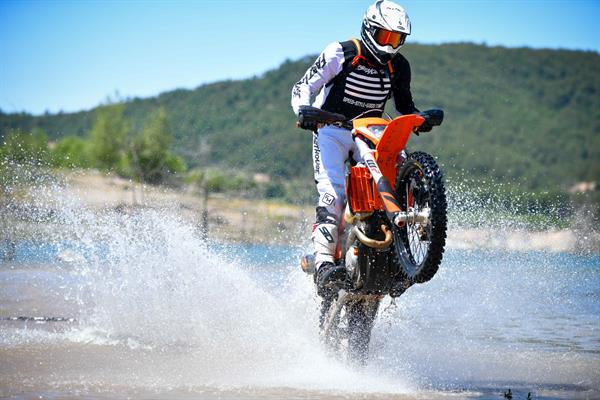 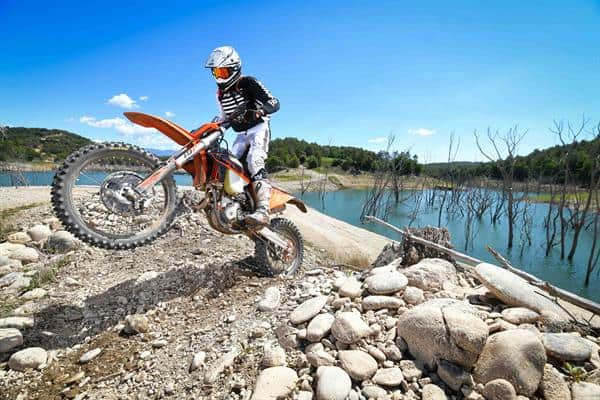 Wow – what a fun bike!  The best bike for youths and novices, but in discussions with other riders, Pro to Sportsman, consensus was if they had the money, they would buy one to mess around on. It pulls down low with the characteristics of a 200 and yet screams at the top-end like a swarm of bees. It’s light and precise and not at all intimidating. In the right hands this bike is a weapon and I can see this being a starting choice of future champions.

The most appealing and versatile model in the two-stroke range. This bike is suitable for the majority of either recreational riders or racers alike. As a veteran I preferred the 250 EXC TPI to the 300 on the basis that I would be able to preserve my energy on longer competitive rides than I would be able to manage on the 300. The 250 is not underpowered, and the throttle response as instant as it is I felt that the bike needed a little encouragement to turn on a dime and deliver immediate power to propel you up and along the track without faltering.

This bike needs no introduction. The weapon of choice for most professional extreme enduro riders. It’s not for the faint of heart and definitely not the best choice for riders below Clubman level. I have owned, ridden and loved 300s for over 15 years but now that I’m in my 50s I would choose the 250 over the 300 on most occasions. Fitness, finesse and talent are rewarded handsomely aboard a 300. If you’re in the market for one do yourself a favour and get yourself in shape to get the best out of the bike. Its power while linear and instant is also commanding. It ran a little lean for my liking down low but that can be easily fixed. KTM’s top seller, though! 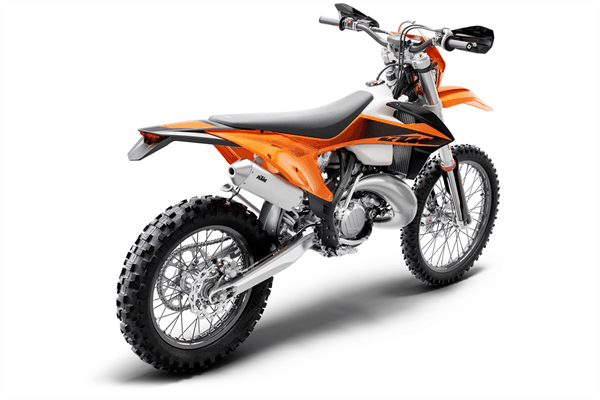 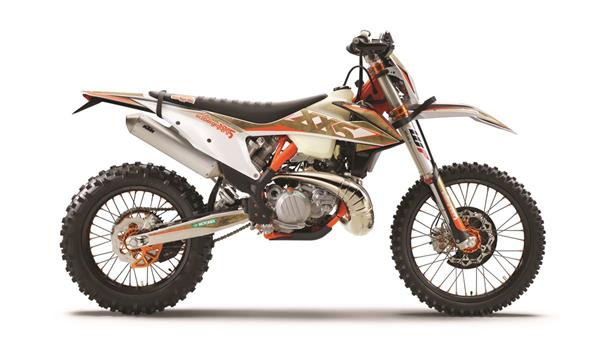 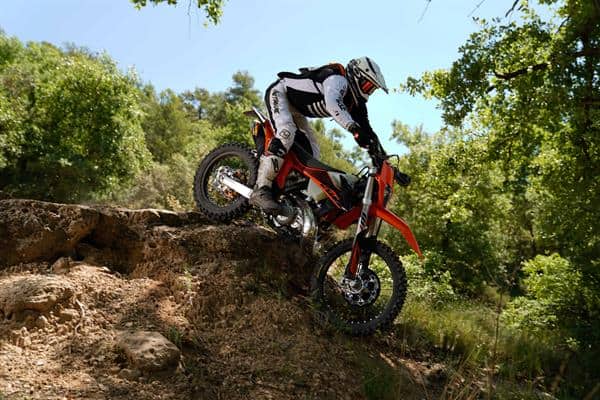 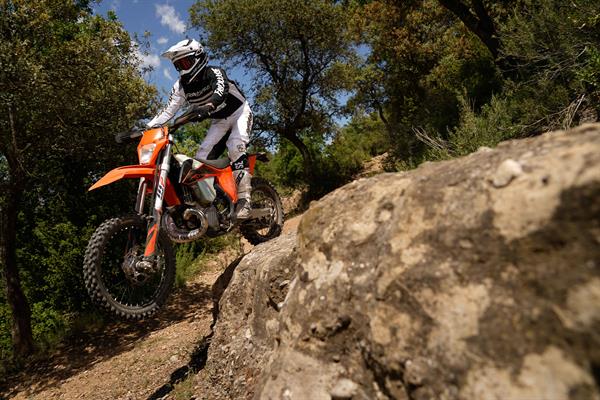