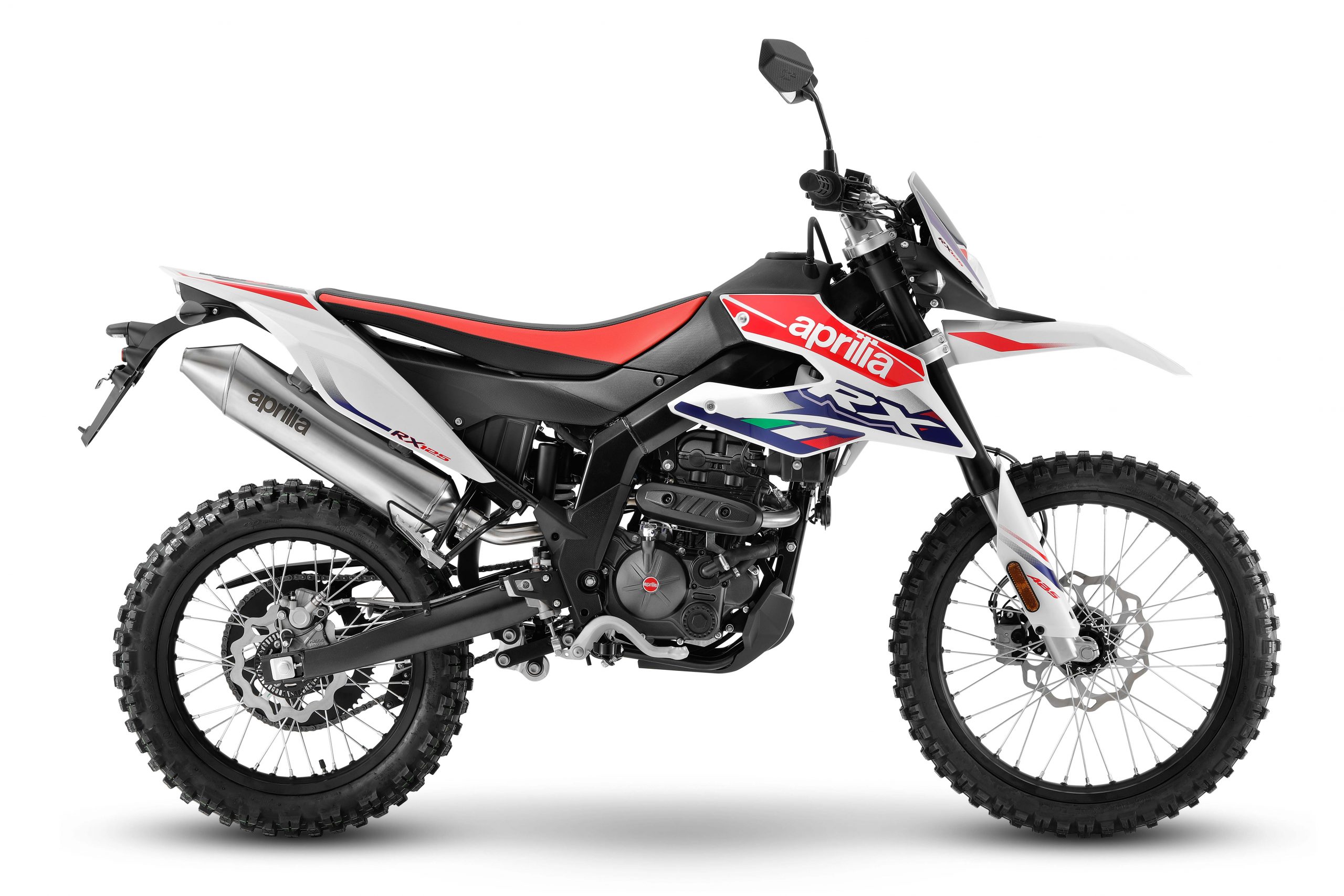 Hot on the heels of Beta’s new 125cc four-stroke trailie, the RR 125 LC, fellow Italian company Aprilia have today revealed news of their latest update of their long-running RX 125. Those with long memories will remember when the RX used to be a two-stroke, but these days it features a sophisticated four-stroke motor designed to meet the EU’s directives on emissions and power output to meet rider licencing.

A lot of focus has placed on attention to the trim, says Aprilia, the frame, as well as the engine, the swingarm, the wheels and the double-section aluminium handlebar are painted an attractive glossy black, whereas the fuel tank profile is new. The Rally Tribute colour scheme is also new, characterised by typical colours from Aprilia’s off-road heritage. There is a compartment under the seat where the USB port can be mounted (one of the available accessories).

Confirming their commitment to building advanced motorcycles that are versatile and practical in everyday use, Aprilia has equipped the SX and RX with sophisticated, compact, modern and easy to read digital instruments; as well as offering more common functions. Its new features also boast the travel diary with the possibility of viewing top speed and two trip odometers showing the miles travelled during riding sessions.

The new engine is a 15hp liquid-cooled DOHC four valve single-cylinder four-stroke, entirely revamped in the thermodynamics area, with a new head for the redesigned combustion chamber, new intake and exhaust ducts and a new iridium spark plug. The camshafts have been reshaped with more aggressive valve control, while the valves feature bucket tappets. The entire intake line has been redesigned and now has a brand new air filter. The throttle body is now located in a higher position in order to make the intake air flow to the head more direct. The exhaust line was similarly redesigned and has a new exhaust system featuring a new and more efficient catalysis system, as well as a new steel silencer. Aprilia say the torque curve is now even more robust and maximum power is developed at lower revs which, among other things, allows for lower fuel consumption, thanks in part to the refined electronic management by the new Marelli MIUG4 ECU. On the road, this translates into more responsive performance when the throttle is twisted, providing more fun in sport and easier handling in city commutes and off-road riding alike.

Aprilia say the RX boasts advanced suspension and a class-beating brake system with ABS, offering ‘extraordinary, perfectly controllable stopping power’, greater safety and better efficiency. Aprilia is the first to introduce the Bosch ABS system with anti roll-over mode in this market segment, which acts on the front wheel, on one hand guaranteeing precision and total control in braking and, on the other, regulating rear-wheel lift in the hardest braking. The RX is fitted with a 260mm front disc and 220 mm rear (both wave type).

The twin-tube steel frame is combined with 41 mm USD forks with 240mm wheel travel. At the rear, the long swingarm features a monoshock featuring progressive linkage and offering 210mm of wheel travel. 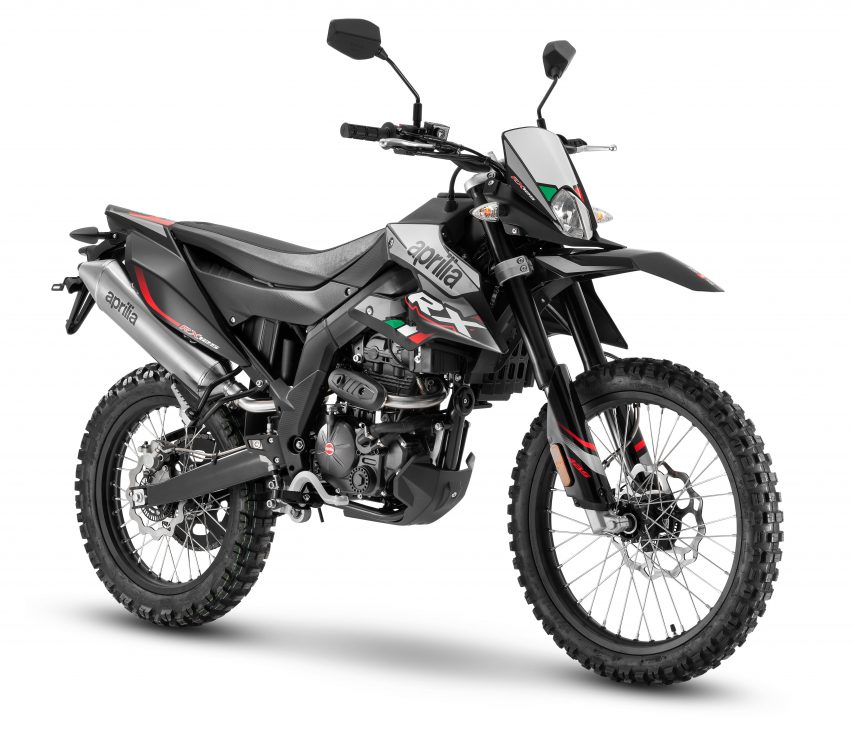 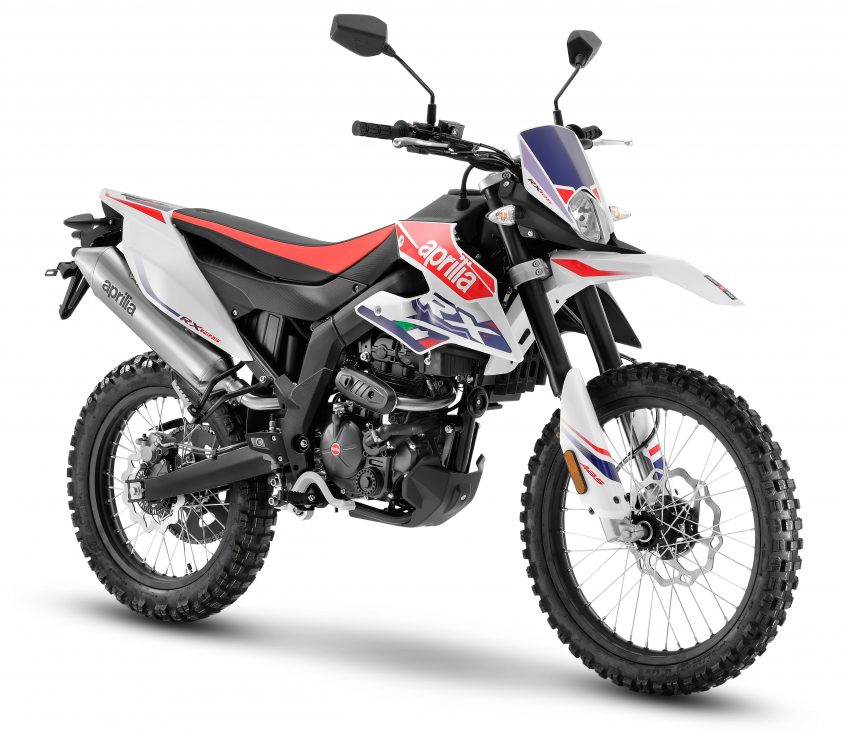 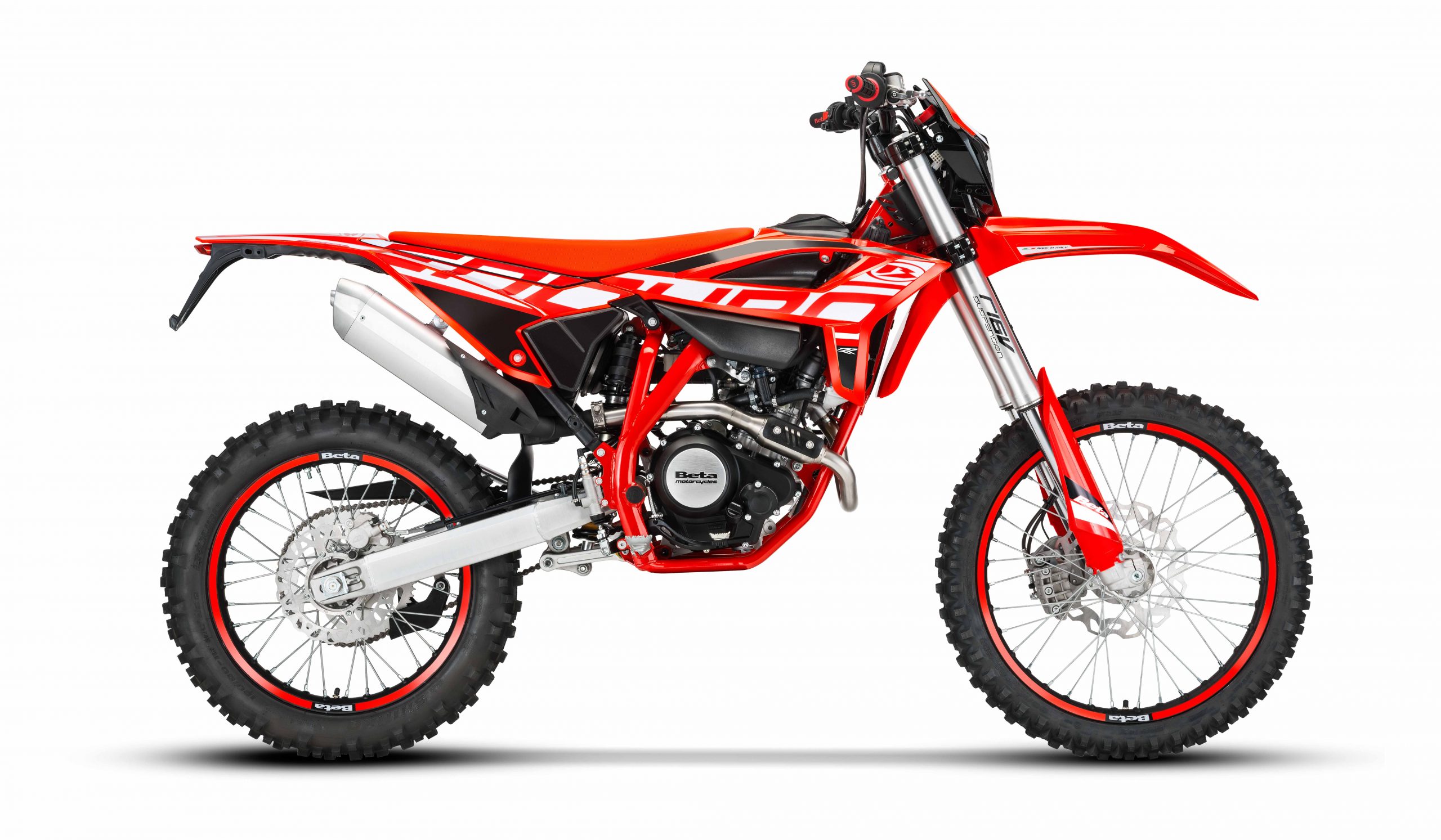 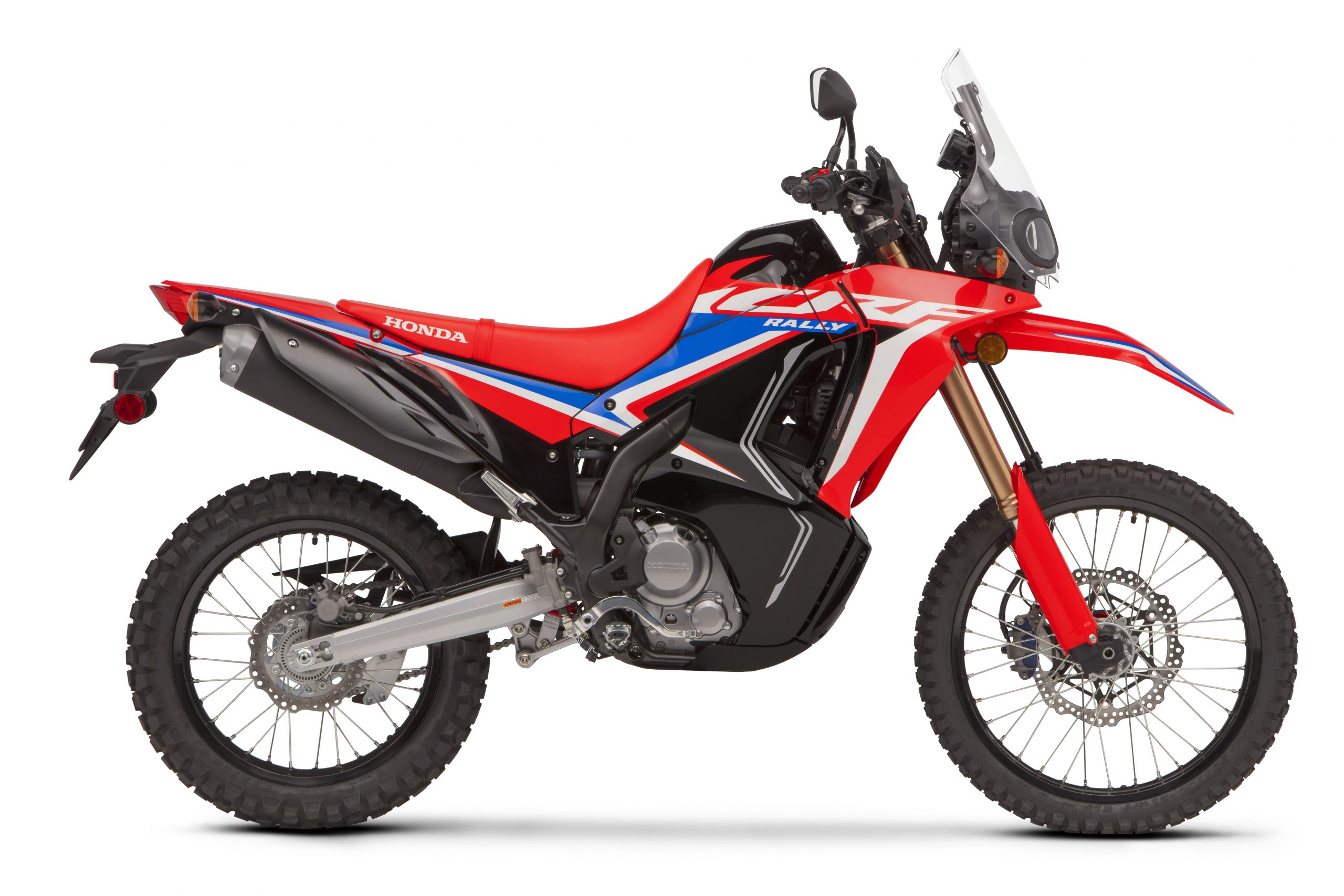