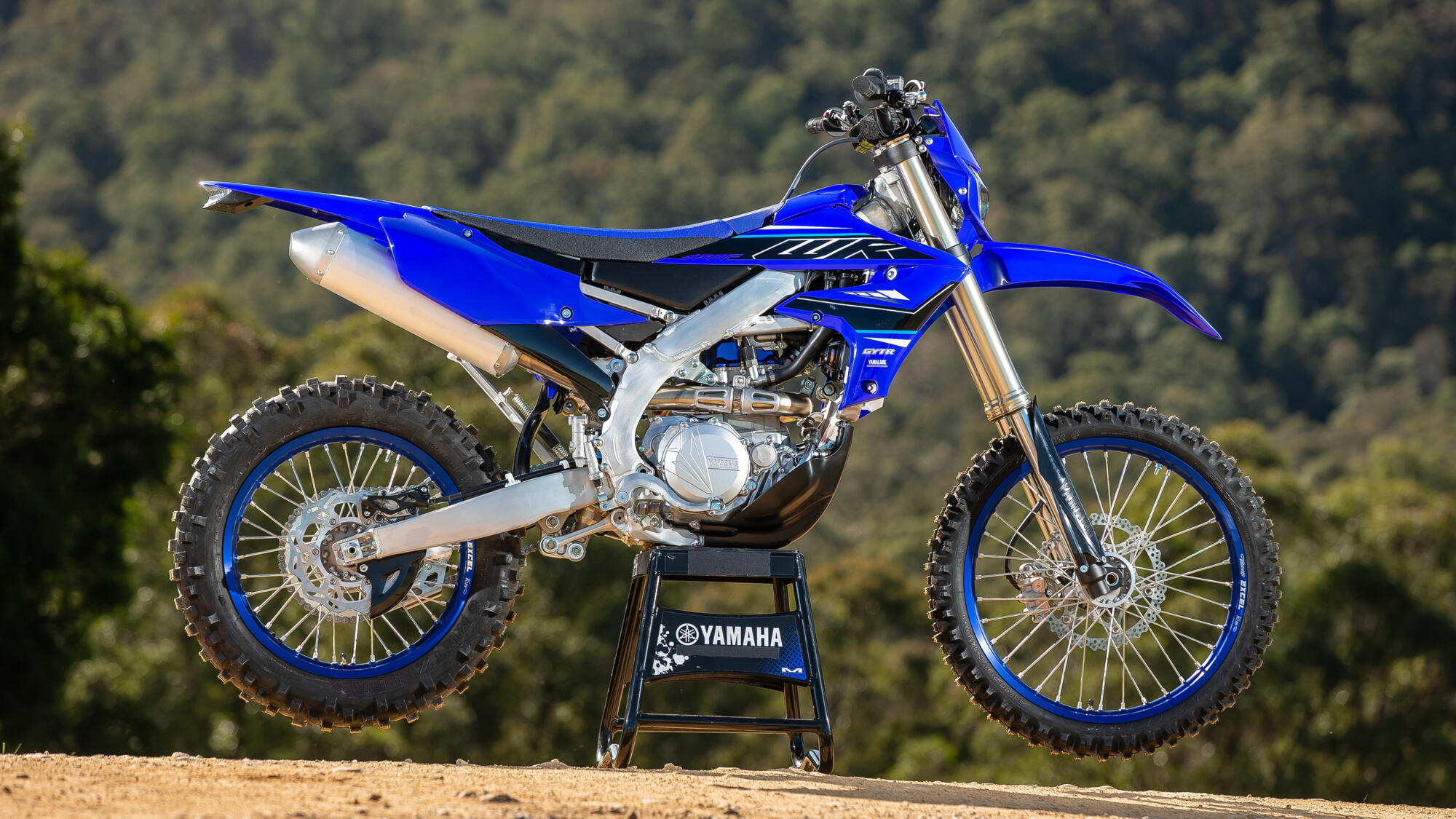 We heralded the 2019 update to the big WR-F as something of a breakthrough, as Yamaha had found a great balance between power and ease of use. They’re promising more of the same with the latest motor. ‘Even stronger and more controllable power across the rev range’ is their promise, this coming from an engine that is lighter and more compact than the previous unit. As before the WR gets an enduro-bespoke mapping of its fuel injection and ignition matched to ‘model-specific intake and exhaust systems’.

In more detail: there’s a new, lighter cylinder head and piston and the compression ratio has increased from 12.8:1 to 13.0:1. As well, the intake port shape has been revised and the intake and exhaust valve angles have changed significantly from 21.5 degrees to 14.5 degrees which Yamaha say creates a more concave thus more efficient combustion chamber – and so stronger power right across the rev range.

The cylinder head is thus more compact. That narrower valve angle means the camshafts are closer together, while being lower (closer to the crankshaft) than before, and together with magnesium parts the smaller cylinder head saves 310g on the previous setup. Yamaha say this further improves the WR’s mass centralization and lends the bike increased agility and a lighter feel.

As before the mapping can be adjusted using an App on your smartphone. And there’s a handlebar-mounted switch to allow the rider to swap between two maps while riding. Fuel injection is by Mikuni, through a 44mm throttle body.

For 2021 we get new radiators, now angled to meet the incoming airflow ‘more directly’ while a thermostatically controlled fan helps on hot days.

The gearbox on the WR-F features gears with a larger surface area than found in the YZ-F for smoother shifting and increased durability. The bottom three ratios are lower than found on the motocrosser, while fifth (top) is higher. So we deduce fourth gear must be the same… 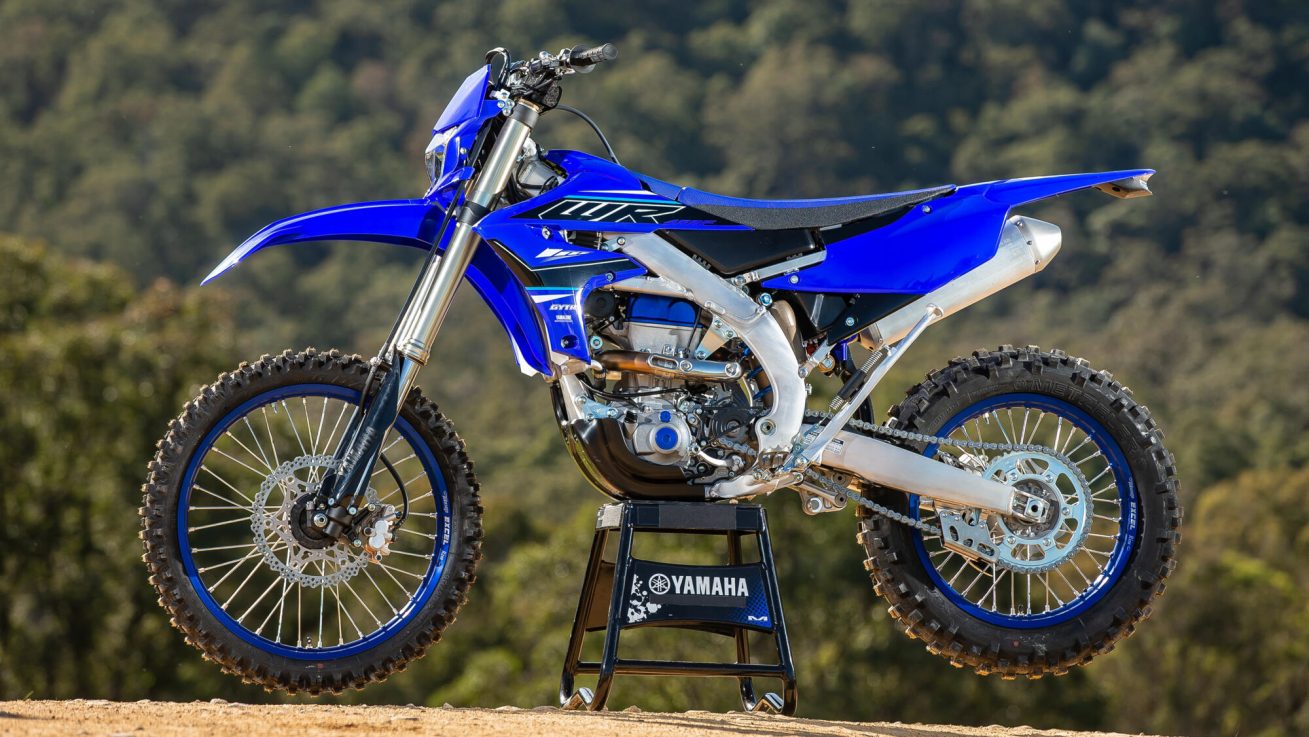 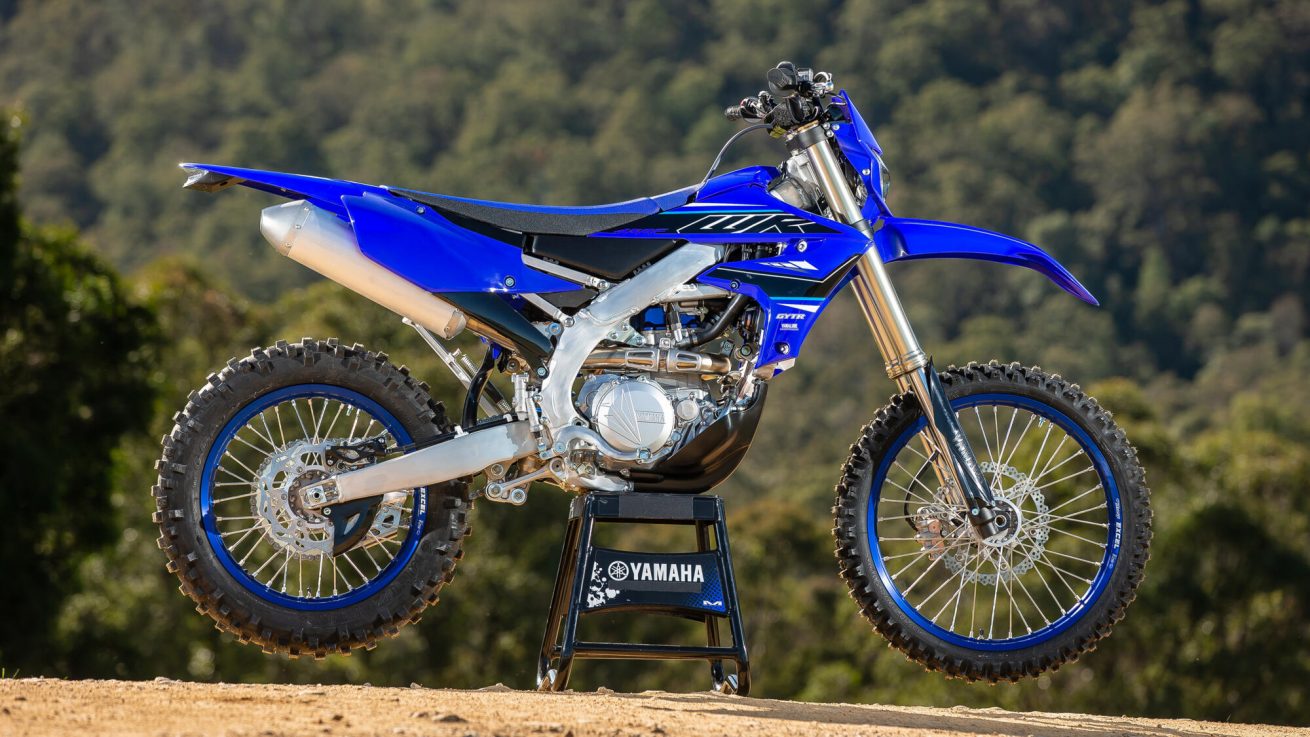 Of course the frame looks very much like the last one, but as ever the devil is in the detail. Working from the 2020 YZ-F frame, the WR-F gets thinner main spars and thinner bottom tubes, while the shape and ‘bolt tightening stiffness’ (do they mean torque?) for the front and rear engine mounts are also different. In all, the changes are said to give better feedback and feeling of connectivity with the track (ground).

Allied to this is a lighter top triple clamp while the front axle and bar mounts have been redesigned – that handlebar position being 15mm forward and 5mm lower than the 2020 machine. Suspension is KYB (Kayaba), again taken from the YZ-F but with enduro-specific settings.

The braking system has seen a major makeover. The front disc is now 270mm which gives a 16% increase in contact area while bigger brake pistons add 25% to brake pad surface area – so we can expect stronger braking.

The footpegs are now made out of chromoly, where they were previously stainless steel – saving 70g.

And that’s about it. It certainly looks bang-up-to-date, and super-sharp. Hopefully Yamaha has found similar settings to that they had on the previous WR450F as we loved that for its newfound ease of use and great tractability. Hopefully we’ll have a full test coming soon.

And buy one now!

Yes availability is said to be from October 2020 – so you can buy one now. 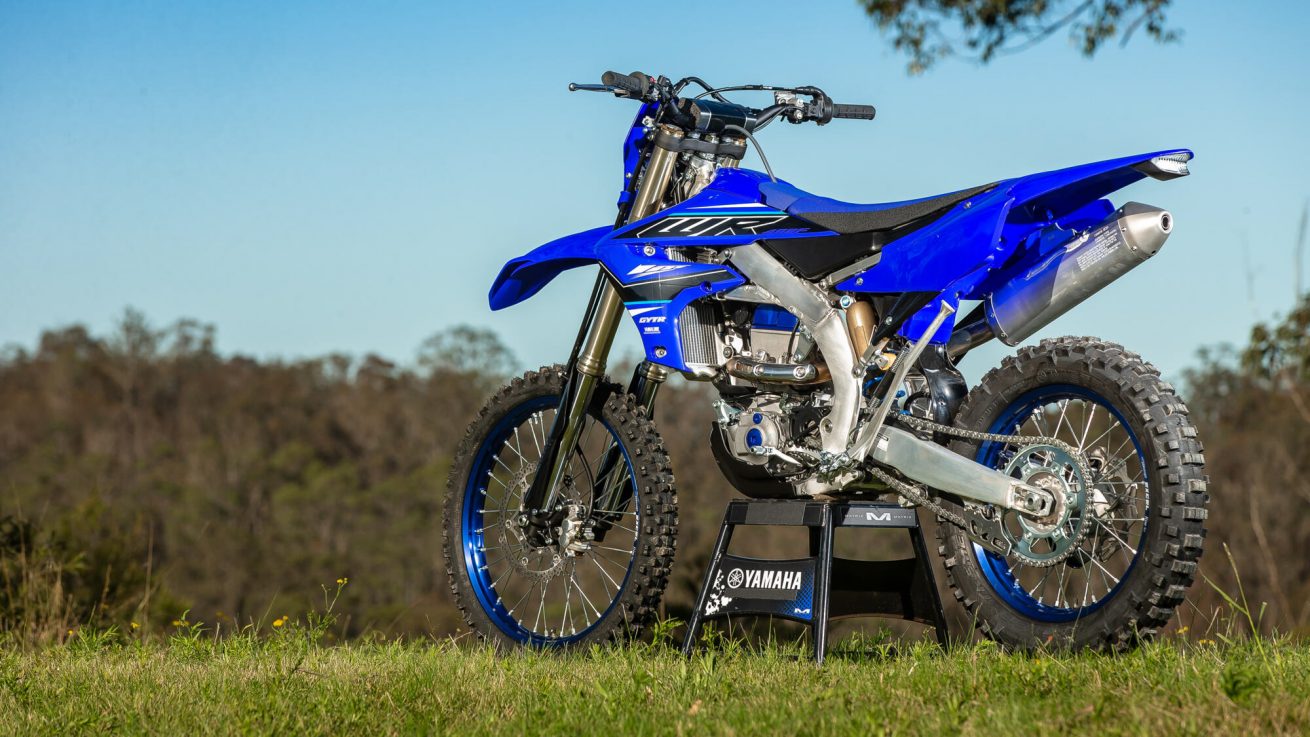 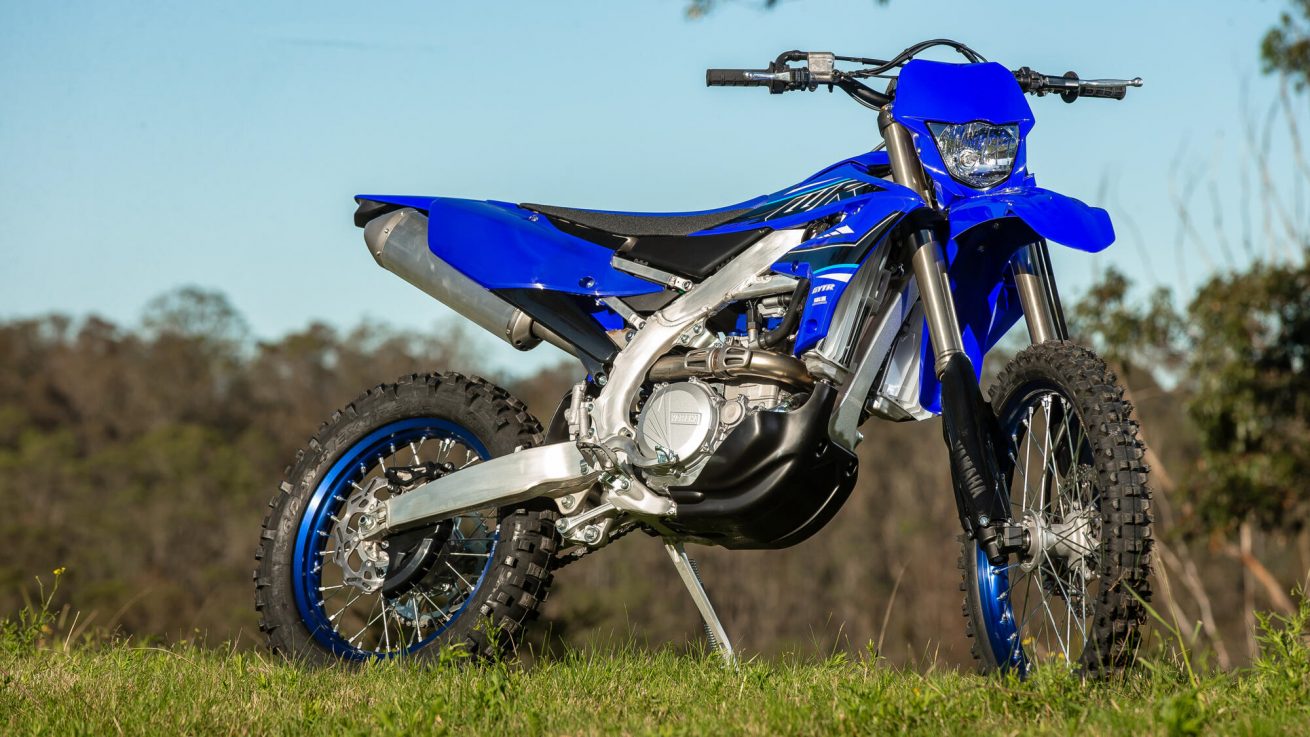 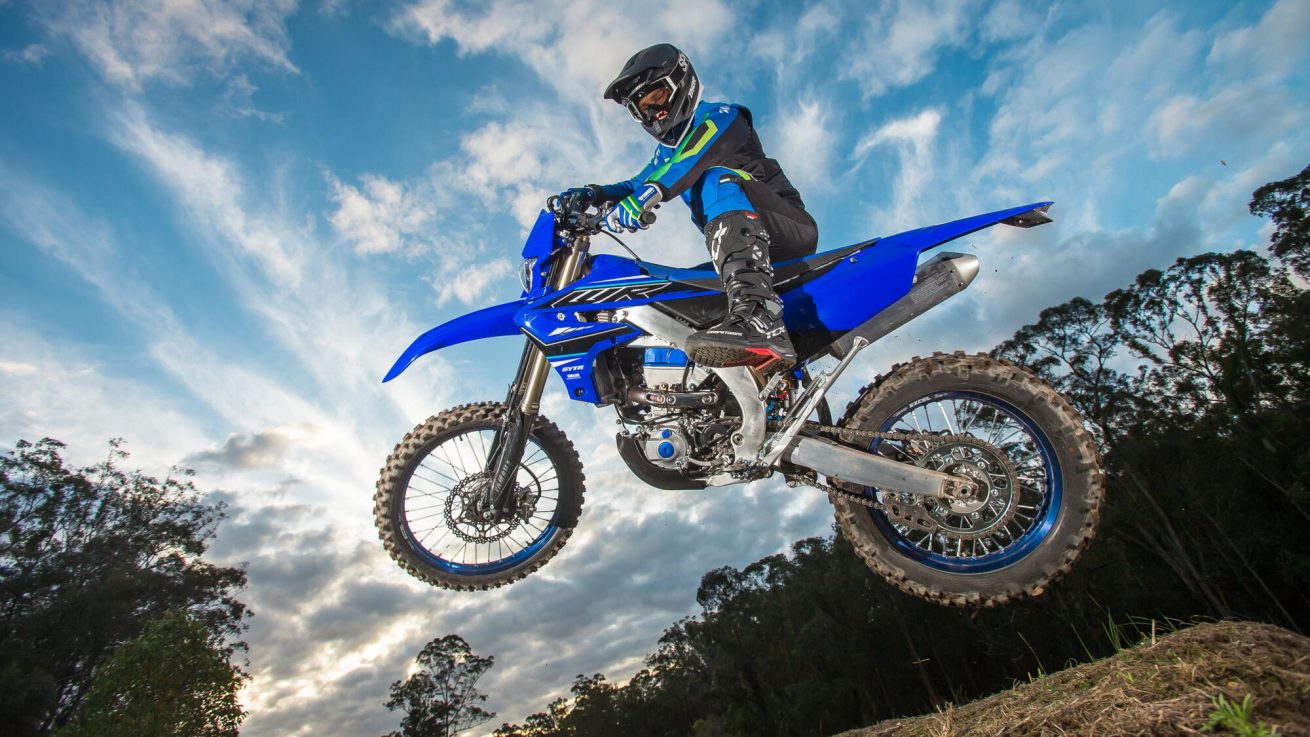 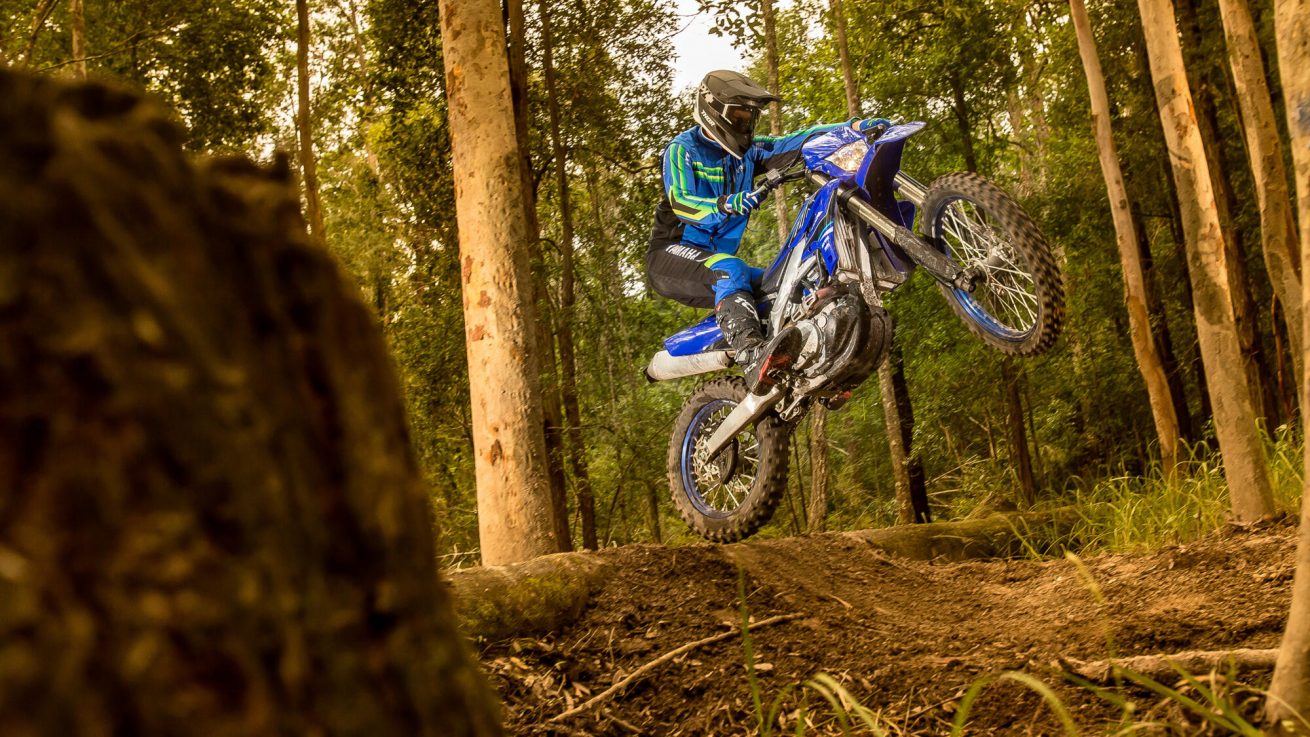 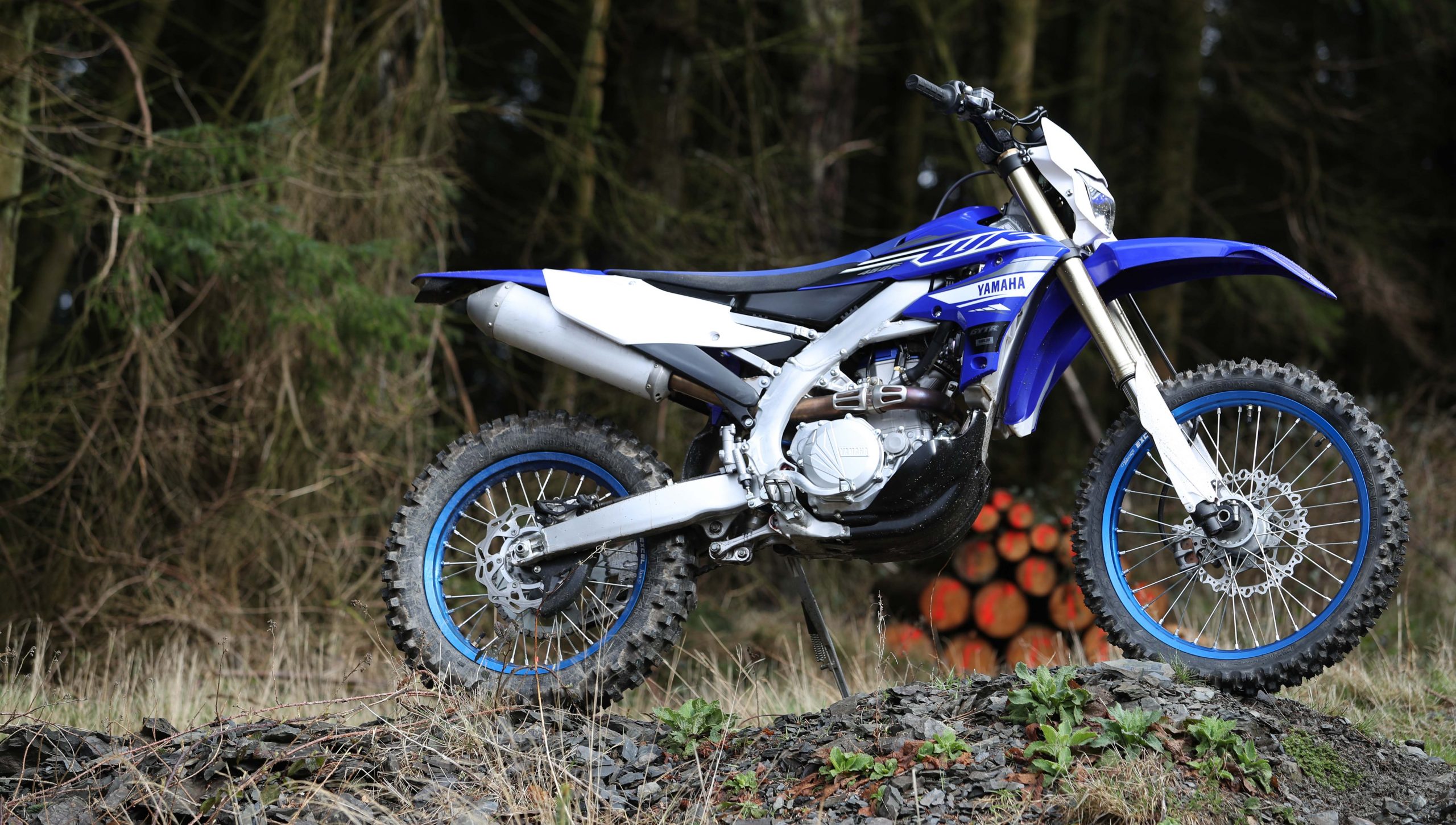