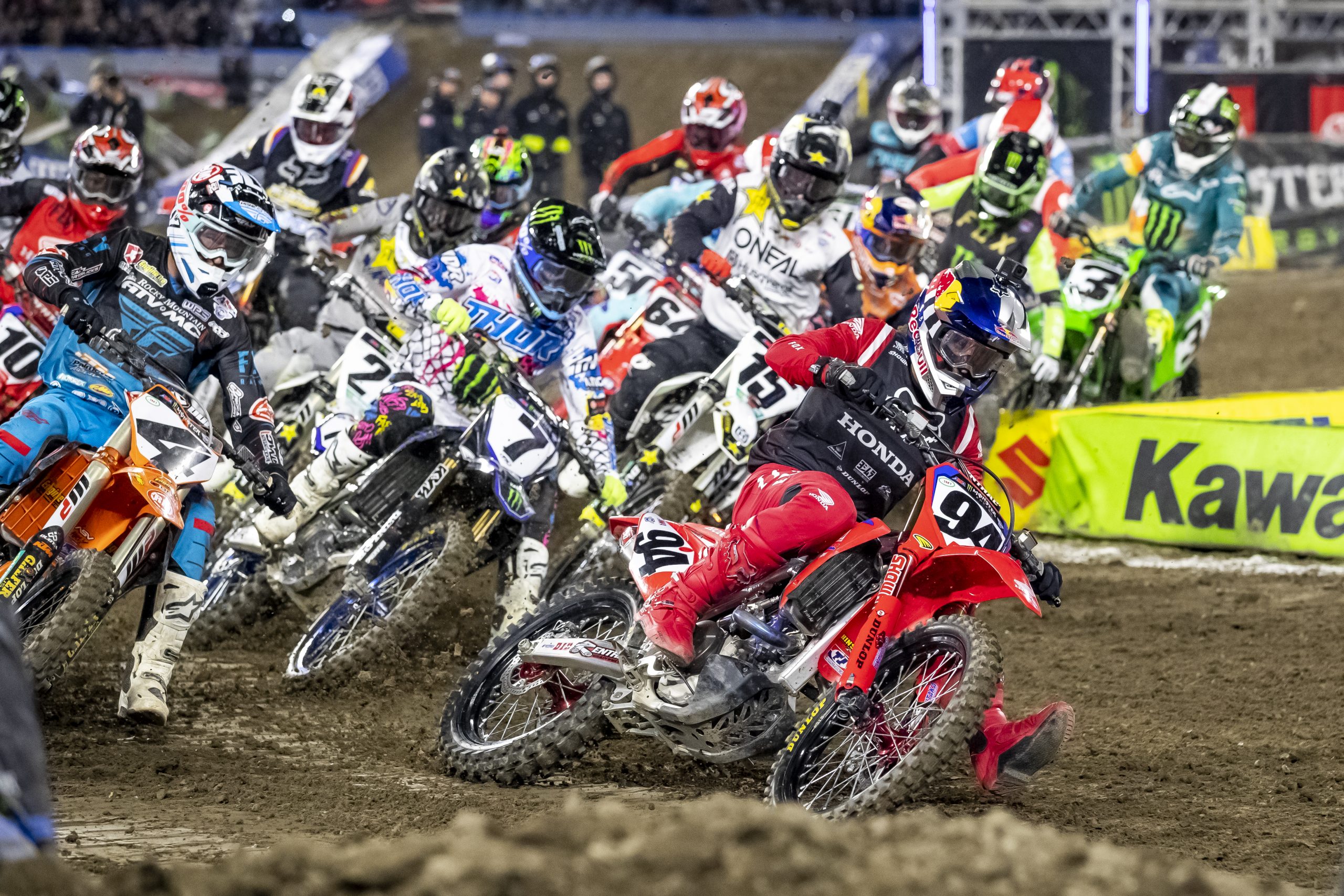 Here at RUST we’re a little (a lot) into our AMA Supercross. After a fortnight riding (virtually) the Dakar Rally dunes it just gets the year started in the best no-holds barred, in-your-face kind of a way. It’s a genuine motivator while we’re waiting for the winter’s mud to dry on our trails.

It’s also a great Monday morning banter-starter. We’ve got our favourites and it seems we’ll back our riders to the end of the season, through thick and thin.

This year’s series looks like it’ll be a classic. The full schedule is back and there’s class riders packing the gate. The only question here is do we stump the $129 for the season video pass or do we troll YouTube for the usual bootleg footage?

Got to say Monster Energy has excelled themselves with a great season preview which we’ve embedded just below here. It’s a cracking, if not essential, watch, that’ll give you all you need to know (or thereabouts) on what’s coming.

Plus, because we couldn’t resist, we’ve played a little crystal ball gazing – and made the RUST office predictions for the seasons’ winners. Do you agree? Let us know in comments who you think will prevail (or even mention if you care / don’t care!). It’s a bit of fun.

To be upfront about it, I can’t claim the statistics about the last four years’ winners of the Monster Energy AMA Supercross championship to be my own. Here I take a bow to Jason Weigant for the research, but he makes a good point and if you were a bookie then this is what you’d rely on as a prediction for the upcoming season.

Here is an abbreviation of his stats:

There have only been a maximum of five winners per season over the past four seasons:

Between them Ken Roczen, Eli Tomac and Cooper Webb have won over 84% of the races over last three seasons.

Those are some pretty compelling numbers.

Add to the mix the SX fantasy leagues pre-season power rankings and it gives a similar prediction on who’s likely to win the 2022 season.

As for me, I’m a long-time admirer of Kenny (Roczen). I think he’s managed to fly under the radar this pre-season and as a result I think it’s taken some of the pressure off him. I really think this could be his season, even if he rides smarter than he once did and is less inclined to risk it all for the win. He’s such a dude that I want him to win an SX title before he retires.

I think Eli has a point to prove and he’s going to be tough to beat this year. Cooper is always a tough nut to crack and possesses probably the best race craft and mentality to win, but I think with Barcia, Ferrandis and Tomac in fine form and their gritty presence on track he’s in for a tougher season than he’s had until now. Cooper’s not known for his holeshots and first lap sprints – that’s Kenny’s bag. I think Cooper is going to find it harder to pass those guys to get to the front this year. As a rider if you can’t put consistent starts together you’re going to have a tough season of it.

My prediction for wild card race winners are Barcia, Mookie and Chase Sexton with a little French dressing in the way of Marv. He’s healthy and when he’s healthy he’s fast, and a supercross specialist, albeit he can be a bit timid and that’s a problem no matter how smooth you are. As for all the young guns, well I think it’ll be another year before we see the new wave of talent make it to the top step and challenge for the championship.

You know, supercross hasn’t always been my bag, I’m not a lifelong fan. But these last few years I have given in to the quality of the media that surrounds this series. Between the official media and the glut of podcasts and YouTube videos you really get to know the riders, and once you start knowing – and caring – you’re in, kind of much like how Netflix’s F1 drive to survive has opened up F1 in a whole new way.

JB’s predictions for the 450s:

Those are my predictions based on form, it’s not who I’m backing. Like most Brits I instinctively connect with underdogs. So I want to see AC (Adam Cianciarulo) and Joey Savatgy have the seasons they desperately need in the 450 class, Malcolm Stewart too, although actually I think he’s doing just fine. But AC and Savatgy need to nail top-5 if not podiums if they are going to secure the top works rides before the next round of 250 graduates arrive and potentially upstage them – in which case it’s career over. I’d like to see Marv get some podiums, too – there’s this sense this is his farewell season, although I might be ‘previous’ on that.

As for the 250 season I’ll keep it simple. My personal prediction is that we will see the first ever East /West championships won by brothers – the Lawrence boys. I think outside of some pretty bad luck they are both going to be hard to beat this year. They are both tough competitors, Jett is insanely fast, Hunter just signed with Red Bull and had a solid season last year even when not on his game with nutritional issues – he has a point to prove.

I predict that their biggest challenge is going to come from the Team Green riders Cameron McAdoo and Austin Forkner and if anyone is going to wrestle the top step from the Lawrences it’s going to be these guys. However, I have a solid wild card for the West Coast in the form of Jeremy Martin who is ‘as tough as’ and a proven champion so he’s my dark horse pick for Yamaha.

The 250s I follow out of curiosity, but it’s really all about the big league for me, so I’ll keep this short. Warren’s pretty much nailed it there but I think he’s under-estimated the firepower in the Yamaha camp – you have to expect Colt Nichols and Justin Cooper to be right at the front. Who will I follow, though? RJ Hampshire – as I have for a while, only because he was racing a CRF250R when I was on the CRF250RX back a few years. So he’s kind of a brother!

As we said at the top of the story, if you want to share your predictions – go ahead, there’s the comments section below. We love hearing from you! 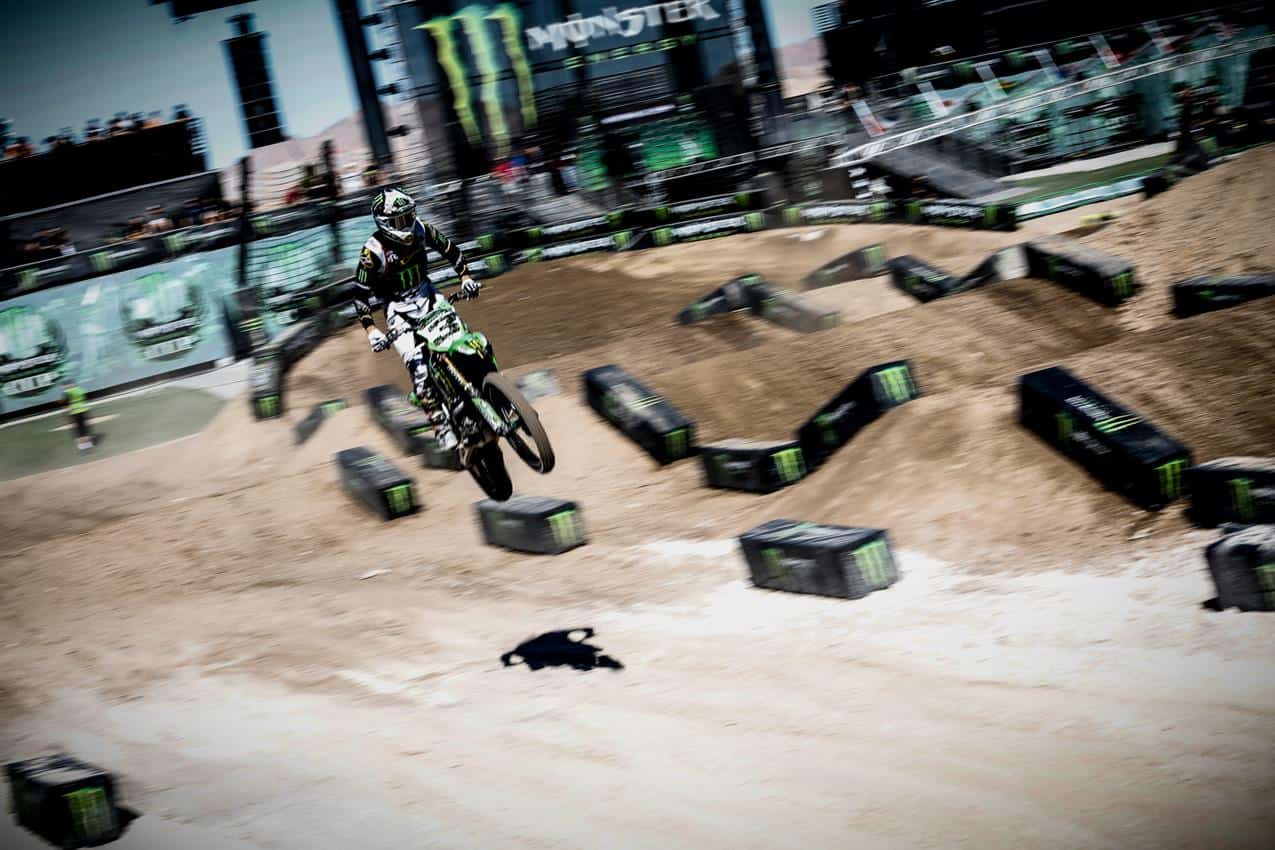 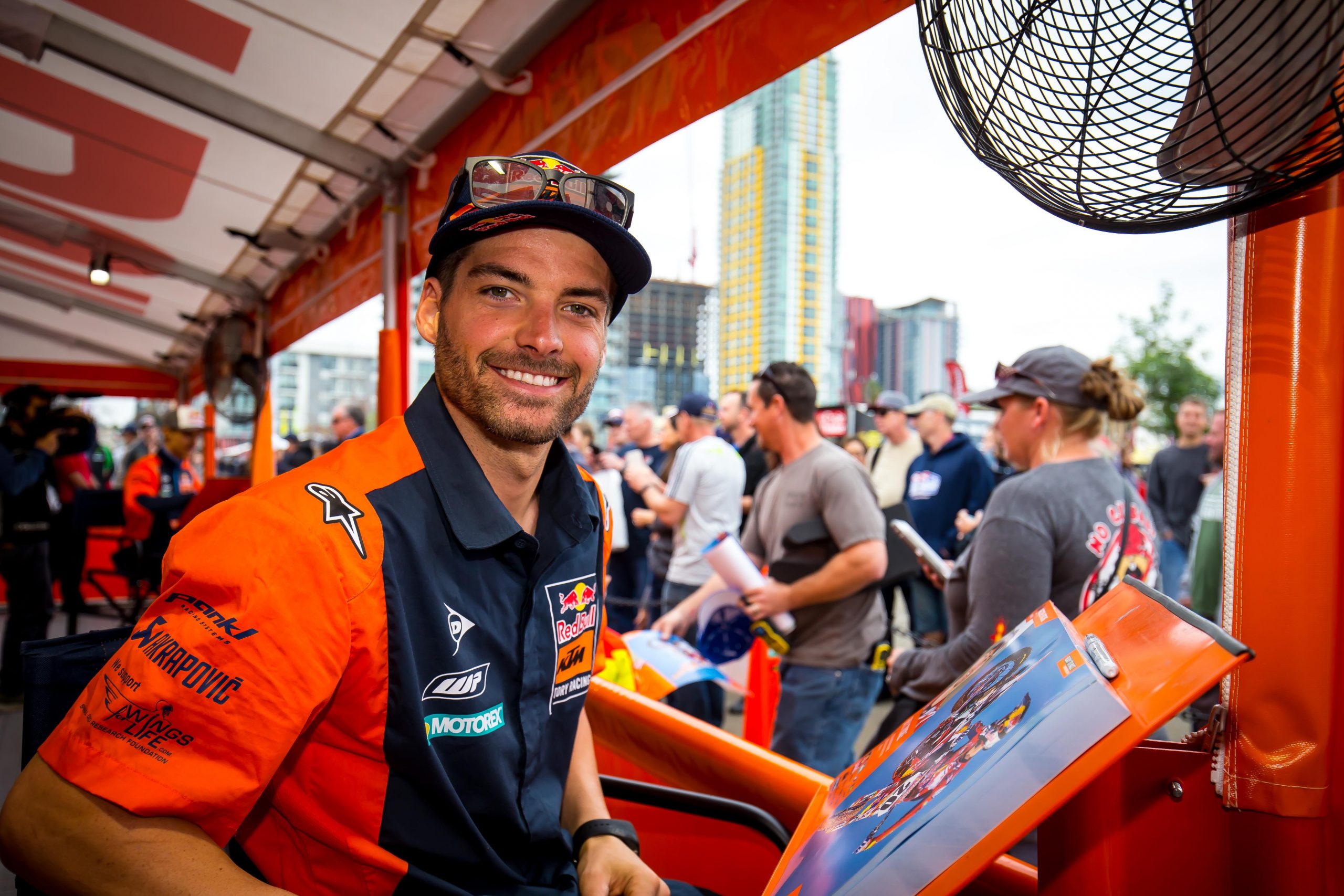 IN CONVERSATION WITH BROC TICKLE 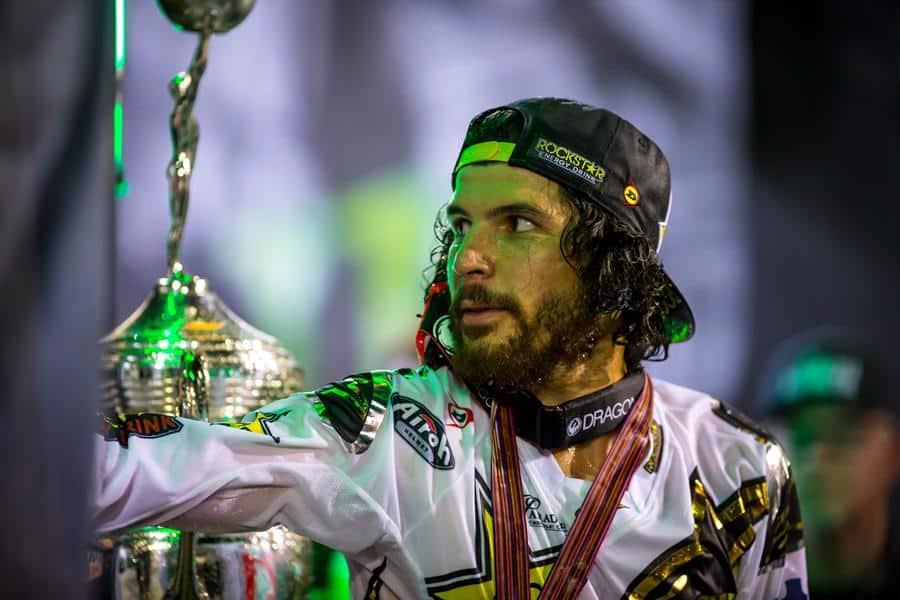