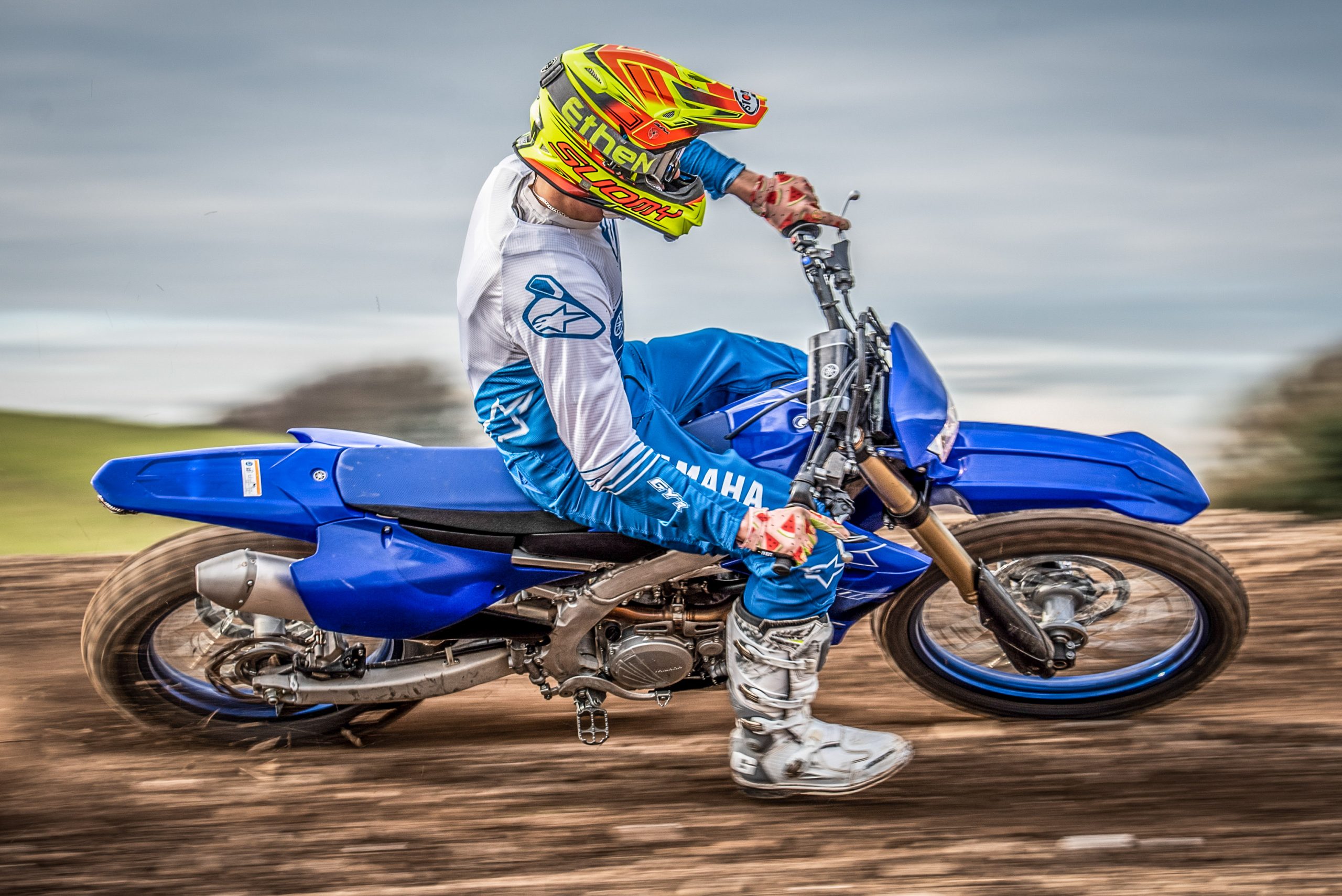 This 2022 Yamaha WR250F is a racy little number, no question. The Yamaha WR250F is today much more racer than trail bike. That’s something that became very apparent with the 2020 update, when Yamaha adopted the 2019 YZ250F as the new base for the WR. The WR shed some excess pounds, the handling got sharpened up and the motor became a screamer again. For 2022 Yamaha is refining that brew, tidying up some loose ends as it were. So today it’s a highly developed, seriously good racer. Made for competition. 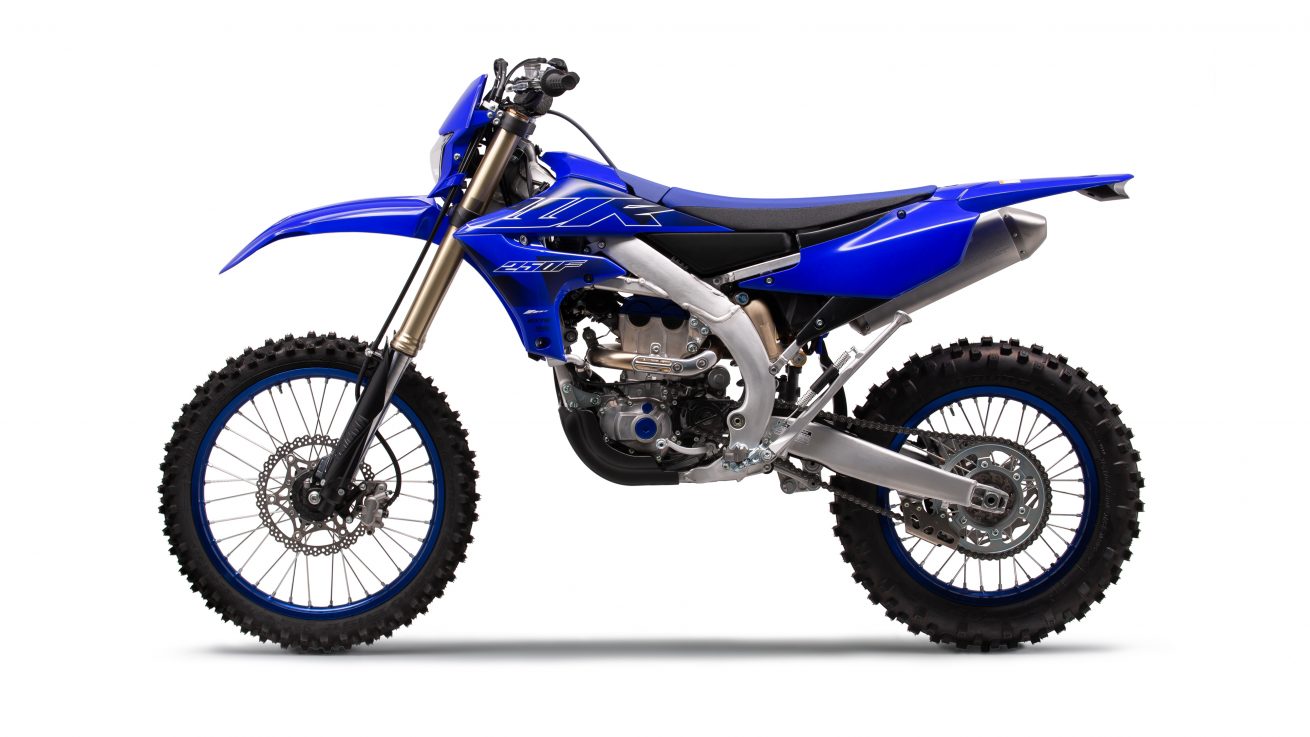 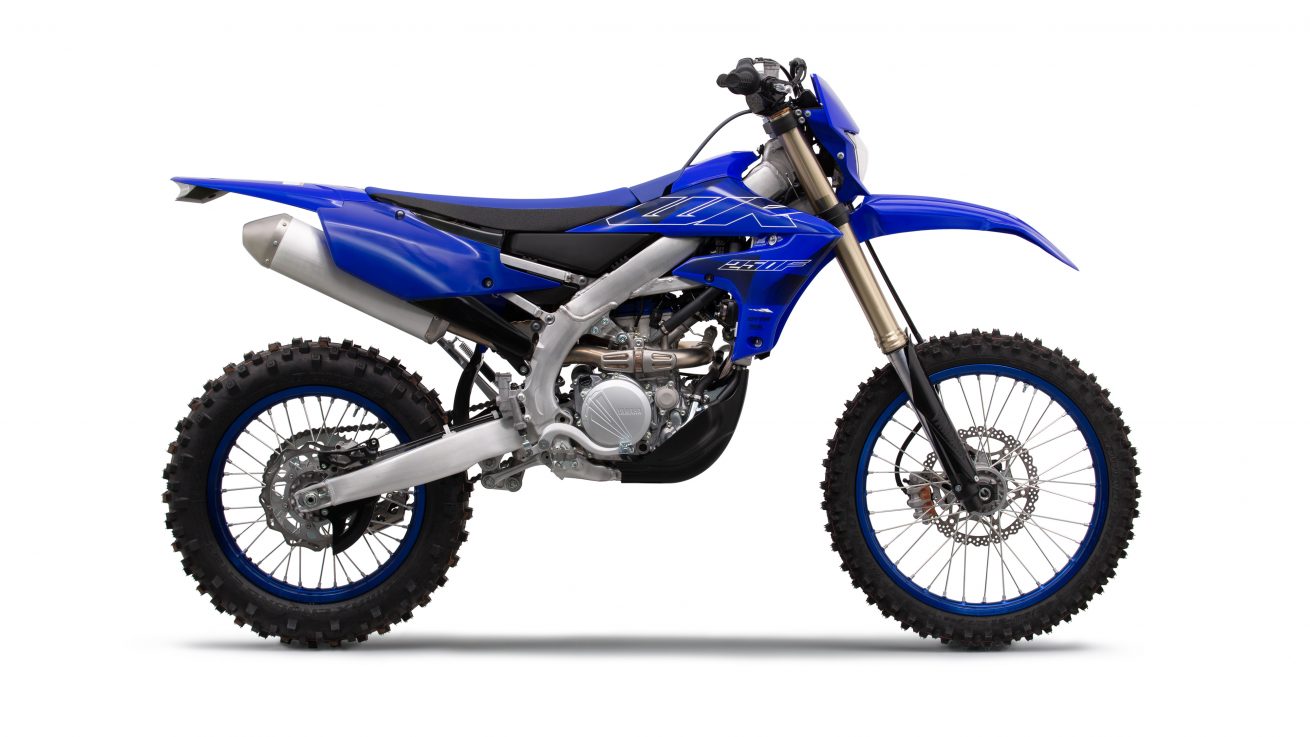 All of this is immediately apparent. The bike is slim, front to back; with no street homologation it’s equipped with only the minimum of enduro ancillaries – lights, sidestand, speedo/computer and of course an 18” rear wheel. But no indicators, no horn, no Euro5 nonsense. It’s a closed-course racer. Start it up and the same story continues, the engine has an edge, it revs fast making a short-sharp ‘brap-brap-brap’.

It’s short-geared too. You ride away and there’s no getting to know you, the WR is all business and if you’re a little sleepy, a little slow to warm up, then initial progress is a bit jerky as the engine revs quick and you’re reaching for the next gear that half-second earlier than you anticipated. Then you touch the brakes and yeah, those Nissins have bite. And with only a few miles on the clock (on our test bikes) and with a slack pace the KYB suspension was kind of tapping the bumps. You’re not finding a connection.

That connection only comes when you up the pace, when you’ve shaken the arm pump out of your forearms and your blood has started circulating that bit quicker. Only when you start being a bit of a racer yourself does man and machine start working together. And then, well, then it gets really good.

Yamaha has never shied away from claiming real weight – so on paper the WR always look heavy. But it’s not. We’re talking about 107kg dry weight, but as significantly Yamaha has worked hard at centralising that weight, mass centralisation was a big part of the 2020 revamp, with the engine brought closer to the bike’s centre. So the front feels that bit lighter and the whole dynamic is close to MTB-light, it’s an easy bike to throw around in the woods. And once you get into pushing the pace, this ease of handling – that can feel a little too immediate when poodling along – really comes into play. It’s a natural go-fast setup.

For this year Yamaha has certainly given the engine room some careful attention. A new cylinder head features a wider intake port and a new exhaust camshaft so we get more – more bottom end and more mid-to-top. Yeah, the line on the hp graph has lifted, and the effect while not night-and-day different, is significant – it’s an extremely willing, fast revving yet linear power delivery. Frankly, it’s best when you just pin it. Full gas, full attack – because it’s a racer.

The handling was already noticeably quicker and more, I dunno, modern, when revised in 2020 (when compared to the more stable, conservative handling of older WRs). That bike was immediately easier, quicker, lighter – all the positive adjectives you can name. Now apparently, given some keen attention to the frame, it features varied tube thickness plus revised engine mounts to even further fine-tune the rigidity and so the responses and feel. Of course, any time manufacturers say ‘fine tune’, as journo/testers, we know we’re in trouble when it comes to detecting the difference. And so it is here. We loved the handling on the 2020 model, we love the handling on the 2022, too. It probably is better, but we’d need a 2020 sitting alongside, ridden over the same course on the same day to tell you just how it’s better. As it is, we can just say it’s extremely good.

But what we can say, with some authority, is just how very competent the WR250F remains as you push the pace faster and faster. Nothing fazes it. The suspension just keeps getting better and better, the brakes ever more reassuring and it’s merely a question of what your own limit is. I took to wapping (if that’s a word) the WR250F around the mx track at Rogers Hill for a good hour plus, and there was nothing there that this enduro bike couldn’t handle. More to the point, Yamaha had this young slim super-talented mx racer chap there who was doing probably two laps to my one, and you could see even at his super-rapid pace the WR had no issues – I guess that’s the YZ-F breeding coming through.

Now curiously, after having upped the pace for a while, the WR did then feel better when dropping the pace again for tight technical work. Probably by then, as a rider, I was properly warmed up and riding a pacier form of slow, and here the WR found a natural flow and was very easy to whip around the tight stuff and pop over the odd log and root. It may not have a traditional bottom end slog, but if you keep a tidy pace it’s not needed so much.

In the afternoon I managed to bag the test bike with an Akrapovic full-system fitted, and as before with all WR250F models going back to 2015 (and probably earlier) this top-shelf competition exhaust really uncorks the power. With the standard pipe I wasn’t complaining and given a free-revving engine/ignition map it really would fly but adding the Akra’ just takes it another 10% on. Only it feels like another 25% as it makes this already happy little racer feel even more willing. And of course the sound from the Akra’ is so much sweeter, there’s this proper F1-car kind of feel/sound to it. It is the icing on the cake. Expensive icing, dare I say it, but the result is undeniably superior.

Ergonomically I had no complaints. Seat, footpegs, handlebars – they all felt to be in the right place at the right height. Nothing sticks out, there are no niggles. All as it should be given the years of refinement that has gone into this model. If I was to have one little criticism – I think a pair of OEM handguards wouldn’t go amiss.

& THE PRICE IS RIGHT

Finally, we have to love the price. At £7799 it’s a bit of a bargain. Obviously not having had to put the WR through the costly issue of EU homologation helps with that, but given so much of enduro now is closed-course it’s in any case a cost/procedure that many riders don’t need their bikes to go through. It’s also a bit of a bargain on account this is something of a do-it-all bike. It’s capable of a broad spectrum of competition, equally at home on the motocross track, the cross-country course or zero-ing the checks in enduro.

In all we had a cracking day with Yamaha down at the fun and varied Rogers Hill Raceway. The latest WR250F is a fine machine, well presented, keeping on with the high quality and reliability you can expect from Yamaha – and a serious racer to boot. It’s a fun ride, it’ll get your blood pumping, and yes, it’s got winning potential. A most excellent job.

But having raised the WR’s game, you do wonder whether there’s now scope for Yamaha to fill in the gap beneath it, to create a modern TT-R250 or something like the 2014 WR250F (the last of the conventional-engined WR’s which were more 50/50 race/trail), to please the committed trail riders among us…! 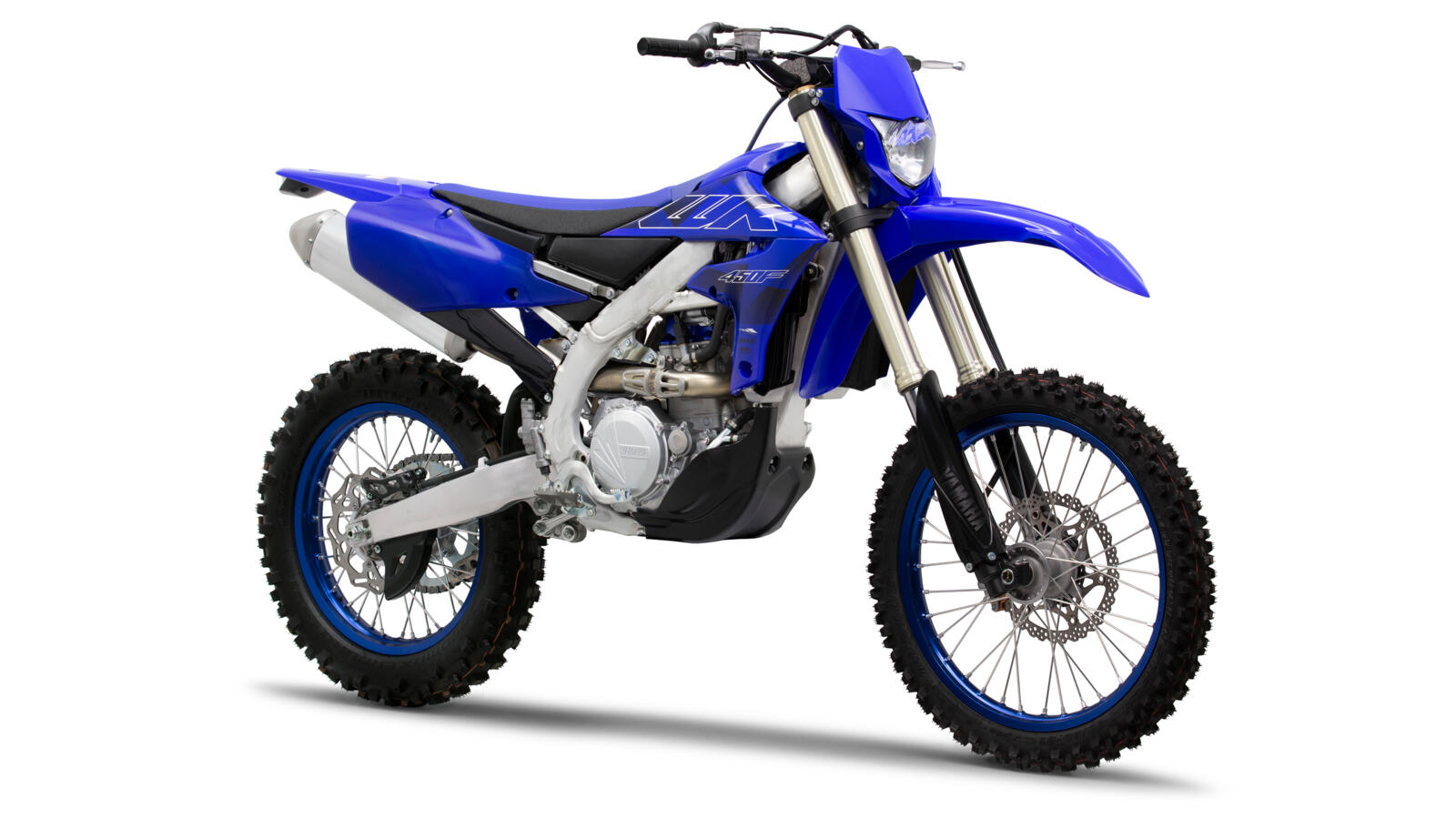