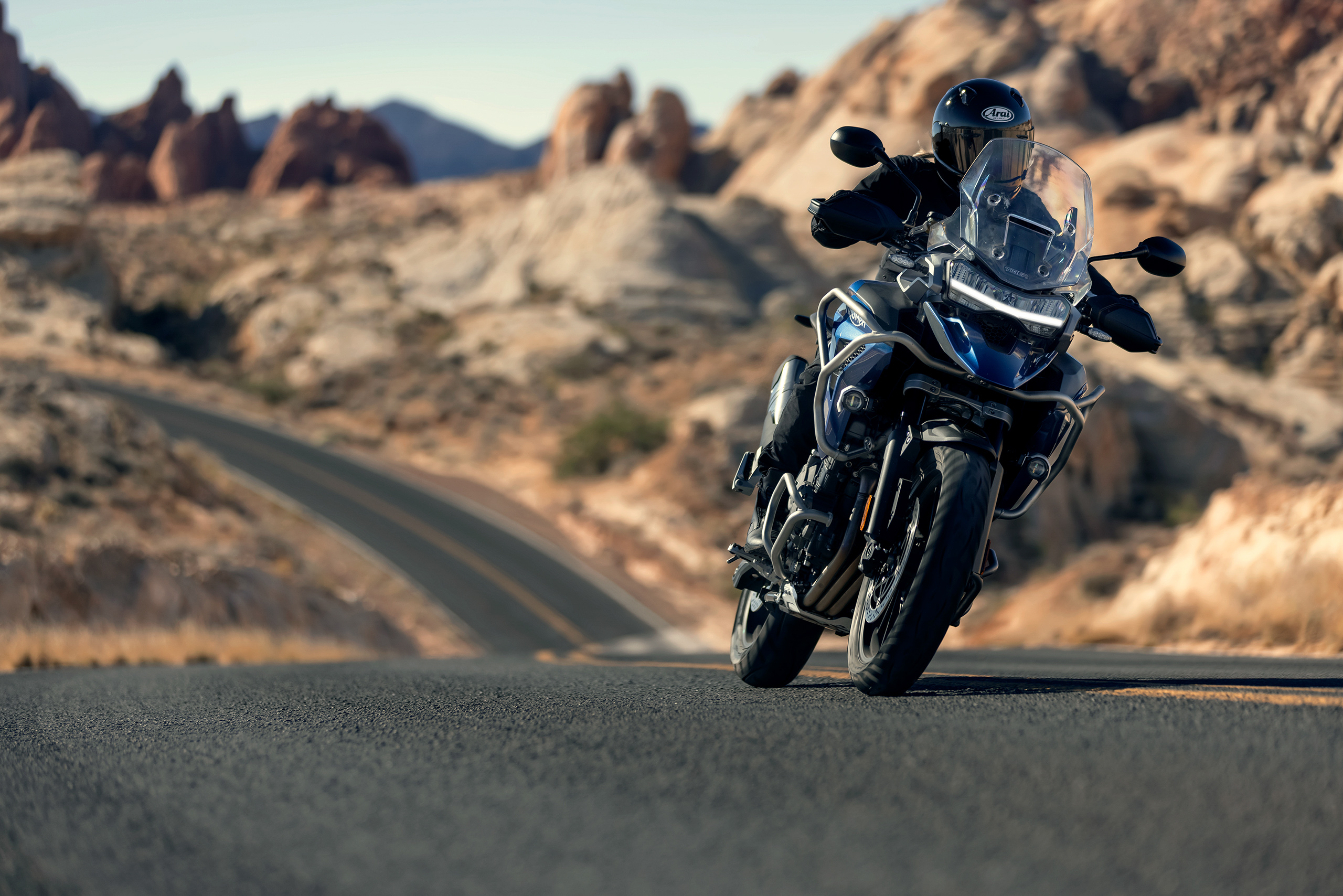 Triumph’s new Tiger 1200 clearly ain’t no pussycat. No fat cat either – as it was before. No, for 2022 the new lean mean Tiger not only has sharpened teeth and claws – it intends to use them. It might primarily be aiming at taking down the mighty BMW R 1250 GS, but others could take a mauling on the way, too, not least KTM’s 1290 Super Adventure. Suddenly, Triumph have got very serious, very real about big time adventure. 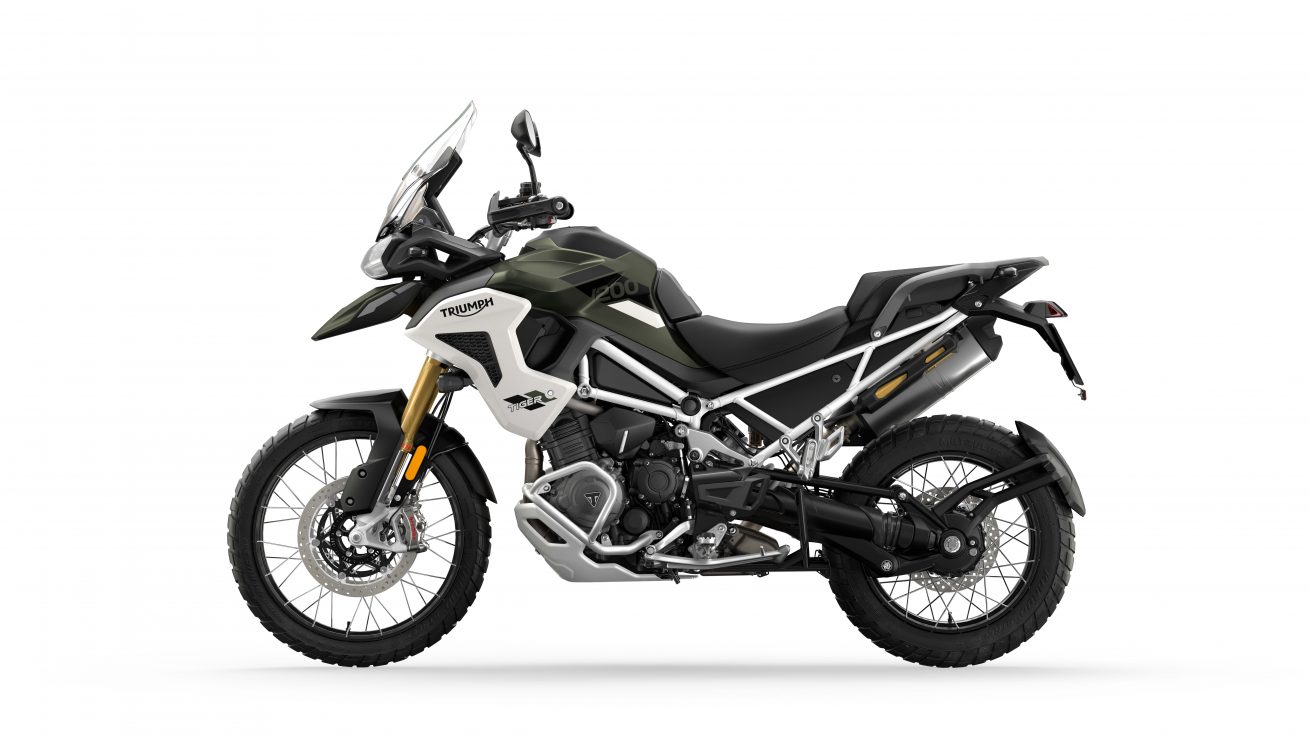 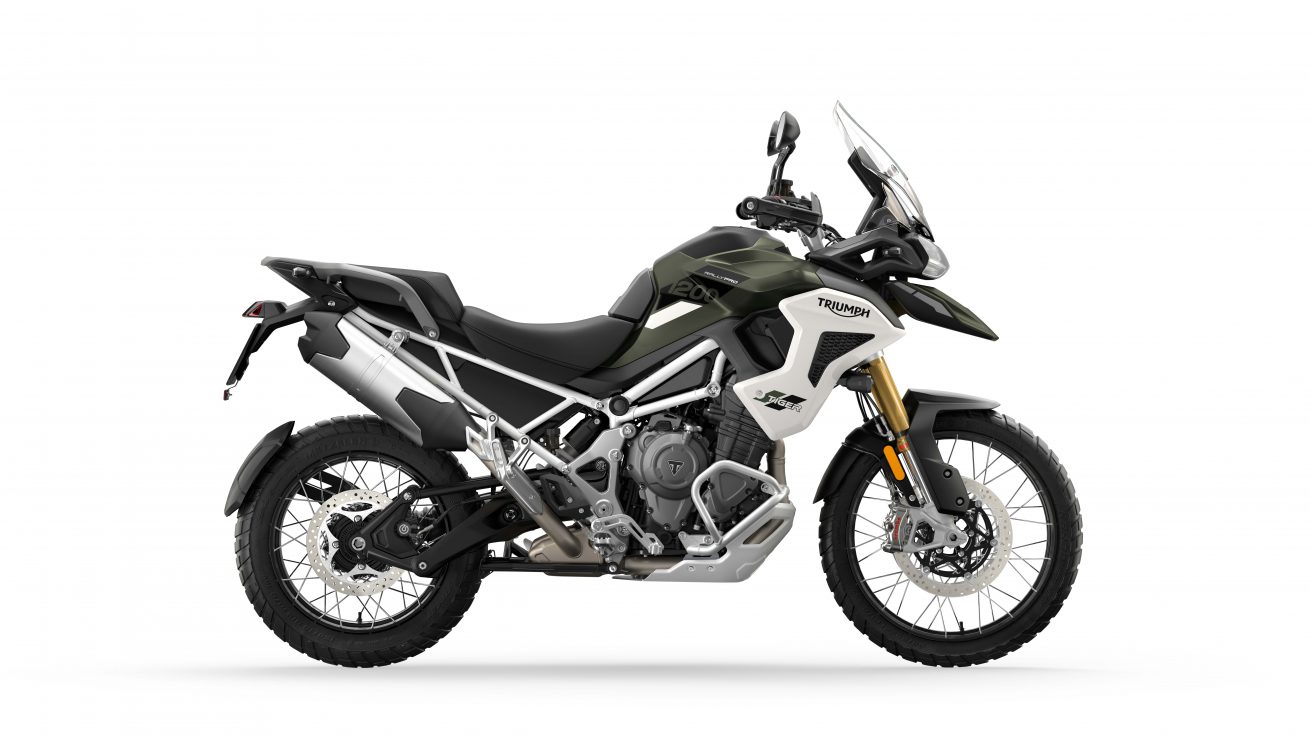 There are key measures we should consider here. After years as being the heaviest kid in the class, Triumph has at last seriously attacked the Tiger’s excess girth, to the tune of shedding a claimed 25kg. It now undercuts the Bavarian master but a fair margin. It’s also lost a fair few cc’s, down from 1215cc to 1160cc. But this smaller motor is more powerful, pushing out nine more horsepower, to hit a peak of 148hp at 9000rpm, and the torque is up too. And in Rally Pro and Rally Explorer guises it’s got a full 220mm of suspension front and rear, while rolling on a 21” front and 18” rear.

There’s a new look, too. The headlamp might remind us slightly of H-D’s Pan America just a little for the wide horizontal daylight running light, but the rest of the looks are a lot closer to the GS. And if you watch the promo video which very much looks like it was filmed at Lockhart Basin in Utah (we know all about that, here at RUST) you can see the dynamic is very, er, dynamic! Ah yes, and while we’re very dirt oriented here at RUST, we have mention that in all there’ll be five Tiger 1200 variants, with three street-biased GT models and two dirt-biased Rally models. In both types you can opt for a long range model with a 30-litre tank (very GSA…).

And one more standout feature – the tri-link swingarm, which certainly is a significant departure from the mono-arm that went before, being two-sided, 1.5kg lighter and featuring an interesting linkage system that runs from the axle to the swingarm pivot.

Transformation in weight, capability and specification 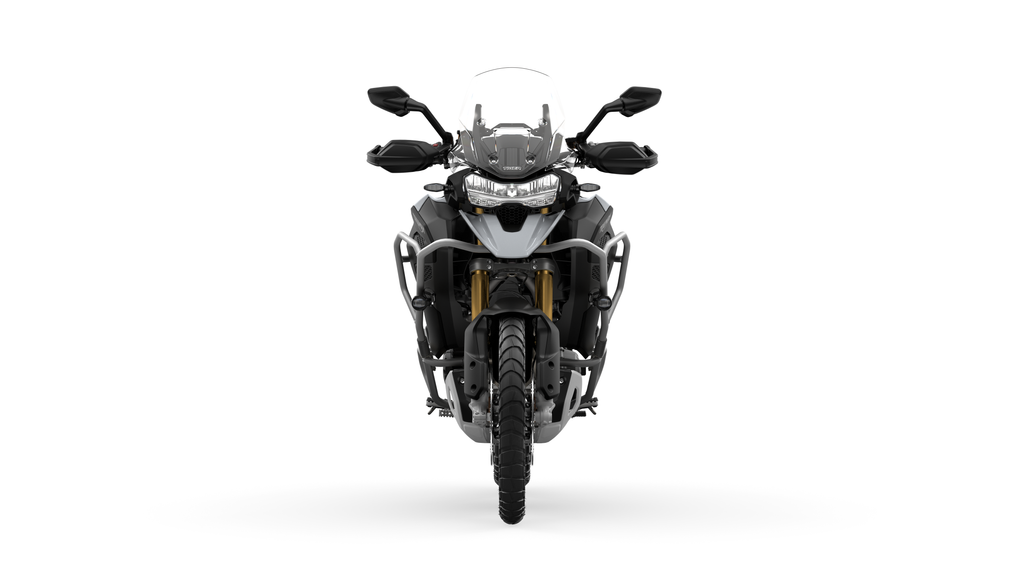 So, in short, Triumph started completely afresh with the new Tiger, the only things carried over from the old model is the name and colour palate… 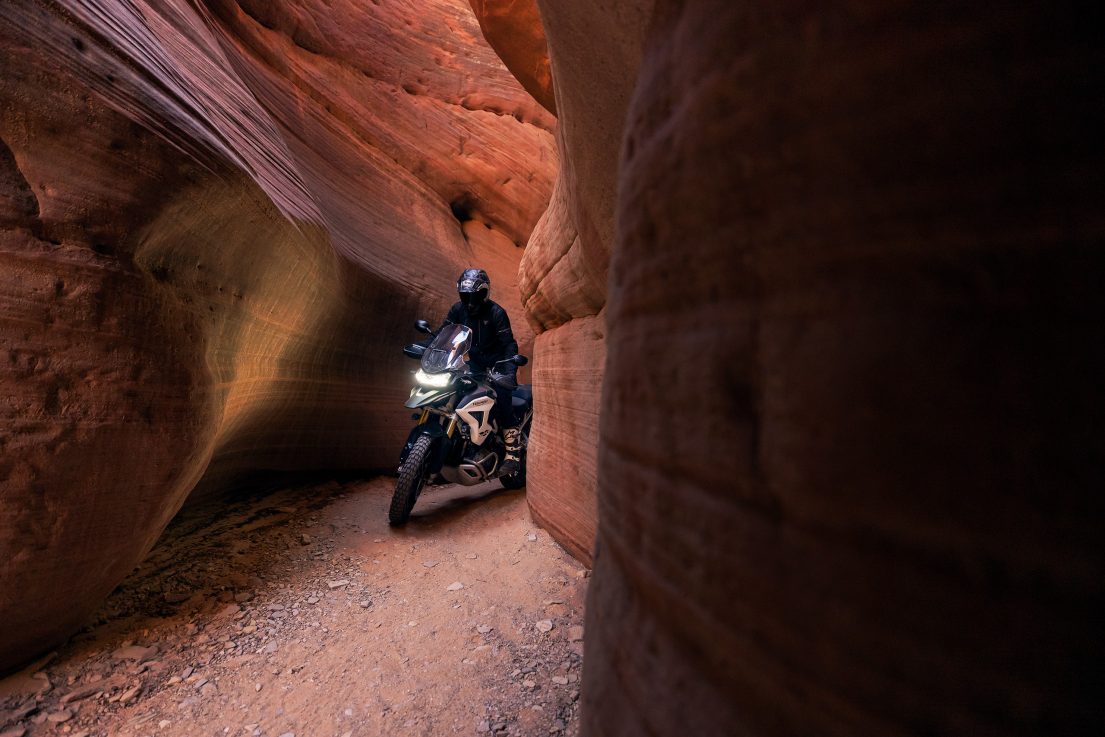 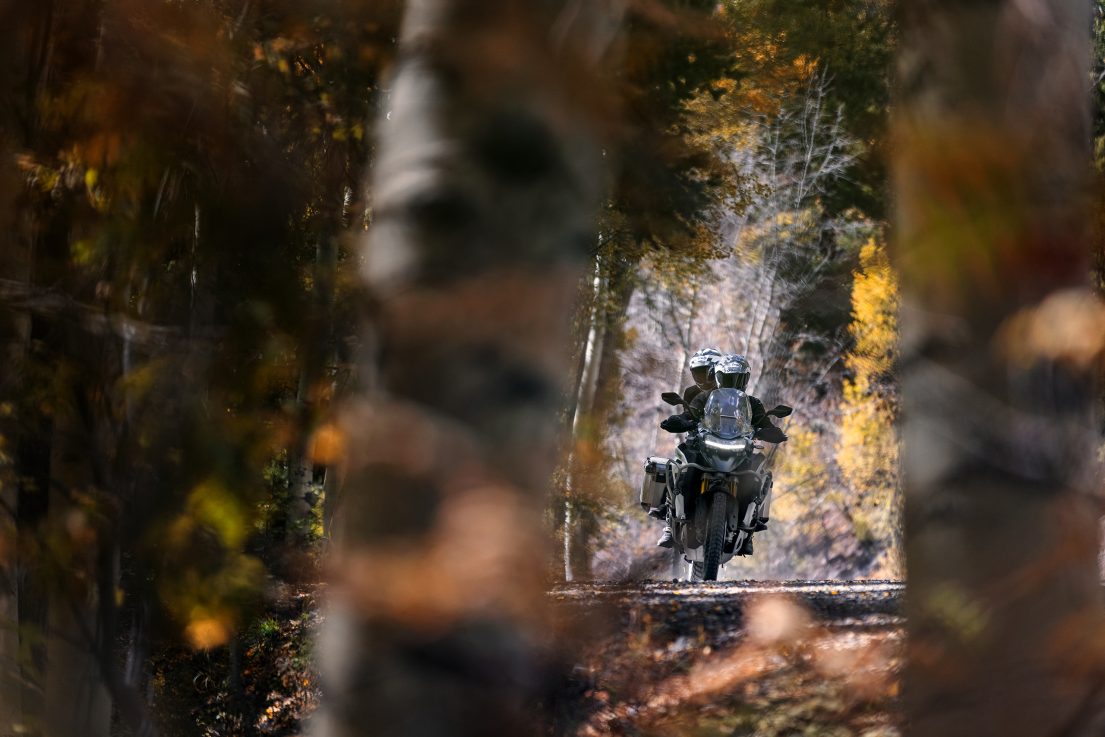 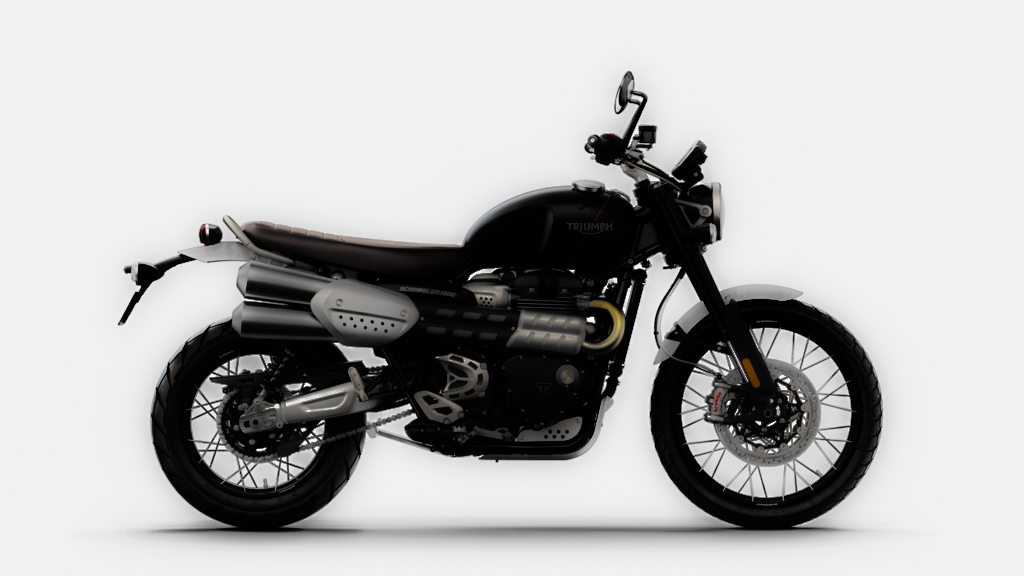 TRIUMPH TO ENTER MX and ENDURO!