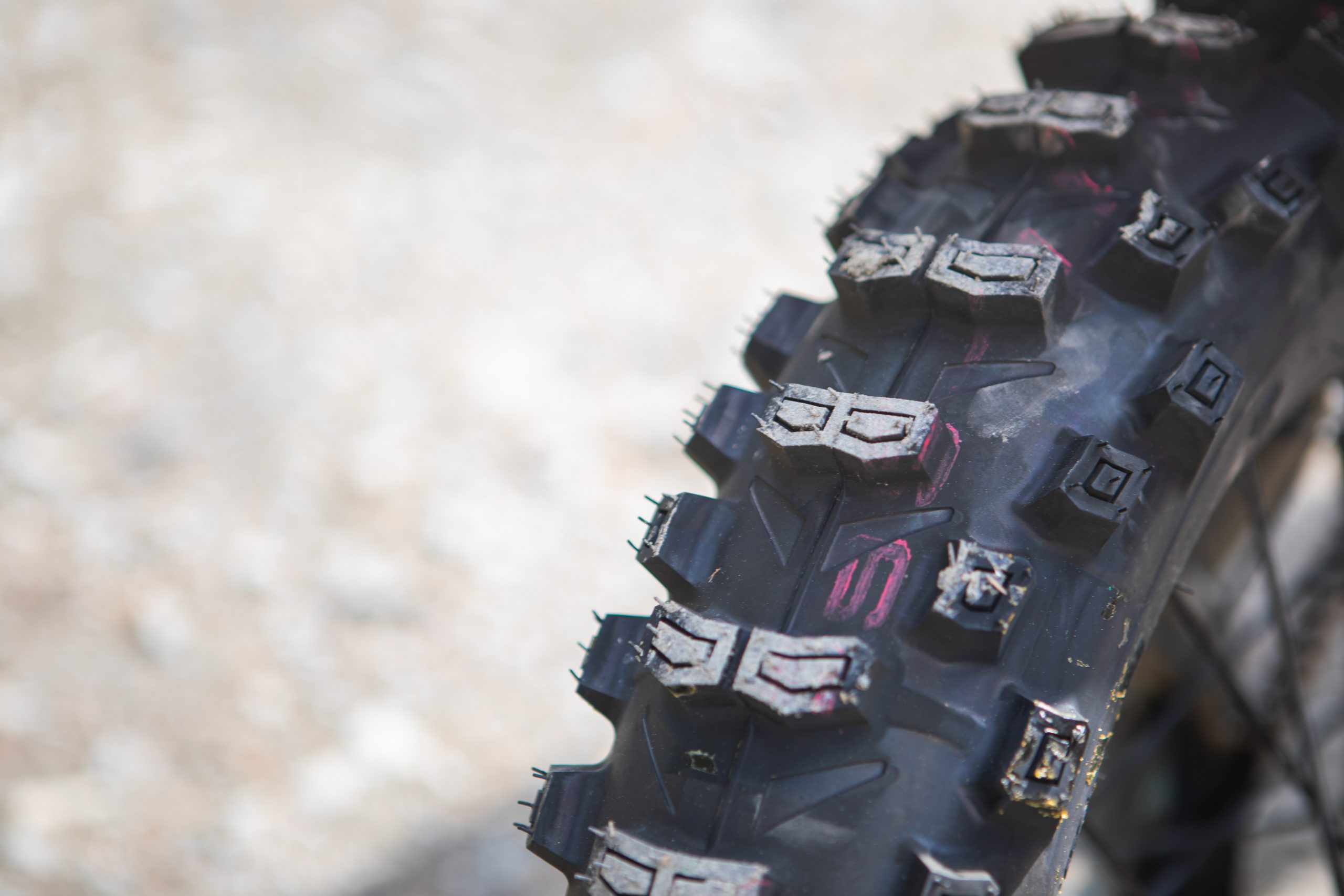 It’s been some time since I’ve had a pair of Bridgestone boots on my any of my dirt bikes. But with the new FIM and DOT-legal Battlecross E50 on offer the time had come to try them again. According to Bridgestone, ‘the E50 is built specifically with the hard-core enduro rider in mind’. Well, I qualify for ‘enduro’ and ‘rider’ and boy I’ve put some hours in on the bikes this past couple of months, so, ‘hard-core’? Yeah, I’m good for a set.

As I’m riding the Husky FE350 the most right now I chose the 140/80×18 for the rear and the 90/90×21 front for this test. I fitted them both – with the irreplaceable Rabaconda (thanks endurotyres.com) – with new gen Michelin mousses. The tread pattern on the E50s is quite noticeably different to its competitors. The rear tyre features what Bridgestone call a ‘Castle Block’ tread pattern which is a convex shaped block within a block design combined with its ‘Bunker’ feature which is essentially an indent cut-out in the carcass that adds an additional edge to aid traction when the knobby is buried. The new block patterns have been aimed at increasing side grip for improved cornering on the front and less block deformation on the rear, which translates into transmitting more traction force from tyre to trail.

I noticed when fitting them that the E50s have quite a chunky profile for an FIM approved tyre, especially the front. However, the sidewalls on both the front and rear tyres also seemed quite pliable which made fitting them both a doddle.

The conditions for testing were perfect with a good mix of high speed riding on hard pack rocky and gravel strewn tracks, some rock sections, some deep sandy conditions and, best of all, loamy soft chocolate cake dirt. The E50s impressed over all terrains and the end of the day impression was that this was one of the most versatile enduro tyres that I have ridden on in a while.

I can’t say I found the tyres lacking in any specific area or terrain type. They performed well everywhere. What I did notice was the positive traction under heavy braking on the front. To me this was a standout feature – I’m not sure if this was a result of the pliable sidewall, but the tyre seemed to flex slightly and widen into the track – not badly so, rather the opposite, the tyre bit into the track really well and provided a really stable feel.

The rear traction was excellent. The rear tyre mimicked the front for positive feedback under braking and acceleration and I liked the flat corner feedback most. These tyres gave me the impression of riding on a much softer tyre than they actually are – and the tyre wear over the 400km or so that I have since ridden on them has been what you would expect, so as a guess I would think these are good for over a 1000km of trail riding – depending on your speed.

So far I’m impressed but watch out for an update and rating on these tyres at the end of their life.

Also check out our full product review at https://rustsports.com/bridgestone-battlecross-e50/ 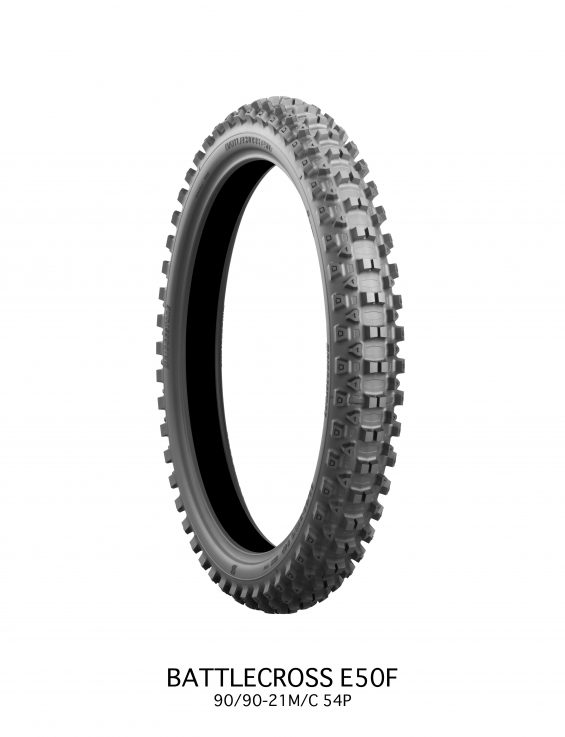 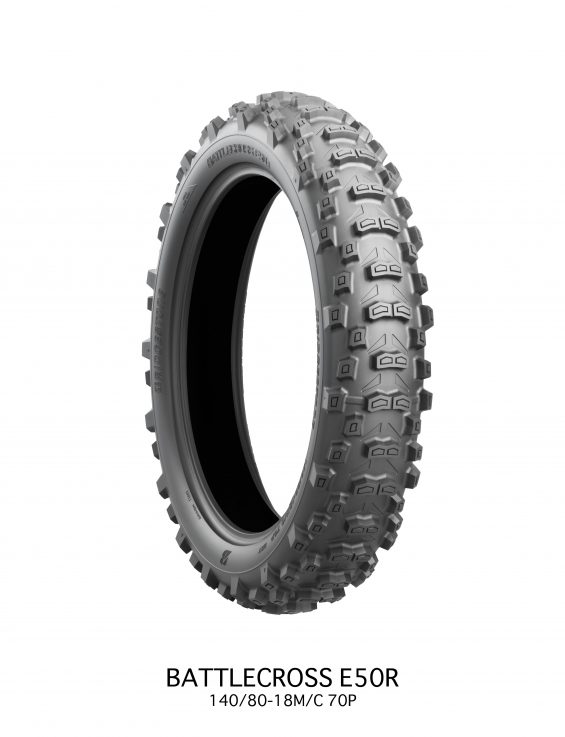 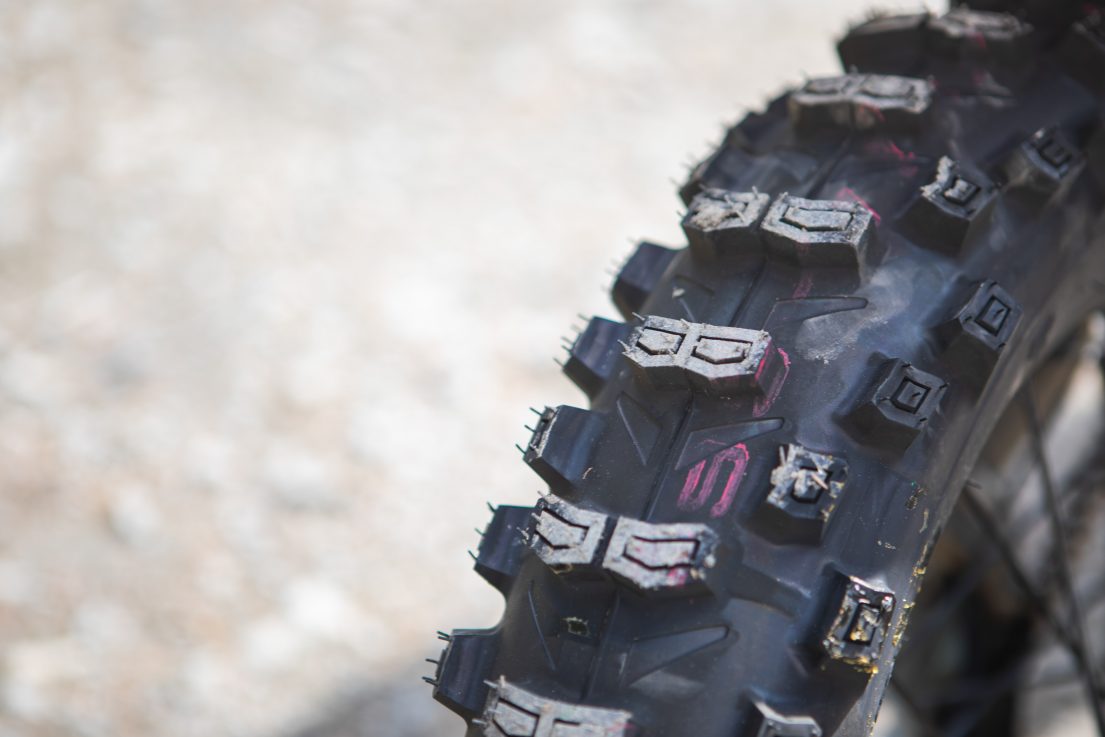 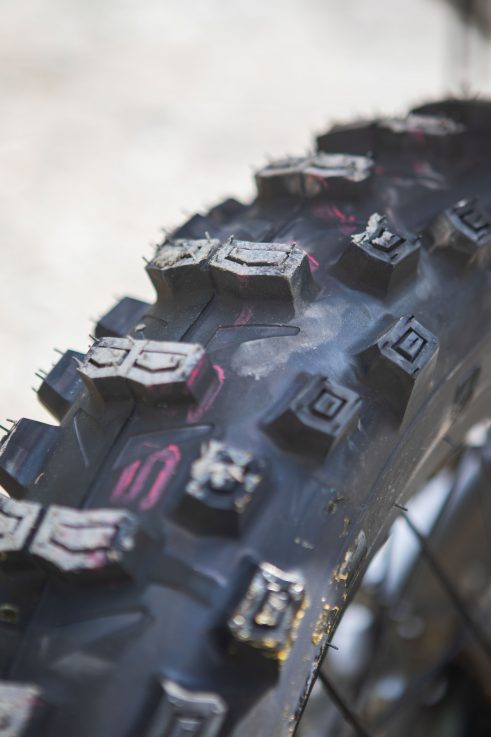 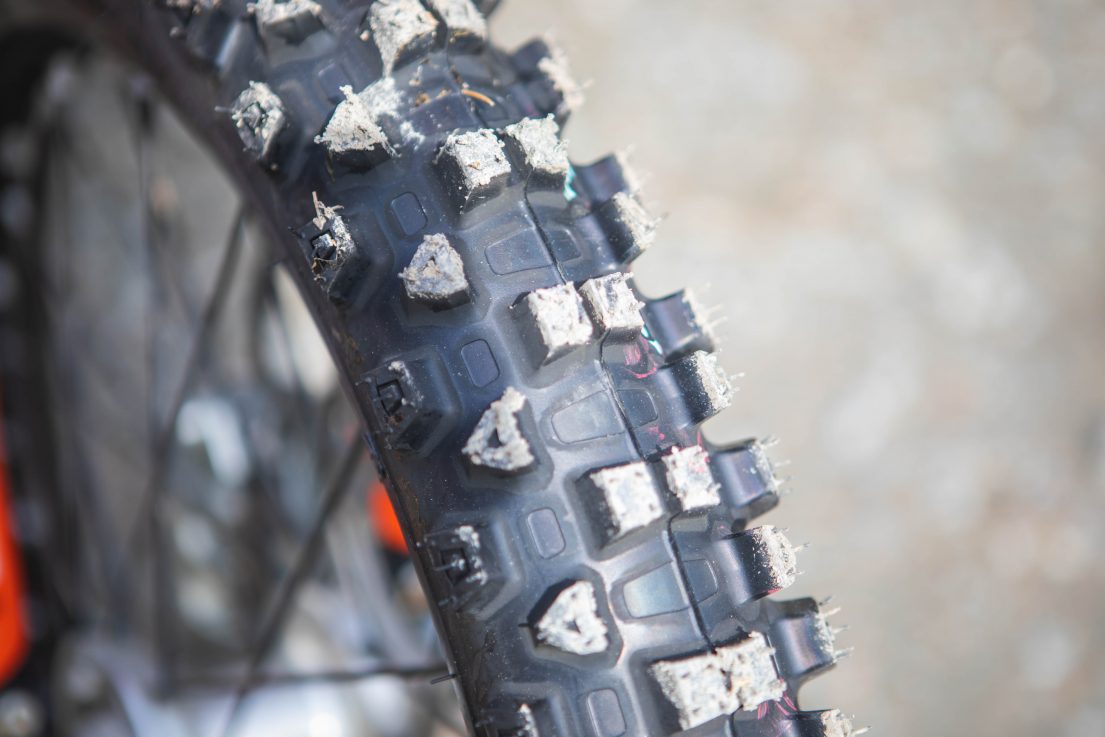