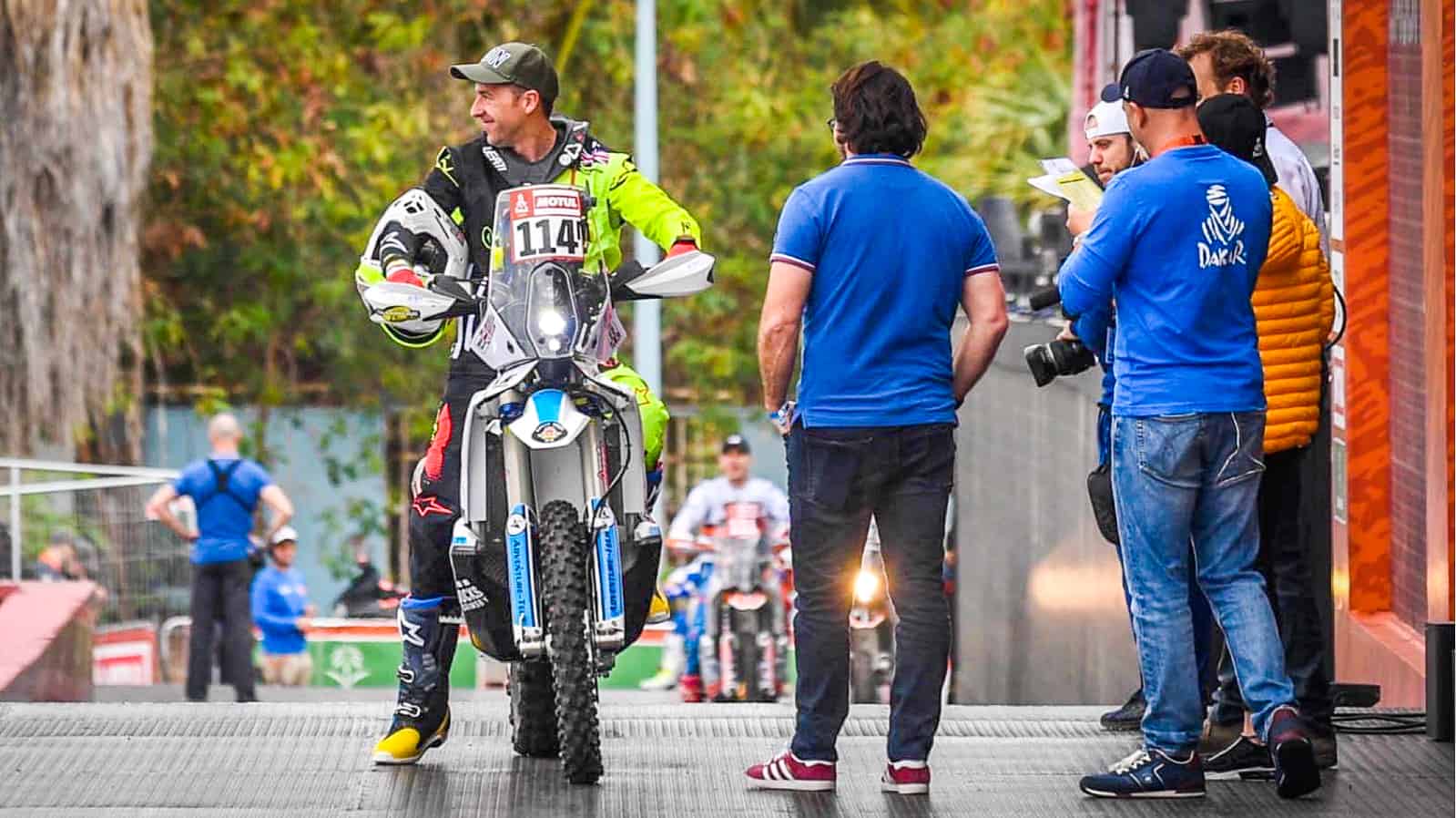 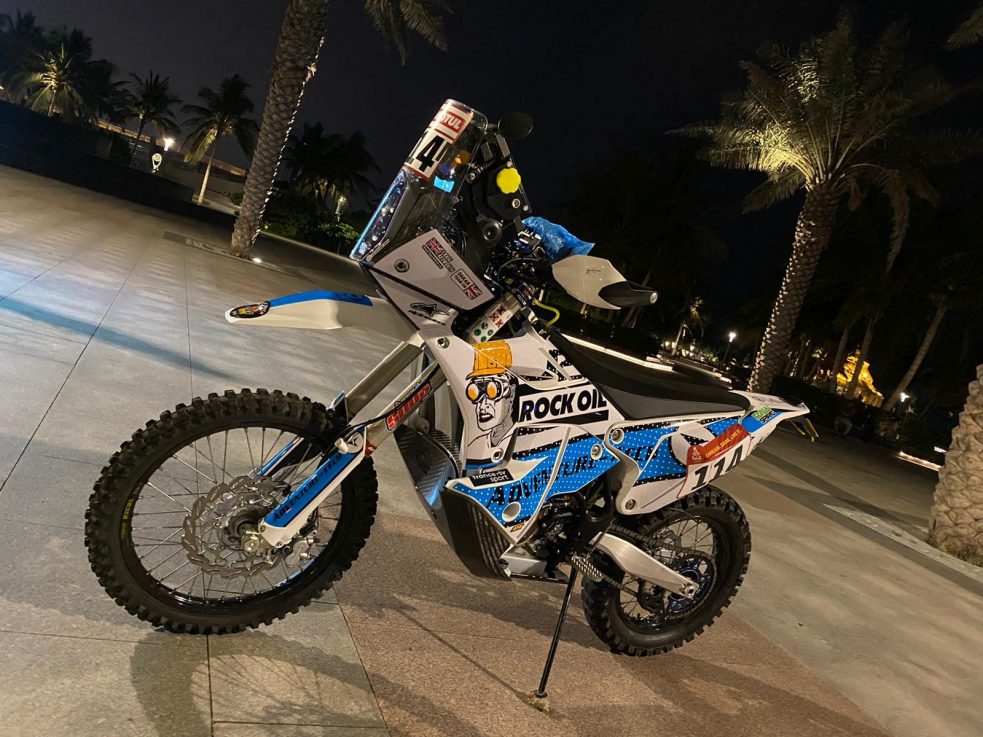 Today we had rocks. Sand. Sand dunes. Mountains. River beds. Sand with rocks, and rocks and sand in river beds. An easy, gentle intro it was not.

I’d told myself for long enough that week one will be an exercise in temperance, and given that at about 140km into the stage I was calling a helicopter to come and collect a fallen and injured rider, it’s not just me that’s excited to be here.

Nothing too bad in the end, but they don’t mess about. The protocol is that the first man on scene calls the medial team via the red button on the Marlink iritrack system. The first guy to stop gets his time back once the melee subsides. Subsequent riders can reiterate the severity by pressing the red button, but they then immediately press their green button to send a “but I’m ok” message. It was impressive how quickly a helicopter was with us, but it also meant I got swept up in the lead cars, and they are FAST. There is no option but to get out of the way and plod until the dust settles. There’s no return of the lost time for that. Still, this won’t be won in the first corner (or at all in my case), but you get the sentiment here. Marathon not a sprint.

The big question – Are we having fun? Damn right. Bed time now so we can do it all again tomorrow. 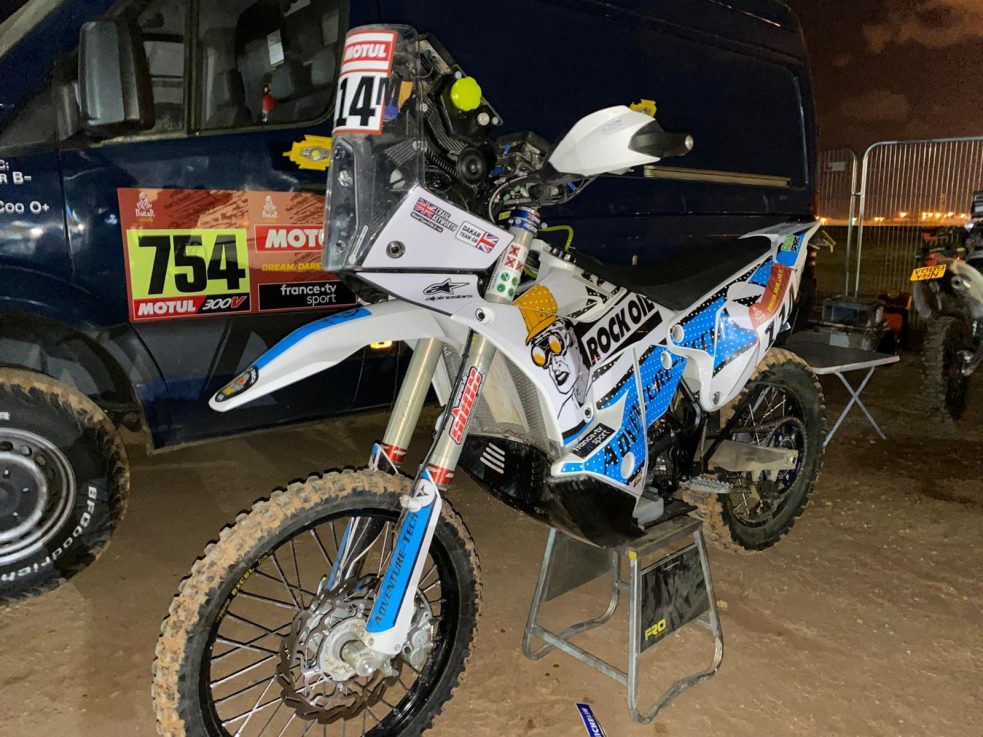 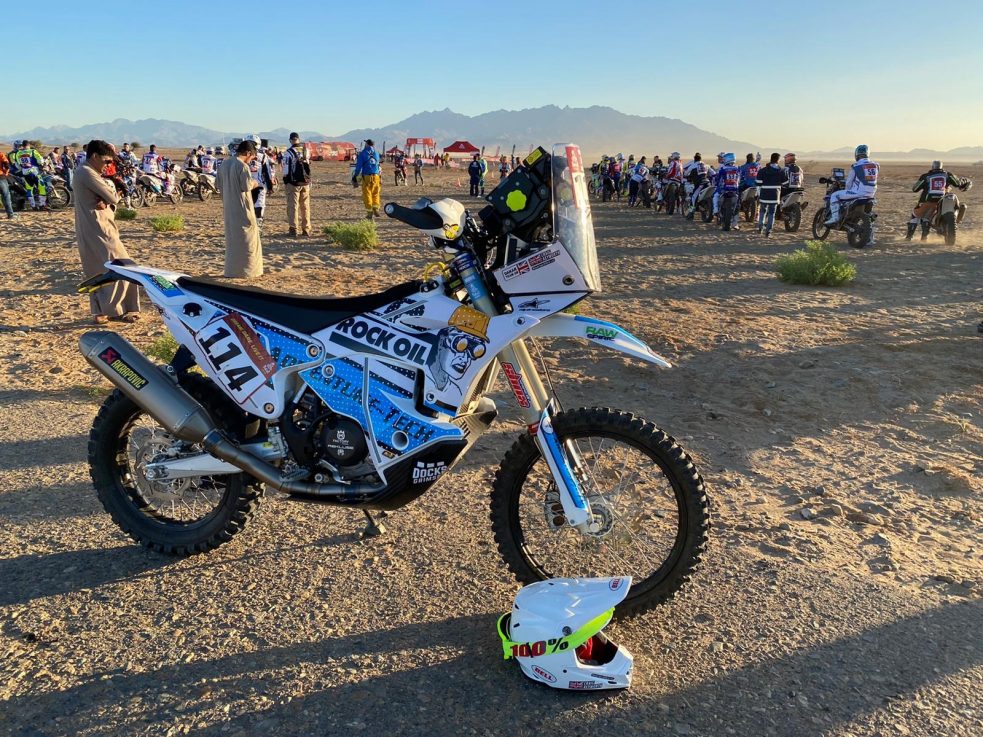 Provisional results showed Craig finished 127th today (just ahead of ‘teammate’ Mick Extance) but given around ten minutes back for the time he was stopped with the fallen rider he’s shown officially as 120th.

Today’s stage was featured 433km of liaison (pretty evenly split, before and after the timed liaison) and a 319km special.

The 319km stage took Craig 6:03.21 hours, including the time with the fallen rider, (which means an average speed of around 53km/h (30mph) so as Craig describes it was both technical riding and probably testing navigation. Leader Toby Price finished the stage 2:30 hours quicker – but remember this only Craig’s third desert rally, and he wants to be there at the finish, so he’s probably playing his way in carefully.

What did this first stage have to challenge the riders. Here’s the rider’s briefing notes forwarded to us by Craig:

The stage is divided into two timed sections (neutralisation)

DSS to PK 35: Many twisty tracks in canyons and dried river beds.

PK 35 to 86: Start of first dunes and corrugations with some small dunettes

PK 86 neutralisation of 19km on tarmac

PK 272: From here until the end of the selective section, track and sandy off-piste with more vegetation and wider and faster canyons.

Choose a track to follow as a function of the compass heading and not by its characteristics. The fastest track is not necessarily the most direct.

The first dunes of PK 37 could be complicated (soft sand).

Take care on the liaison at night !

ASS to do 238 km of liaison on tarmac until bivouac GPS CODE : will be given on the morning

Day 1 done: Shortly after this it got pretty dark… 240km liaison after today’s special stage. Circa 750km total for day. Lost time calling a helicopter for a competitor who’d crashed. Protocol is that first on scene calls assistance and waits. Hoping I don’t ever need the favour returned, and should get my time back tomorrow. Time to pitch the tent! 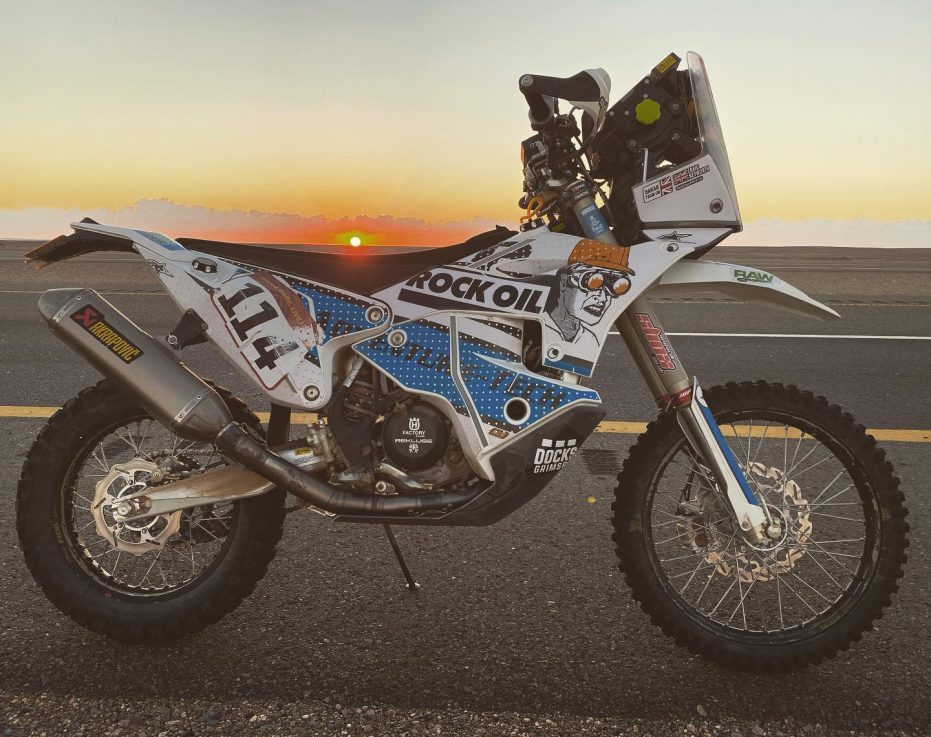