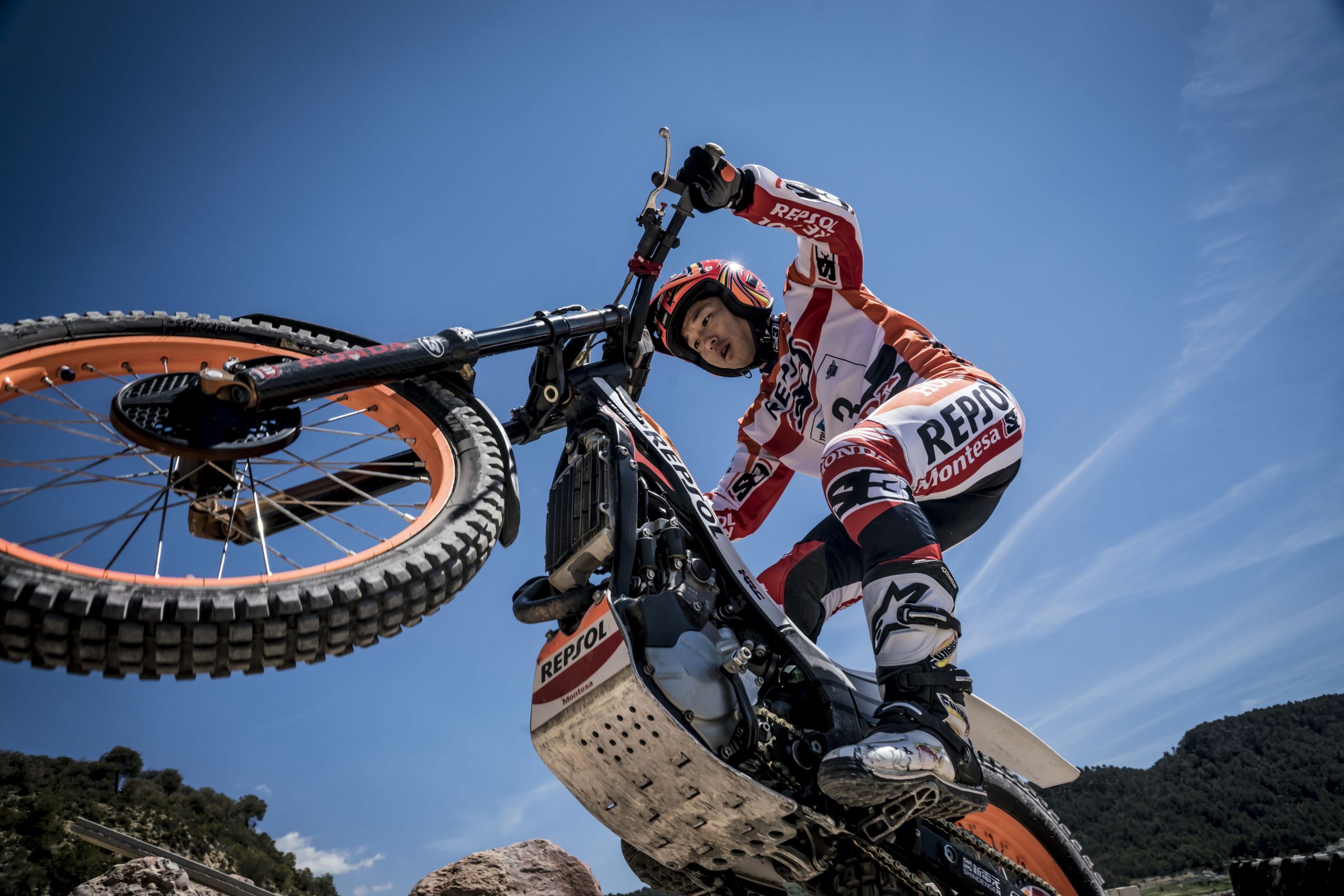 This week marks 25 years since Repsol Honda Team rider Takahisa ‘Fujigas’ Fujinami made his debut in the Trial World Championship. World champion in 2004, Fujigas is by some distance the trials rider with the most participations in the series, having so far ridden in 338 GPs.

After a start in cyclo-trials (he was a Japanese champion) Fujigas became the Japanese trails champion when still only 15 and so jumped into the world trials scene at the tender age of 16 and in his debut season already found himself seventh in the standings. He became the youngest ever winner of a trials GP the following season when he won the German GP at Thalheim. Riding as teammate to such greats as Dougie Lampkin and Toni Bou has meant Fujigas has just the one world championship to his name, but a staggering 13 top-three standings in the series, including 33 individual GP wins.

Now 40 years old, Fujigas shows no sign of backing off and will be ready for the 2020 season just as soon as it gets started. His HRC press officer spoke to him at his European home in Girona, Spain… 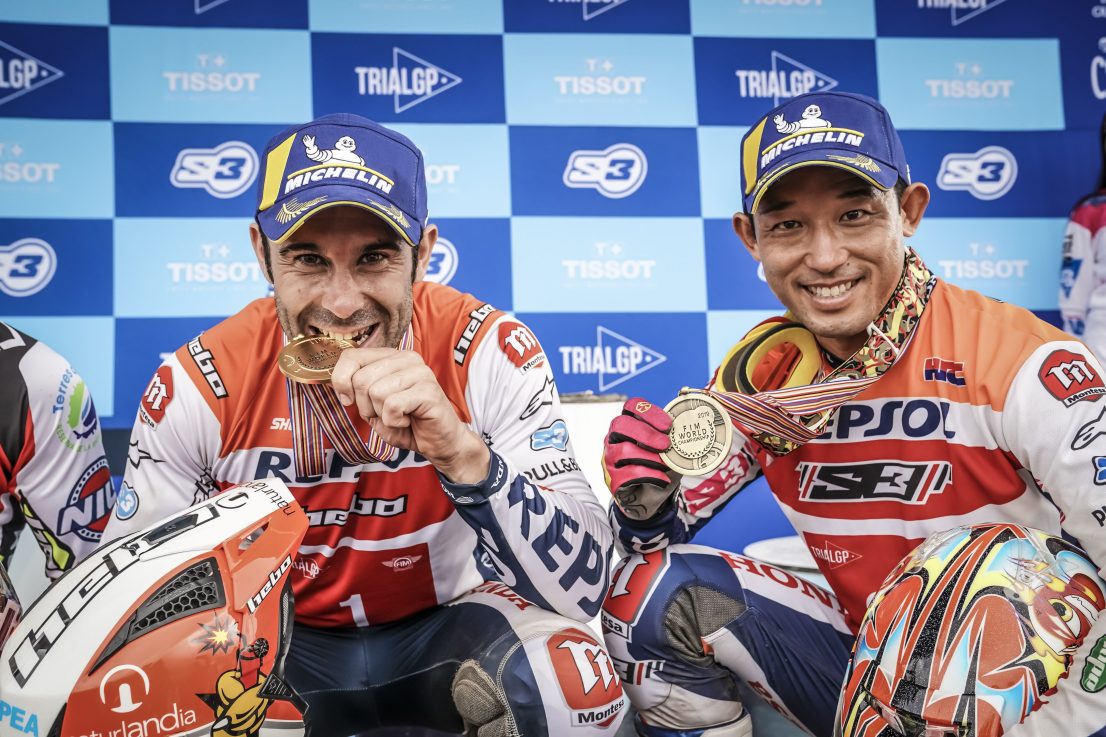 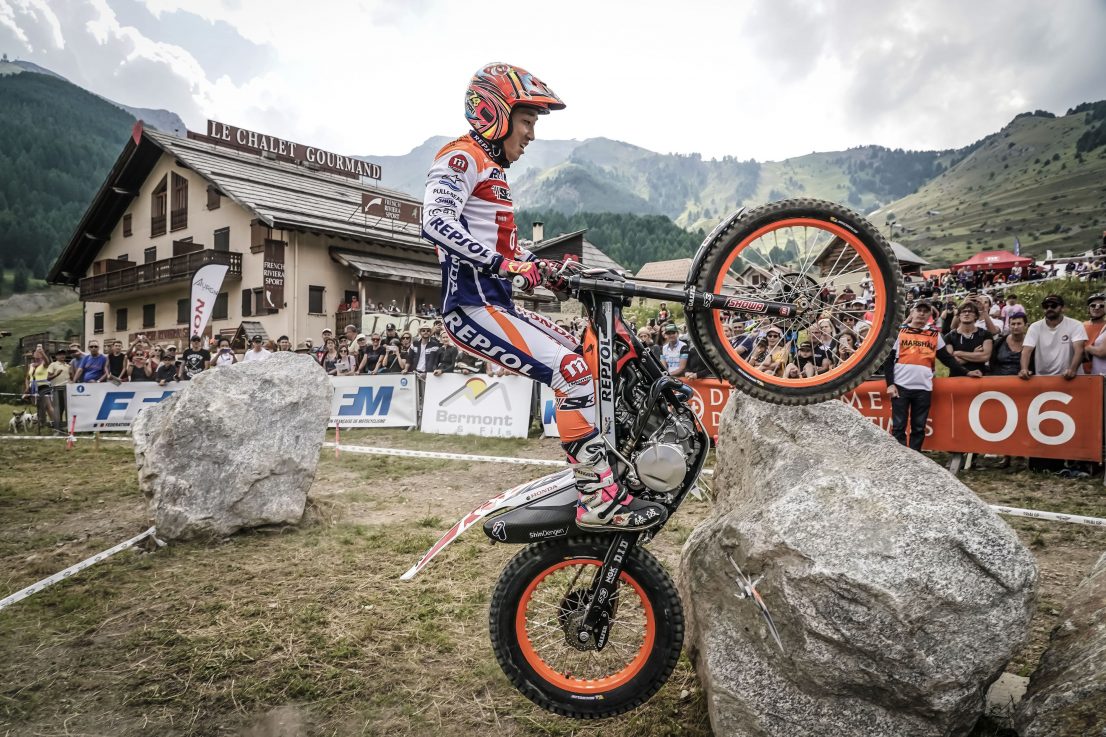 Like virtually all of us, Fujinami is under mandatory lockdown due to the CoViD-19 virus, although not being able to go out hasn’t stopped him from keeping in shape at home and remembering how the ‘Fujigas’ legend began. His first international trial was in Spain, in Navacerrada, in the Madrid region on April 14, 1996. In a freezing trial, that had seen snow at dawn, 16-year-old Fujinami lined up amid 37 other participants. He placed 19th.

What memories do you have of your debut in the Trial World Championship?

Fujigas: The truth is that I don’t remember many things, but I do remember that it was there, in my first trial, that people nicknamed me Fujigas. I came to a very difficult section that no rider had been able to overcome on the first lap. It was very steep, so I gave it a lot of gas. A lot! But it was little use as I also ended up with a fiasco, but the spectators started asking, ‘Who is that guy?’ ‘Fujinami’, I answered and they said: “What you are is Fuji-gas!” That’s where it comes from…

It was your first trial among the elite riders?

Fujigas: Yes, Jordi Tarrés, Tommi Ahvala, Bosis, Colley, Lampkin, Colomer… I had only seen them on video and there I was lining up among them. It was quite exciting for me and I even felt a bit of stage fright in front of so many professional riders.

This year will be your 25th season in the Trial World Championship. It’s not often that you see such a long sporting career!

Fujigas: Until now I believe I’m the only one to have done it, but I think many others will attempt to break the same record. Last year’s third place was a surprise for many, but not so much for me. I think I am even better this year both mentally and physically. Twenty-five in the end is just a number. I feel great and I’ve been feeling the same year after year. 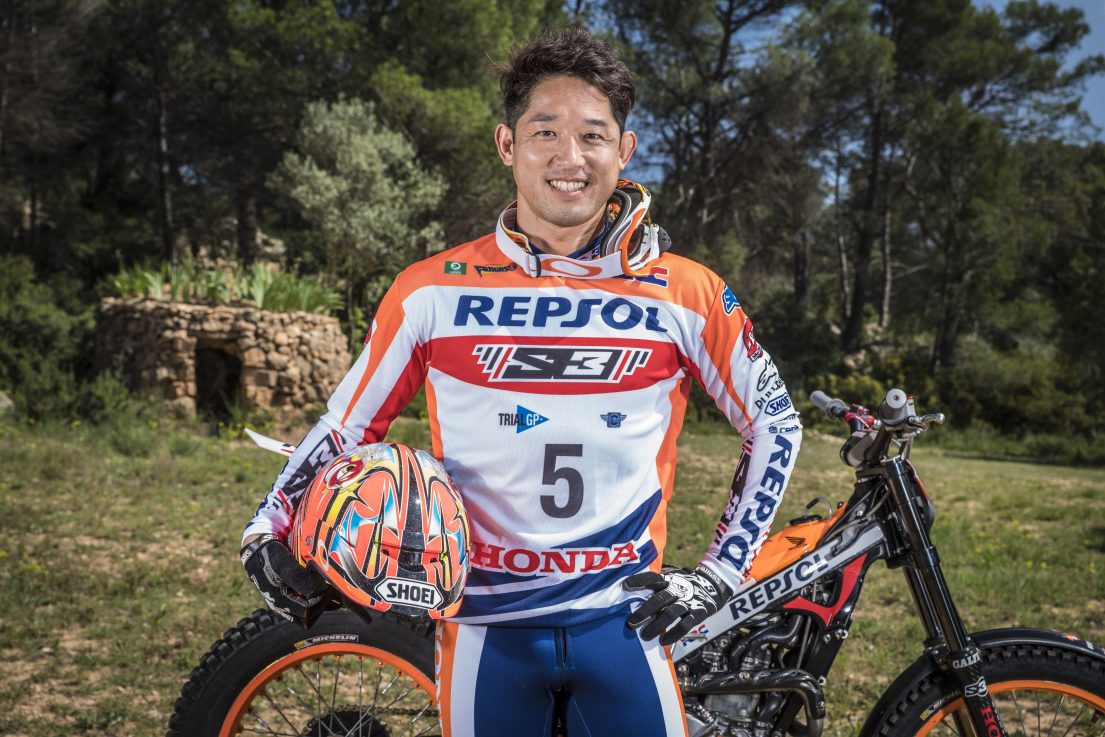 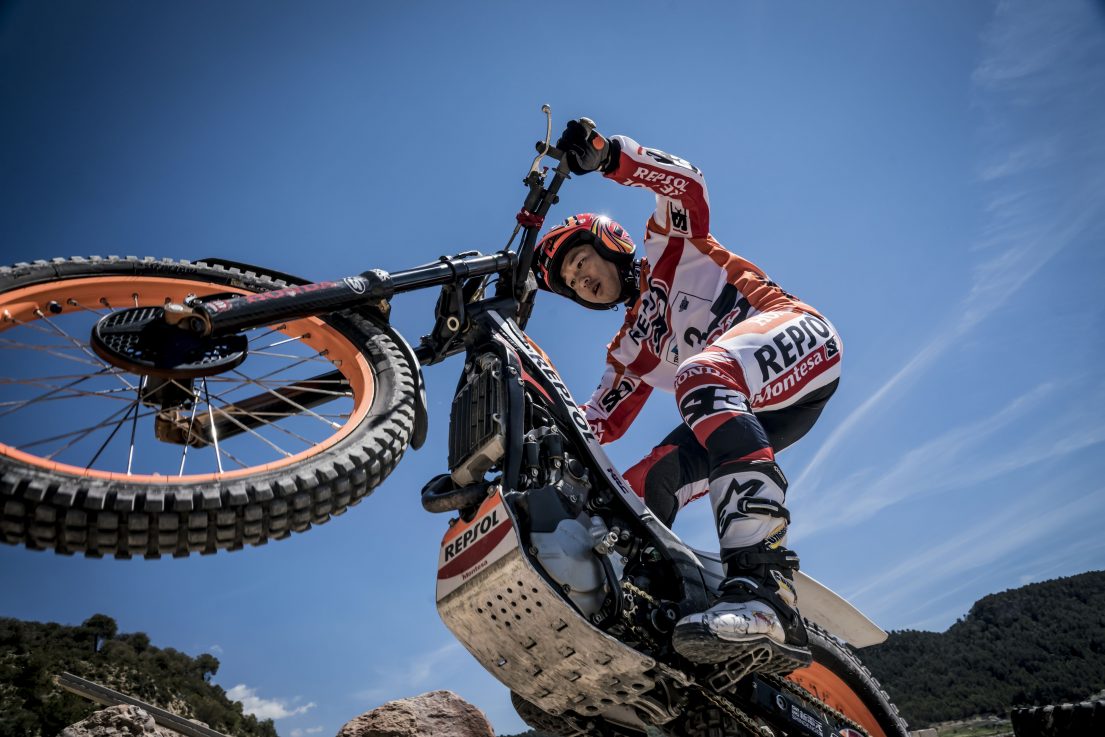 As you pointed out, last year you finished third in an extraordinary season finale. Do you consider it to be your best year – apart from the one in 2004?

Fujigas: Three years ago I also achieved third place in the world championship where I think I had a very good season too, with a win and several podiums. Last year I was in the top five throughout and that was very important towards the final result.

The TrialGP World Championship this year will have a modified start and Japan will no longer be the most important race in June.

Fujigas: Yes, it is difficult for them to put the calendar together. For me, as I didn’t compete in the indoor championship, it will be a very long wait! The first three trials have been postponed and it will be a bit tough mentally. To think that in two months time the world championship will not have even started. It’s going to be hard.

In spite of everything, we have seen a very active Fujigas as of late, training at home. Is this your way of preparing and battling against the Coronavirus Pandemic?

Fujigas: It is what it is. Everyone has to be locked down at home. In the house I try to do as much exercise as I can: the exercise bike, some fitness, etc. I have a trainer who sends me exercises to do at home.

What exercises do you do to stay fit?

Fujigas: Mainly cardio work on the bike but also some TRX and weights for the chest and legs.

Do you have a gym at home?

Fujigas: It is not exactly a gym, but I’m fortunate to have some equipment at home. But it is very difficult to stay focused working alone. Mentally you have to be very strong to train so hard by yourself.

Do you have time to prepare the bike?

Fujigas: I have the training motorbike at home so I have amused myself fiddling around with it and making some technical adjustments and try to change the engine… but I haven’t really been able to do much.

Taking care of diet is important for an athlete. Have your eating habits changed recently?

Fujigas: Every day I check my weight on the scales. And the truth is that I have lost weight somewhat. This is normal, I think. So I don’t have to worry too much about food.

Hopefully we will see you back in action soon. Any final message?

Fujigas: Yes, I would like to take this opportunity to thank all the health workers who are striving so hard these days to look after the sick. My respect to them and I would also like to offer my condolences to the families and friends of people who have lost loved ones. Thank you. 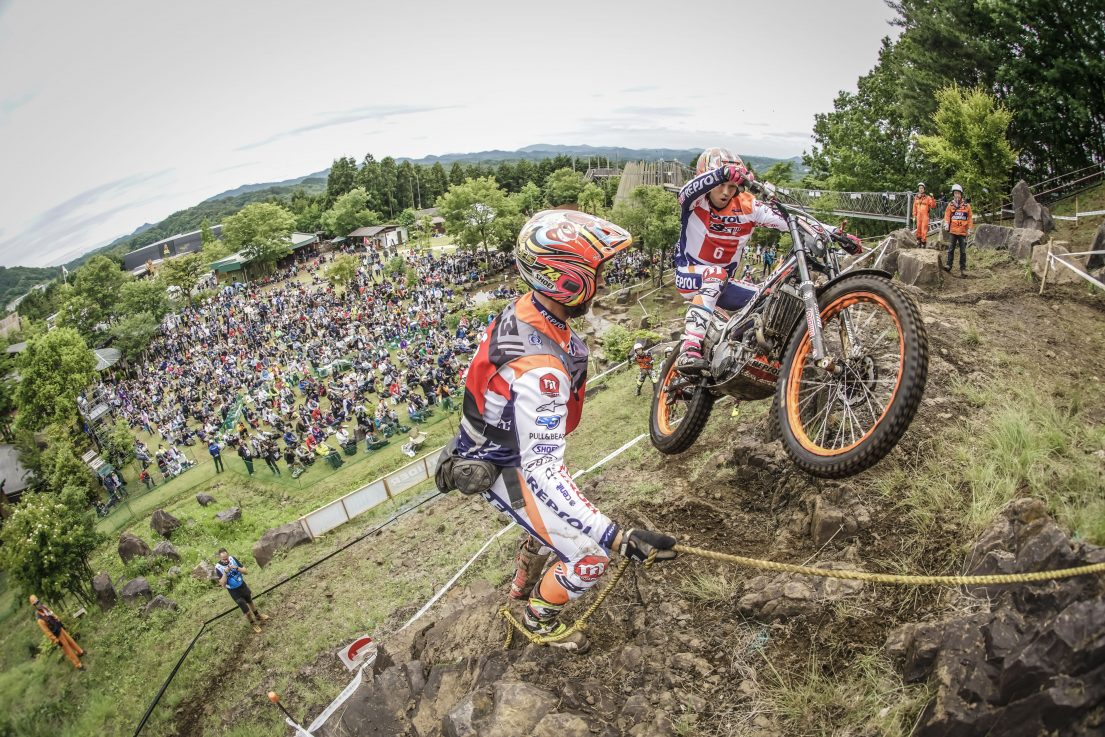 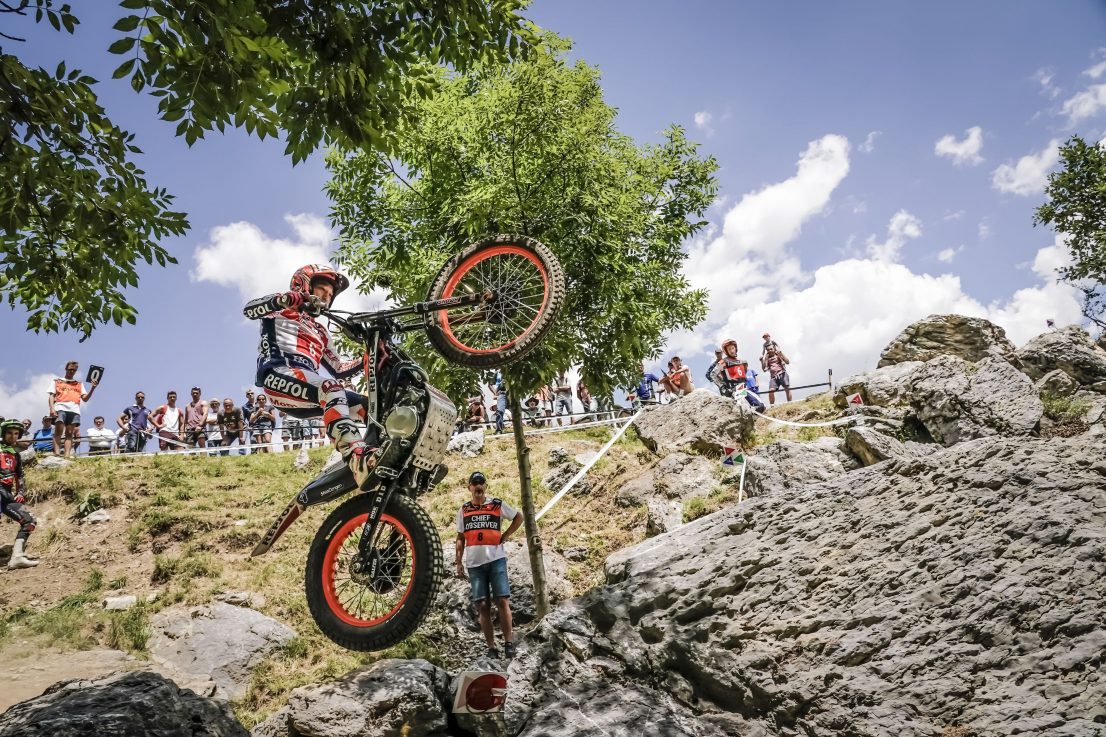