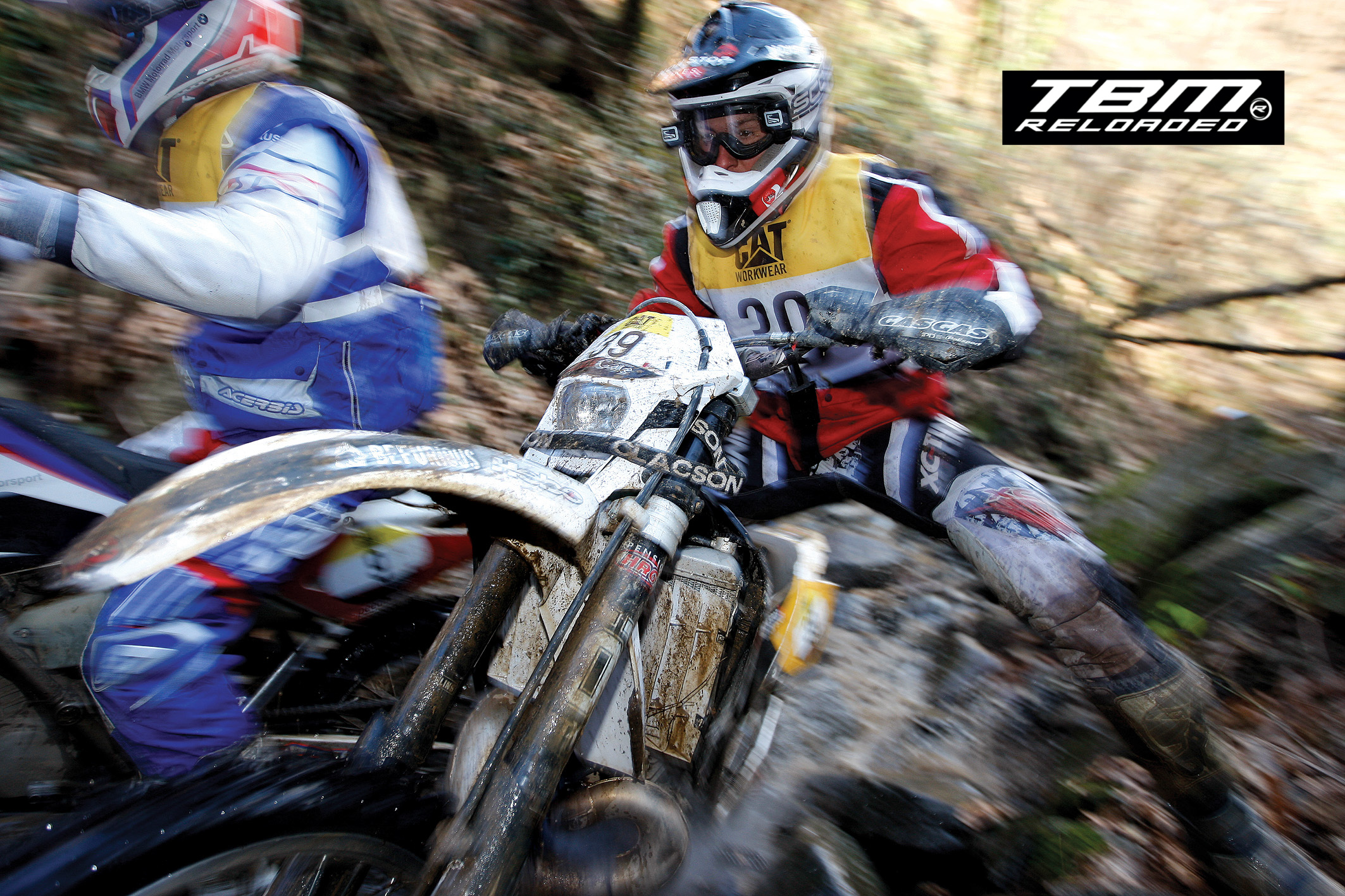 Back in 2009 extreme enduro wasn’t quite the Red Bull lubricated multi-media giant it is now. In Taddy Blazusiak it had but one full-time professional rider. Others came to play in this evolving discipline from regular enduro and trials. In 2009 12-time world trials champ Dougie Lampkin gave extreme a dabble. It went well for him here at Hell’s Gate but subsequent events delivered him some pretty heavy crashes that quite possibly suggested to him that his future lay elsewhere. Equally fellow-podium finisher Alex Botturi has chosen to follow rally over extreme. But Taddy’s still there…

The ice hung in spiky clusters from the tops of buildings, threatening to drop at any moment and pierce whatever lay beneath them. The sky burned blue with intense cold, sucking the breath from your lungs and chilling riders to the very marrow. And long before the sun had broken winter’s icy grip on the throat of mother nature, 80 riders had begun the annual Hell’s Gate extreme enduro…

One of the most beautiful settings of any event, high up in the Tuscan hills in Italy, the Hell’s Gate rewards the eventual winner better than any other extreme race in Europe. It’s also an event at which British riders have dominated. Won three times by David Knight (who hasn’t participated since ’06), over the years it has seen 12 of the 18 podium positions filled by Brits.

There have been two podium clean sweeps by our boys and at least one UK based rider has finished top three every year since the event began in 2004. Would this year be any different?

For the last two years it’s been Poland’s Taddy Blazusiak who has claimed the event win. Finishing ahead of Graham Jarvis and Paul Bolton last year, the factory backed KTM rider started this year’s race as clear favourite, and as the only full-time ‘extreme’ enduro rider in the field.

Continuing the strong British presence at the event were a mixture of first timers and previous Hell’s Gate finishers. In total seven Brits took to the start, with three looking to finish near the sharp-end of the results. Returning to the event in the hope of another podium was Sherco-mounted Graham Jarvis, who finished as runner-up in ’08. Tom Sagar who claimed fourth last year was back as Husaberg’s top rider. And joining them for the first time ever was Dougie Lampkin – taking part in what would be his last non-trials event before starting his preparations for the ’09 World Trials Championship.

All seven Brits should have made it through into the main Hell’s Gate event. I say SHOULD, as Martin Craven – who like the other first timers Mark Jackson, Dougie Lampkin, David Wood and David Myers wasn’t 100 percent sure how the format for the morning’s qualifying enduro worked – managed to clock in early at two of the time controls, which saw him handed 18 minutes of penalties.

If there was one thing that the qualifying enduro revealed to all riders, it was that the ’09 Hell’s Gate enduro was going to be tough. Very tough. The reason? Sub-zero temperatures and frozen ground.

Polish duo Taddy Blazusiak and Bartosz Oblucki found out to their cost how painful it was crashing in these conditions. Thankfully all but one of the Brits qualified unscathed with Jarvis fourth, Sagar fifth, Lampkin sixth, Jackson 22nd, Myers 25th and Wood 27th.

The main event four-lap Hell’s Gate race didn’t deliver too many surprises. For most the event was simply too difficult to complete, with at least half the 30 qualifiers getting no further than the second lap. Out front Blazusiak made the most of his pole-position and shot off into an early – and sizeable – lead. But it didn’t last. Having pulled himself clear of Italy’s Alessandro Botturi he made a mistake and got himself stuck. And because of an injured right wrist when he fell during the morning qualifying, he spent several minutes un-sticking himself, while Botturi sailed past and into the lead.

But Botturi’s lead didn’t last either. Taddy was soon back behind the Italian and starting to put him under pressure. Passing him for the lead towards the end of lap two, Taddy began the penultimate lap with a clear track ahead of him. He made no further mistakes and pulled himself clear of the rapidly reducing field as the Hell’s Gate organisers withdrew any rider who fell more than half an hour behind the race leader. Eventually cresting the top of the final peak, Taddy netted win number two, and a KTM 250EXC-F for his troubles.

One of the most notable performances this year came from Alessandro Botturi. A long-standing WEC campaigner who is as broad as he is tall. Bottu’ doesn’t normally enter too many extreme events, let alone place well in them. Although an experienced indoor enduro competitor, the normally four-stroke mounted ex-rugby player piloted a 300cc KTM to a well-deserved runner-up result.

Britain’s best result came from Dougie Lampkin. Competing at Hells’ Gate for the first time, Dougie approached the race with a serious but laid-back attitude and came away not only as the highest British finisher but with a podium place. More than pleased with his result Dougie was nevertheless a little disappointed that while Taddy received a KTM 250, and Botturi a KTM 50, he got only a medal for his hard work.

In finishing third Dougie led home the three eventual British finishers. Next up and missing the podium by one position was Graham Jarvis. Enjoying the event and riding well aboard his 250cc Sherco, Grimbo placed third during the opening lap before Dougie sneaked past. Enjoying a relatively uneventful race Graham promptly missed much of the extravagant prize giving ceremony having opted to take a quick nap after the race.

Fifth went to Tom Sagar. A result that on paper perhaps wasn’t as impressive as expected, but in reality Tom’s performance was solid. Crashing early in the event, Tom’s Berg took a trip down into a gully, where more than a little gentle persuasion was needed to free it. Admitting after the race that the crash had been ‘a big ‘un’, Tom did contemplate calling it a day, but instead rolled up his sleeves and in passing BMW rider Andreas Lettenbichler on the last lap, claimed fifth.

So that was the 2009 Hell’s Gate. Cold, unforgiving and brutal, it nevertheless proved another success story for the Brits who, following the recent cold snap in the UK, must’ve felt right at home… 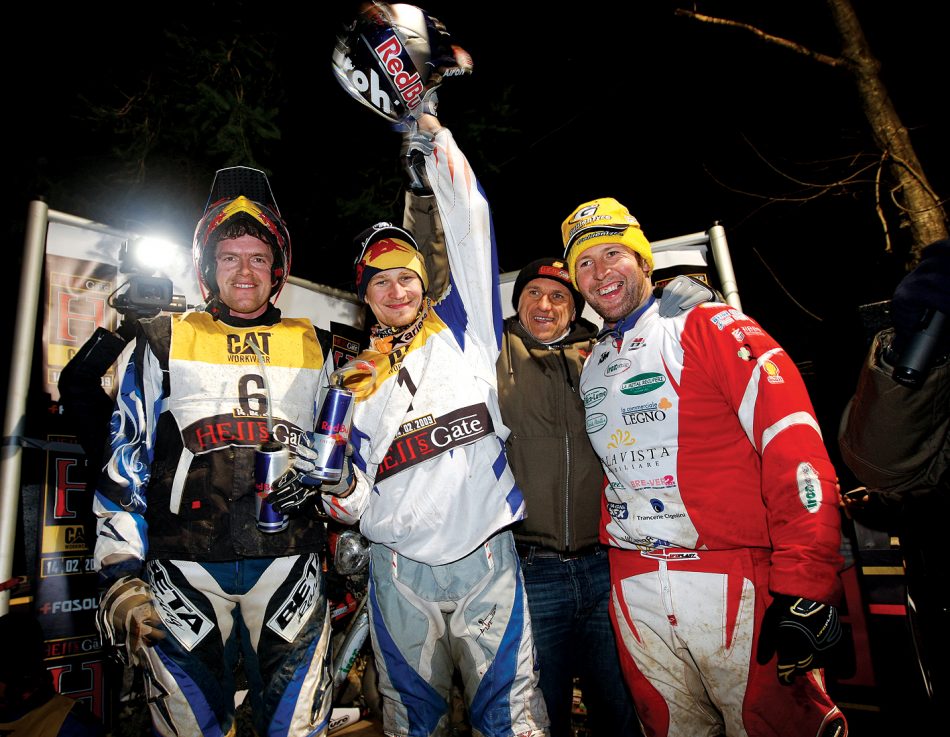 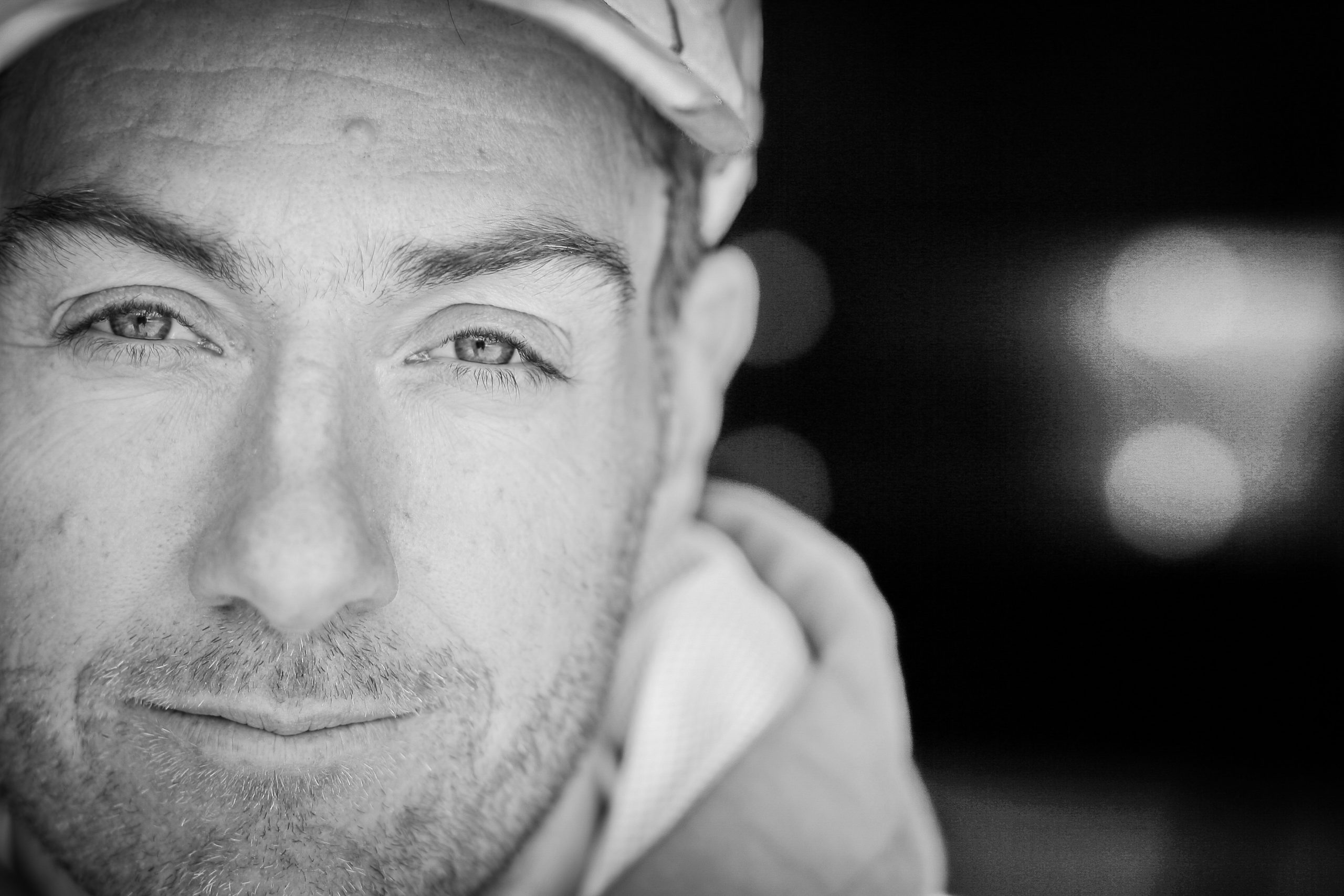 IN CONVERSATION WITH GRAHAM JARVIS 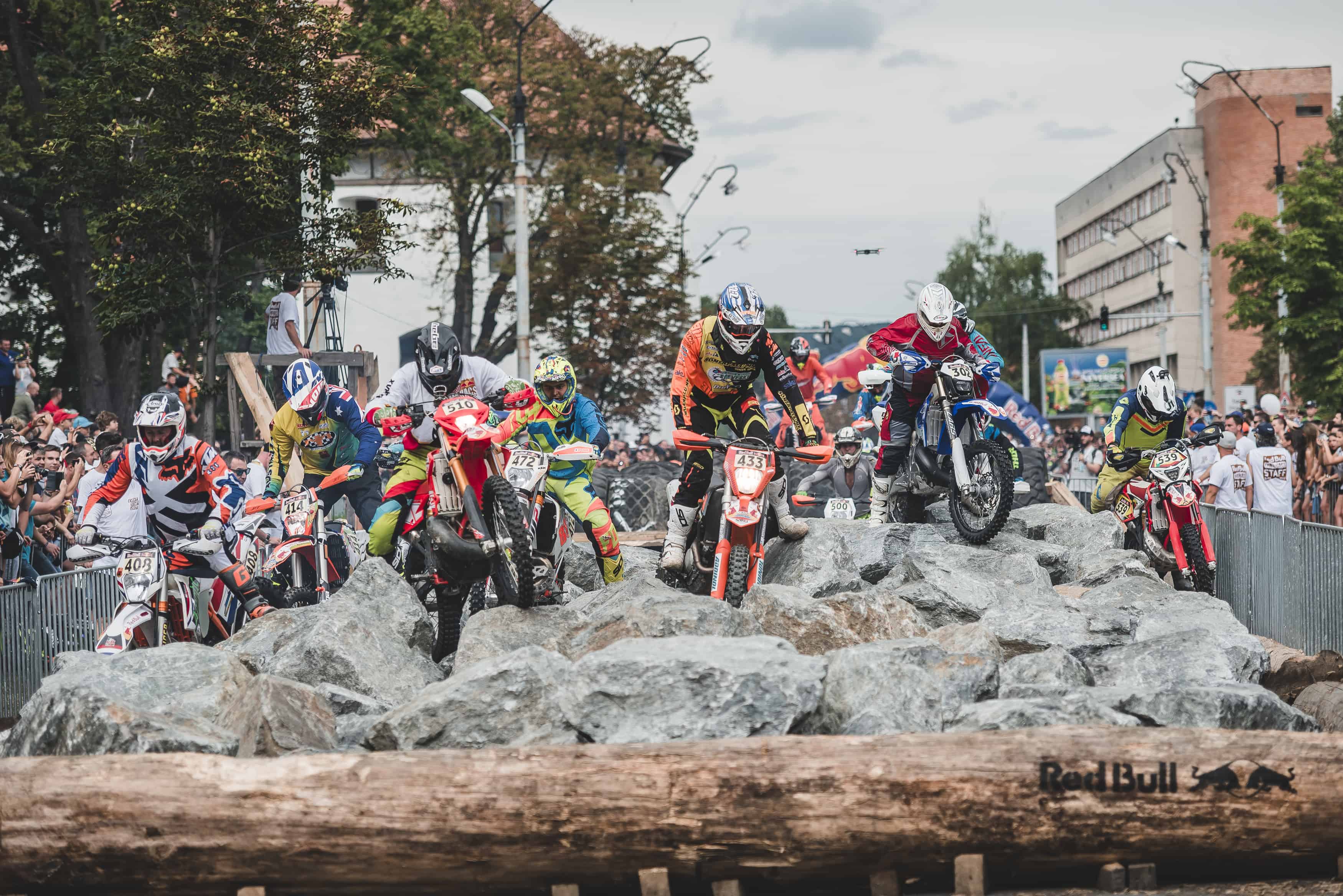