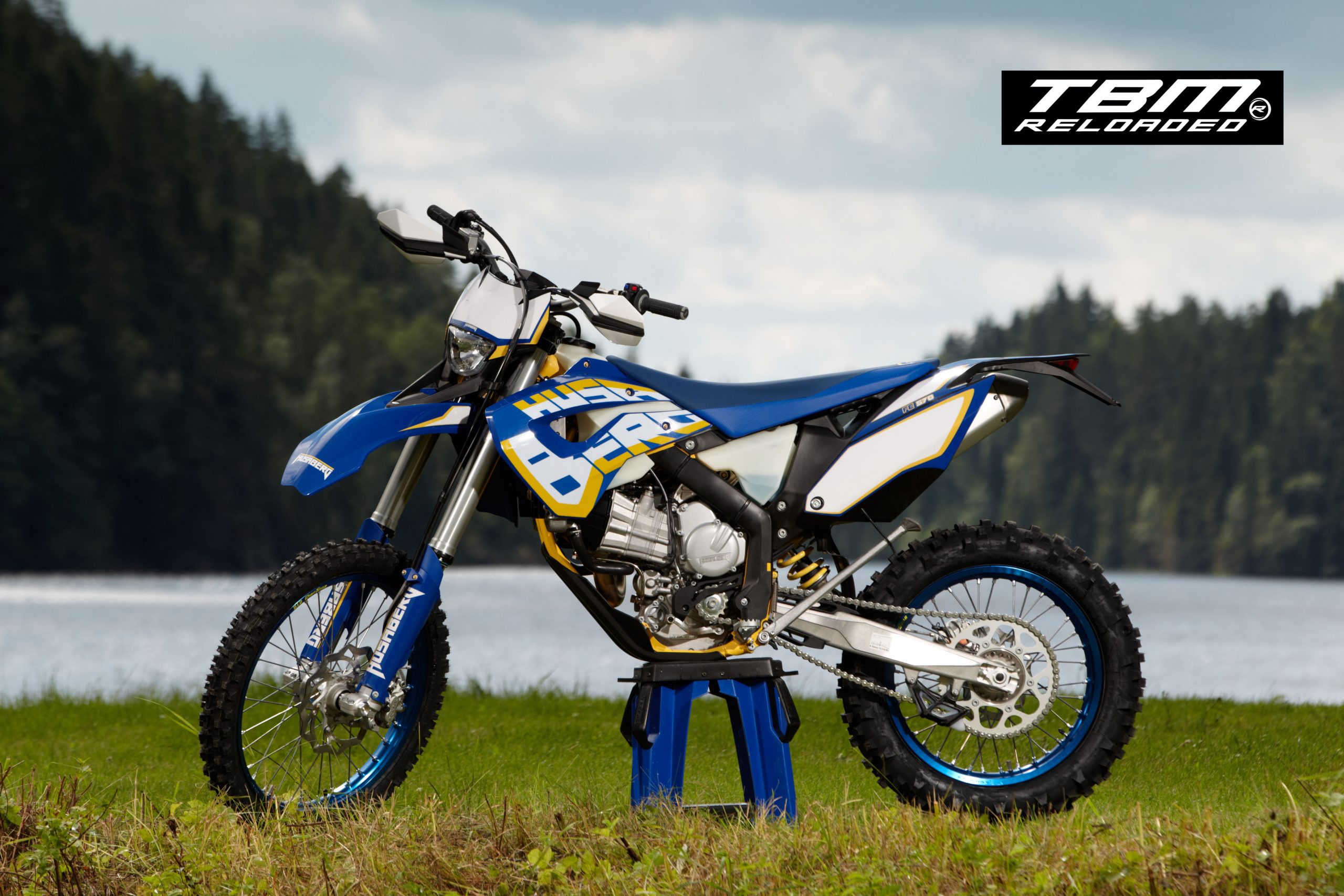 Flashback 2009: Husaberg was stunning the enduro world with their new 70º slanted four-stroke motor. Radical and very effective though it was, TBM's publisher Si Melber set to pondering  its future  – and with some accuracy foretold of its demise: "sometimes a sound idea remains nothing more than just an evolutionary dead-end..."
PrevPrevious
NextNext
PrevPrevious
NextNext

True innovation in the dirtbiking world occurs far less frequently than the manufacturers would have us believe. So when a novel design concept or innovation in the basic architecture of dirtbike design comes along, which appears to confer a particular advantage, you can imagine that all the other manufacturers would be quick to jump on the bandwagon.

Certainly that’s always been the case in the past. The switch from twin shock absorbers (which had served dirtbikes well for countless years) to a single central monoshock design pioneered by Yamaha, has been universally adopted by all. As was Suzuki’s idea of using a rising-rate linkage system to operate that damper (though companies like KTM and BMW have since sidestepped this particular development). The same goes for liquid-cooling and disc brakes which have been standard fare on dirtbikes for years now. Other ideas however, have yet to find universal acceptance – alloy frames, fuel injection, hydraulic clutches etc.

Husaberg’s re-configuration of the basic architecture of four-stroke dirtbike engine design – placing the heavy rotating mass of the crankshaft at or around the motorcycle’s centre of gravity – appears on the face of it, to be one of those Eureka moments. Startling in its simplicity and flying in the face of conventional wisdom which suggests mass should always be kept as low down as possible, it appears to work on the basis of its subjective effect rather than any measurable improvement. And best of all it requires no additional parts and no additional costs other than the (admittedly quite significant) re-tooling costs associated with any new engine and/or frame design.

But will it turn out to be as fundamental to dirtbike design over the next decade say, as other improvements have been in the past? Or should it be considered as more of an ‘alloy frame’ initiative, ie offering theoretical advantages rather than measurable practical ones.

Certainly if the rave reviews the bike has been receiving in the worldwide dirtbiking press are anything to go by, then it will be hard for other manufacturers to ignore in the long-term.

As one of the few people invited to ride the new Husaberg on its launch in Serres, Greece last year, I can vouch for the fact that the handling advantages are very real. Yet somehow I can’t see universal acceptance of the concept… Well not just yet, anyway.

The global economy has much to do with that fact. Manufacturers already squeezed by shrinking demand, falling sales and currency fluctuations have little spare funds to develop new products right now. And while the money for today’s R&D work will have been earmarked as much as 24-36 months ago, with the axe currently falling on so many budgets, it’s hard to see where the money for wholesale redesigns will come from.

But two other crucial factors will dictate whether we are all soon riding around on bikes with ‘high-crank’ engines. Firstly patents – it’s not yet widely known whether Husaberg have patented any of their current ideas, or indeed whether these ideas are even patentable. Certainly the principle of stacking items atop one another has been employed by Yamaha in the R1 supersports roadbike – it’s gearbox uses a stacked arrangement rather than a conventional horizontal layout in order to improve the engine’s ‘packaging’.

But most importantly of all I think is going to be whether KTM (the owners of Husaberg) can translate their ideas into both competition success and ultimately sales success. Competition success will be needed to convince the buying public that the advantage is real, and sales success will be the impetus driving that change among manufacturers. But what about the largest manufacturer – KTM? Assuming the design principles are as good as they claim, will they shortly be adopting the design for their own brand of machinery?

Well not immediately I suspect, and the reasons aren’t too hard to fathom. Firstly they have a tried-and-tested product in their current range of EXC machinery. Not only do these bikes work well (and win at the highest level), but they also sell well too, so why upset the applecart? And secondly… They don’t need to. They already own Husaberg and the Berg is their proving ground. If you want the new technology you pay the premium and buy the Berg, if you don’t then you stick with the KTM. Either way Austria still pocket your euros. Which when you stop and think about it is a very shrewd way of doing business. Why narrow your customer base when you don’t need to?

Now in fairness there’s been much written about how KTM ‘adopted’ the original Husaberg design for the first of their (previous generation) EXC motors and made it their own – though of course as Husaberg’s owners they had every right to do so, and besides… Husaberg had originally adopted Husqvarna’s design for THEIR engine. What’s also true is that as a company KTM has been ‘carrying’ Husaberg for the past eight years – spending more on promoting and maintaining the brand than it ever generates in terms of sales revenue. So if they are now enjoying the fruits of Husaberg’s success then good luck to them I say, because maybe the time is right for Husaberg to pay its dues.

No the wider question concerns the other dirtbike manufacturers – notably Yamaha and Honda and to a lesser extent Husqvarna and Kawasaki. BMW already has its hands full perfecting their own brand of alternative engine design so won’t be party to this, but it will be interesting to watch whether the Japanese choose to adopt some of the Berg’s design principles.

Personally I think it unlikely. Yamaha’s WR-F replacement has been in development for some time now, ahead of an anticipated launch in 2011 (or possibly 2012); and Honda will no doubt be in a similar position when it comes to replacing the current generation of CRFs and CRF-Xs.

So that just leaves Husaberg with the high-crank technology it has pioneered, to fly the flag of experimental dirtbike technology. A flag it has been more than happy to wave ever since it first came into being back in 1989.

It may well be that Husaberg’s technology marks a significant improvement in engine design – but whether that means widescale adoption of the process is another matter entirely. As Suzuki found out when they developed the ‘Full Floater’ technology back in 1980 (whereby the rear shock was compressed from both ends simultaneously via rockers top AND bottom, and which worked brilliantly), sometimes a sound idea remains nothing more than just an evolutionary dead-end. It’s no wonder then that true innovations in the dirtbiking world are as rare as a Cannondale E440…