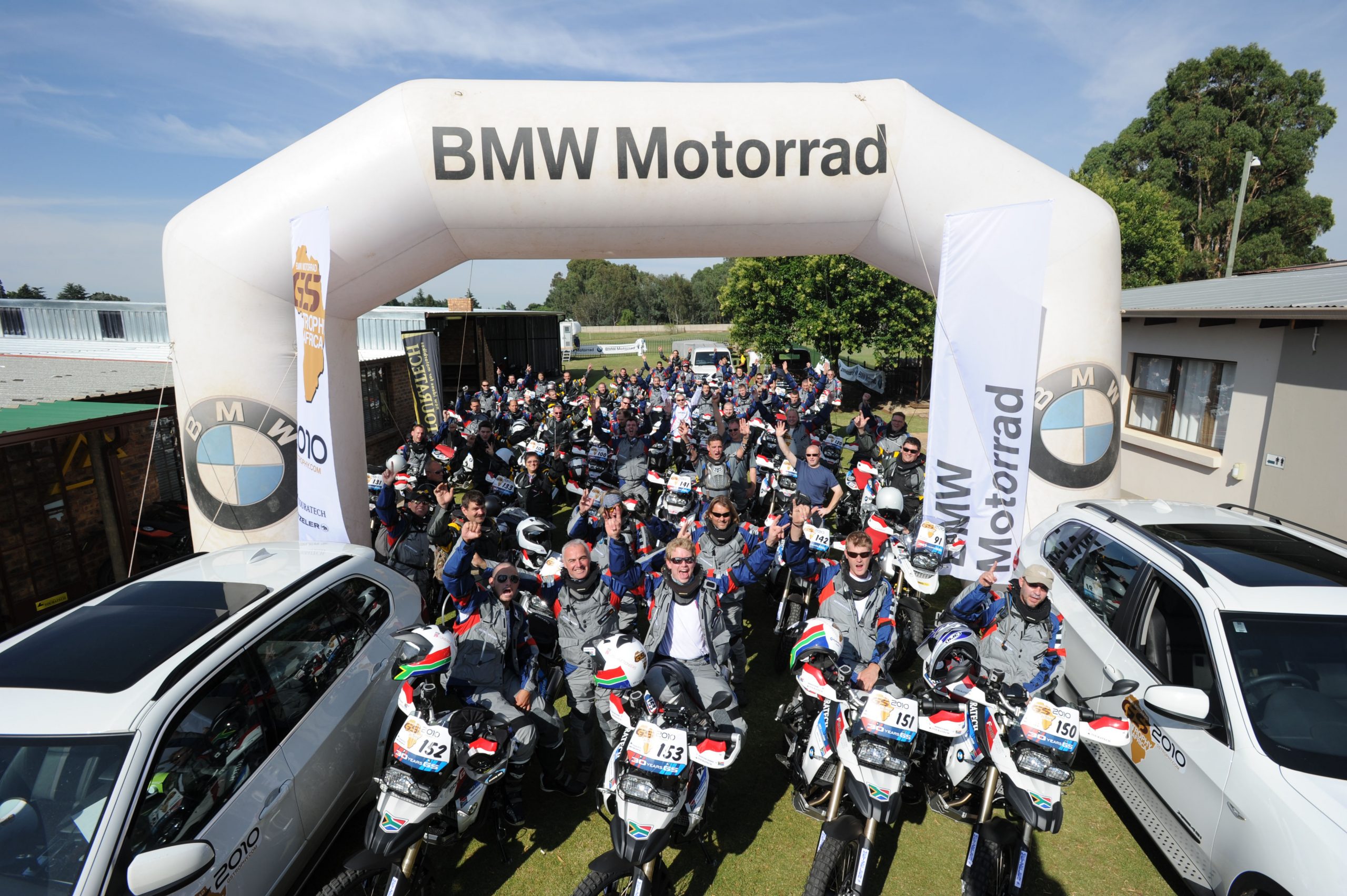 ON THIS DAY 10 YEARS AGO

I was there as BMW’s press writer. (I owe eternal thanks to Scott Grimsdall at BMW Motorrad UK for recommending me to Liane Drews of BMW Motorrad Kommunications for this role – a position I’ve now held for six Int. GS Trophies.) BMW had needed an English-speaking journalist who could write and shoot (photos), and ride dirt to a reasonable level. Turns out there aren’t so many who do all three, plenty do two, but few do the triple. Why English speaking, not a German? On account it’s easier to originate a document in English and translate into German (and other languages) than it is to start with German.

The job was to ride the event each day alongside the competitors then turn that experience into words at the end of each day, and that story, together with photos and a video would be beamed by satellite to Munich ready for worldwide distribution the following morning.

Despite 15 years as a journo/writer already I was necessarily nervous. This was writing daily press reports for one of the biggest clients you could imagine in a bush location with a strictly limited time frame. I’m a happy writer working to deadlines, but in magazine-land these deadlines are monthly, not daily – so in PR there’s less time to consider your work. Equally my style is more emotive, less factual, then the usual PR briefings. And as well, there was going to be the enormity of capturing the whole day – the adventures of 30 competitors – in one shortish story.

I was also worried about working for a German company. I figured they’d be ruthlessly efficient – I’m not – and sharp as tacks on everything (I’m certainly not that, either). But on arrival in Johannesburg I was quite relieved to find this wasn’t the case. They proved to be sharp and hard working, absolutely, but the guys were human, welcoming and a great team; corporate clothing was minimal and casual – T-shirts etc. For them, too, this was unlike anything else they’d ever entertained (not the usual bike launch for instance), so they were also feeling their way. I understand that more now, in retrospect – and from subsequent conversations – but at the time I was super-nervous.

The buzz at the start point, at Touratech’s base in Jo’burg, was fantastic. So many spanking-new GSs, both 800s and 1200s, all in the 30 Years celebratory colours – quite the sight. The newness of camping all together – all in identical tents – was special. As was, on that morning, the mad rush to pack up your tent and bags, get washed up, get breakfast, load the support trucks, get interviewing and taking photos, and starting riding – all with that 8:15 deadline.

The riding marshals, incidentally, were all South African. With the exception of Leon (who was standard European in size), they were all man-mountains. Seriously tall, seriously big guys – like a whole other species. And they could all ride damn hard. Intimidating until you got to know them, they were also real gentlemen and possessed a soft side to counter their superhuman exterior.

After the grand depart, the roads out of Jo’burg were not the easiest to deal with. Giant potholes – big bike-eating monsters – went unmarked and as we rode at some pace they took some spotting to avoid in time. When we got to the gravel things got even more heated as the pace was fast and with nine bikes to follow in my group I was riding in a fair dust cloud. The tracks, like the roads, held traps for the unwary, or unlucky, and it was a nerve-wracking ride to the end of the day.

This was though the start of an incredible journey, for everyone. Between the inspiration of Tomm Wolf and Jan du Toit we discovered a whole new way of enjoying adventure bikes, necessarily challenging and boisterous. Through Michael Trammer we found how a soft touch and good humour could keep a 60-man wildly careering caravan bang on track for a whole week. And we made friends with guys and gals with whom the bonds ten years later are as strong as ever, a real band of brothers (and sisters). One that continues to grow with each successive GS Trophy.

We hear it so often, that the GS Trophy is a life changing experience. It’s become something of a cliché, almost. Yet it’s so true. Ten years ago, I, along with all these guys from the 2010 edition, started a journey that didn’t just last seven days. It’s a continuing experience for each and every one of us…

JB’s press release for day 1 of the 2010 BMW Motorrad International GS Trophy – finished at about 1am on the morning of the 15th November.

Mpumalanga. The South African team played to their home advantage today to take a strong win in the first special test of the GS Trophy 2010, a navigation challenge.

The first day saw the 10 international teams (30 riders) travel a 300km course, starting in Johannesburg and finishing at the Country Trax farm estate in Mpumalanga in the district of Amersfoort.

In sunshine and warm air, the early kilometres of the day were necessarily travelled on sealed roads. The last 130km, though, saw the teams’ first encounter with the red-soil gravel roads that traverse the region, just as the weather turned cooler and mists started to roll in. The tracks were deceptive, easily ridden at near motorway speeds but every now and again throwing up random ruts, holes and boulders. With bellowing dust trails it was important the teams rode with caution to arrive safely.

On reaching the Country Trax estate the teams met with their first points scoring special test, a navigation challenge. A second special test had to be abandoned as the mist turned to rain.

The navigation challenge set the teams the task of finding five points on the Country Trax farm (within one hour) using map coordinates which each team input into their own GPS navigation systems. At each point a marshal recorded their arrival.

Team South Africa won the challenge, but in fact quite narrowly as Germany were less than two minutes behind and Team USA just three more minutes behind them.

Gerber Styrdon, Team South Africa: “I think what put us ahead was we’d draw a straight line through the veldt to go from one point to the next. We were going through dongas – which are like big washaways – rather than taking the tracks which the other guys would take. We took the route less travelled to make the shorter time and that got us ahead at the end.“

Team Japan may have struggled in the navigation test but they scored their own first when team rider Shigechika Aikawa became the first participant to crash! Aikawa was embarressed to report he’d fallen while sliding his F 800 GS trying to impress one of the TV film crews which are following the event. Fortunately Aikawa was uninjured.

Shegachika Aikawa: “I saw the camera man on a corner and I thought I would put on a bit of a slide, but it came all the way around! But it was okay, I only bent the gear lever. I am happy! I don’t worry.”

The navigation test also offered a few riding challenges, not least the need to cross a deep gully with a stream in the bottom. While most teams resorted to pulling and pushing their bikes through the obstacle, the Italian team distinguished themselves by scavenging some fallen timber to build their very own bridge! Top marks for ingenuity, but quite probably the time taken dropped them down the results!

The South African team came close to being out of the running even before the event had swung fully into action. Team member Warren Strong narrowly avoided a big crash on the gravel roads.

Strong: “I hit a ditch about 30km from the farm. I got the front over but the rear hit hard and it threw it straight up, like vertical. I was simply going a bit too fast and it snuck up on me. In my defence, it was very misty!”

Day One results and overall standings: 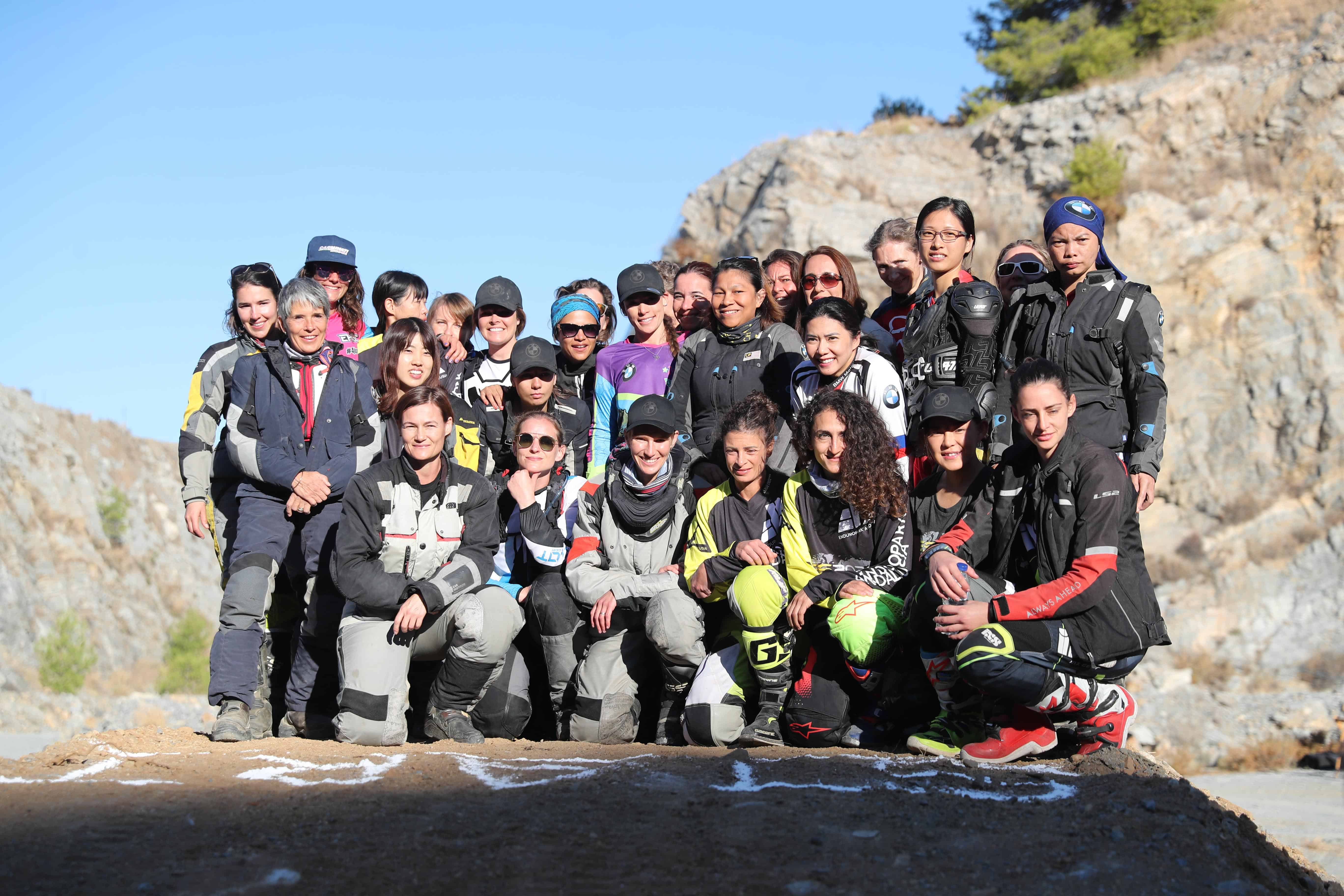