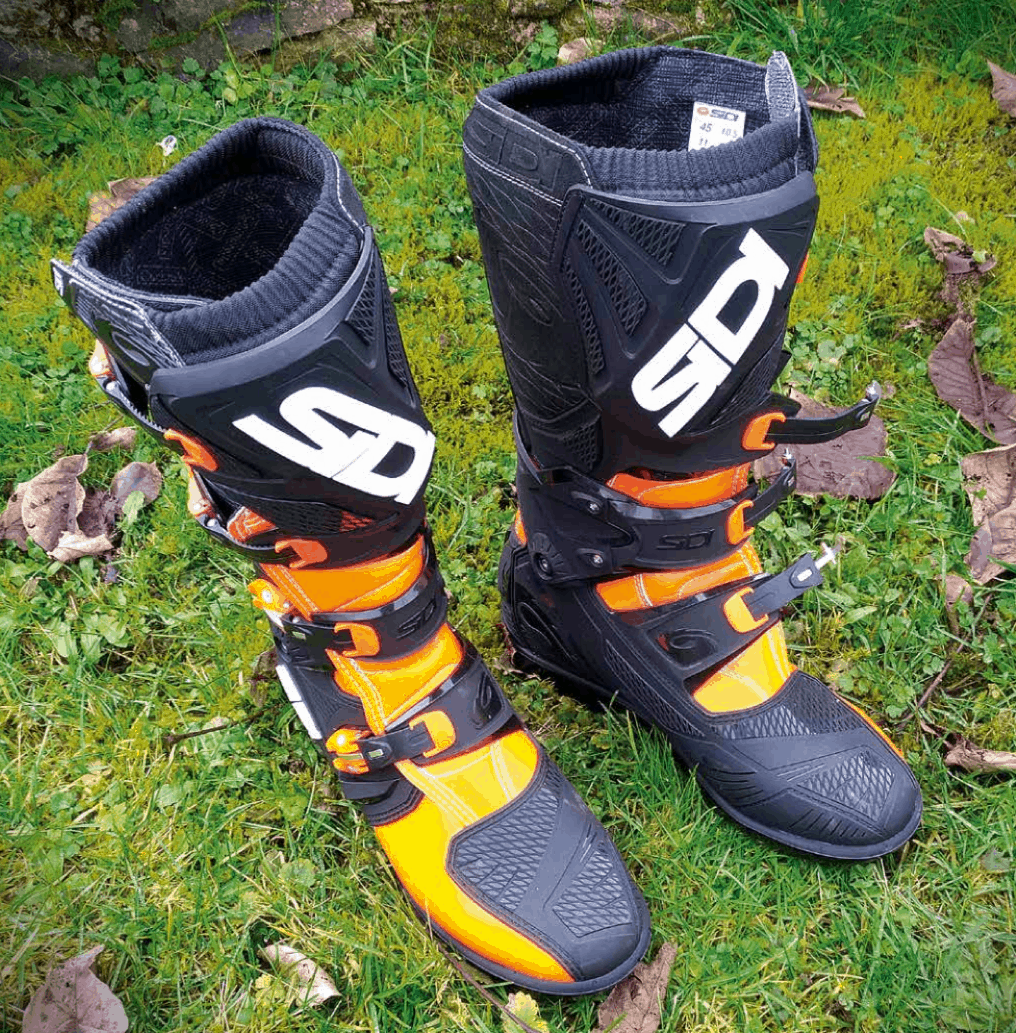 New boots are a bit of a double-edged sword. On the one hand, they’re an expensive item so you probably held on to the old ones too long, and are happy to at last have something respectable to put on your feet again. On the other hand, the old boots were at least broken-in and relatively comfy whereas new boots can make for an agonising first few rides. So the initial bit of good news with these Sidi X-3 Xtremes is that they aren’t massive and heavy, like say Alpinestars Tech 10s, so you feel instantly at home. There’s a lot of protection though, with plenty of plastic shielding, yet the construction is minimalist, even the easy-to-use buckles appear nice and light which altogether means the Xtremes were relatively easy to get on and off.

Sidi don’t use leather in these boots, instead a man-made material called Technomicro, which is said to be stronger, softer and lighter than leather. And with the ankle pivot design I was able to walk out of the garage without looking like I was going for a moon walk. The other two things I liked were that they don’t have an inner boot (which I usually end up replacing with a thick pair of socks) and they have what looks like a very easily removable sole, that’s the SRS bit (Sole Replaceable System). I’ve tried replacing soles on other brands before without much success, which means that I keep wearing them until I can feel the footpegs.

Hopefully I’ll get round to replacing these soles before that happens and get a bit more life out of them. And of course after protection and comfort that’s the real test of a boots worth – how long they last. First ride with these was a 40km test ride with my new Yamaha WR450F and I’m happy to say both boots and bike impressed. Sidi seem to pitch the X-3 Extreme boot somewhere between a light enduro boot and heavyweight adventure boot, either way the protection feels real and the combination of light weight and good comfort promises well for the future. Yeah, first impressions are the Sidis are comfortable right from the off, with almost no break-in being required. I’ll be putting a good few miles on these Sidis over the coming year and be sure to let you know how we’re getting on in 300 hours or so’s time!