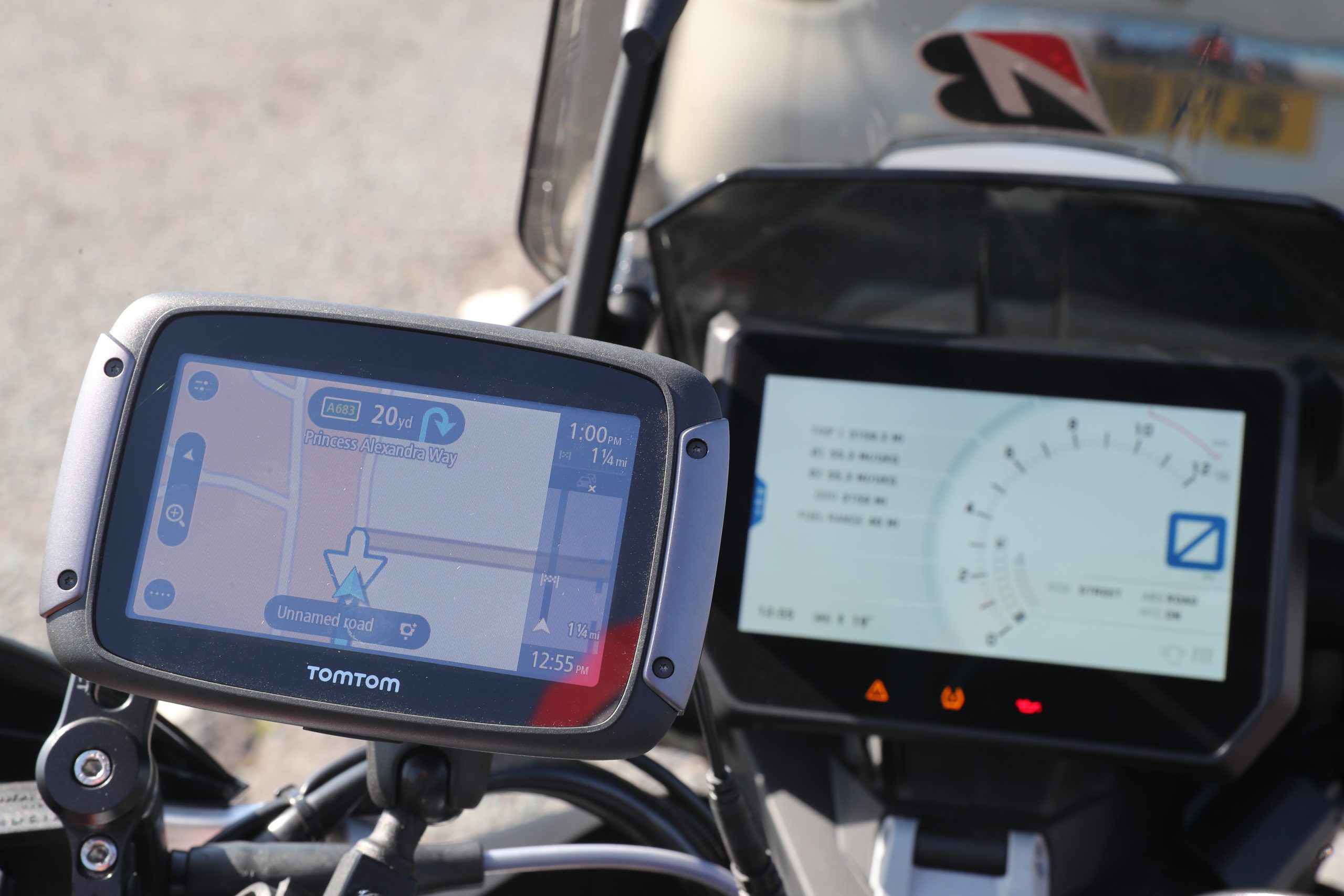 For the last year – on and off – we’ve been testing Tom Tom’s Rider 550. It’s not for off-road use but its been mighty helpful getting us to the far away rides (and back). July, though, has given it a proper test, with a two-week hack around the Iberian peninsula.
PrevPrevious
NextNext
PrevPrevious
NextNext

The Tom Tom Rider 400 kept me company on my PanAmScram ride from Alaska to Argentina a few years back. Needless to say, it wasn’t picture perfect and had its share of meltdowns but overall it did what it said on the tin – it helped me traverse the length of the world.

When the 550 came out, I was keen to find out if the updates were just aesthetic or if it was actually an improved iteration of its successors. Fortunately I managed to squeak in a holiday ride to Portugal and Spain on the GS between lockdowns and was a good opportunity to test the new Tom Tom.

Looks – It looks exactly the same as the 500 or 400, except now the trim on the sides is satellite grey instead of silver.

Updates – All new motorcycle sat nav’s from Tom Tom come with lifetime maps and free speed camera updates. While the older versions had to be physically connected to the computer via a cable, the 550 updates via Wifi.

Mounting – The 550 comes with a charging bike mount and RAM brackets to fit it to the bike. It also comes with the charging cable (with exposed wires instead of ring connecters to attach it to the battery). The mount swivels for both landscape and portrait views – JB used this on his KTM 1290 on our trips to the Isle of Man, Wales and Kielder in 2019 – and it’s all to the good, a real quick and easy way to mount the unit. On my GS I use a Touratech locking mount as an anti theft device which for me makes the swivel feature redundant.

DNA – Where the 550 really shines is its DNA. Starting up, calculating and rerouting routes are literally twice as fast as the old 400 – all thanks to the new quad-core processor. During my test, booting up took 30 seconds compared to a 1:10 minutes on the 400; route planning in town is between 8-10 seconds compared to 18-20 seconds on the 400. I could’ve personally benefitted from this on the PanAmScram as one of the gripes with the 400 was the amount of time it took to plan and come up with alternative routes.

Interface, Navigation & Display – Tom Tom have really nailed the interface on their sat navs – simple and intuitive. The one feature that I love about the 550 is the sidebar, that not only displays nearby fuel stops but also any other POIs that you may want highlighting such as hotels, campsites, restaurants etc. Speed cameras are also come up and the new software highlights in bright yellow and red colours your proximity to the camera. The display on the 550 is clear and bright thanks to capacitive screen rather than a separate touch layer as on older Tom Toms. Navigation is a doddle and nine out of ten times the 550 took me to my destination. There were times that due to one-way systems, pedestrianised high streets, road blocks, I’d end up going round in circles but I suspect that’s expected (or it isn’t?!). One thing that I would personally like to see in a sat nav is to plan a route just using road names and numbers e.g. I wanted to stay on the N2 (Route 66 in Portugal) in South Portugal but there was no way of doing so on the 550. I had to manually enter the town names as way points to ensure I stayed on the N2.

Overall I was extremely impressed by the 550 and I would recommend it to anyone in the market for a sat nav. Whether in town, in Europe, on the Pan Americana or anywhere around the World, Tom Tom’s got your back – most of the times! For the rest, speak to locals and get the map out, as that’s always fun! 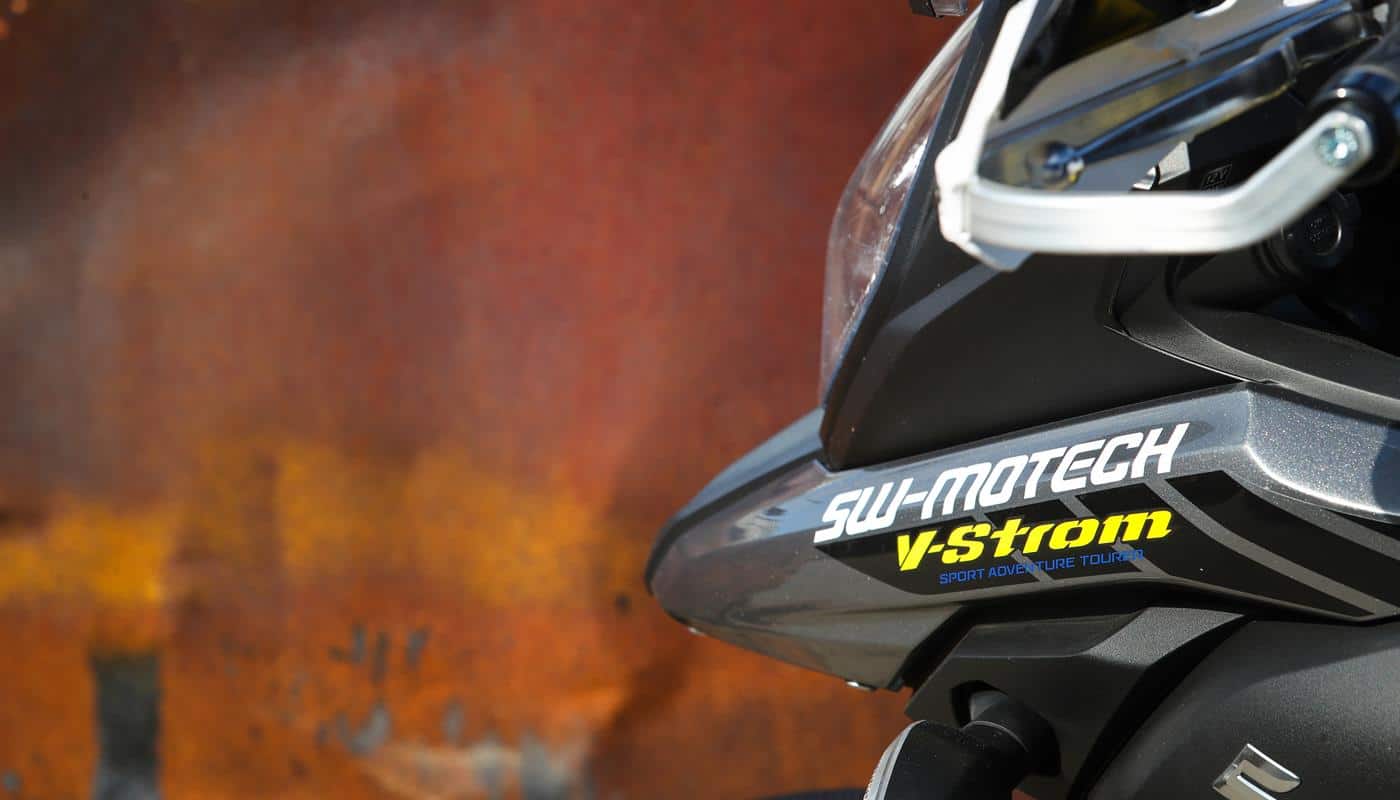