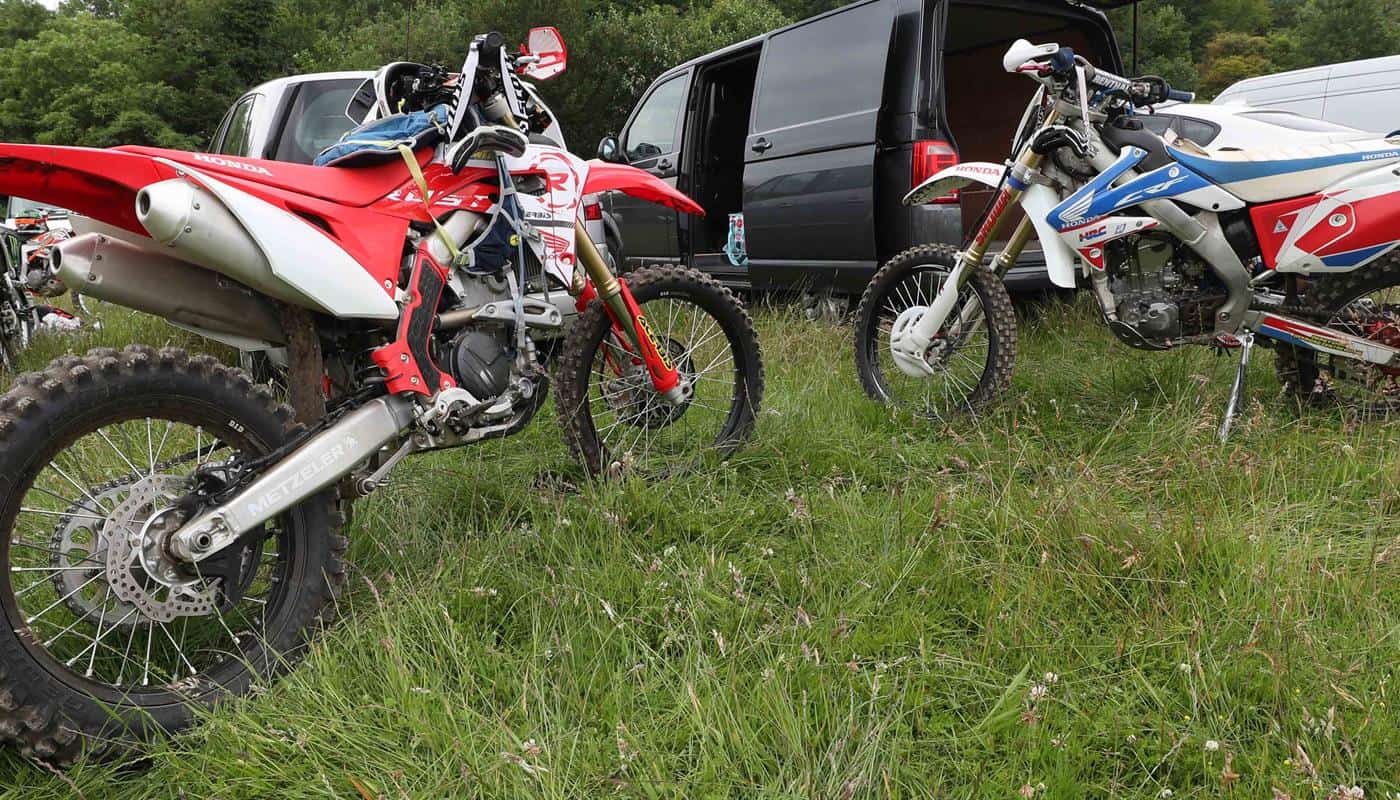 It’s been a while since the Brechfa Rally and work has got in the way of play over and again. But a concerted effort has seen the dear RX back on track and receiving some workshop time to boot.

On-track time was boosted by a recent Actiontrax practice day at Ightham, Kent in June. The guys there have a neat loop that weaves up and down through a typical English wood along the side of the valley, then opens out onto some zig-zags through new-fell (brash) before taking on a circuit of the farmer’s fields, zipping along between hedges and crops – that’s a nice mix of terrain and speeds. Despite recent rains it was all fairly hardpacked, and with the many exposed roots it gave the suspension a work out. I found myself backing off the adjusters looking for a softer ride, but I didn’t really find it. The impossible dream, perhaps.

When I got back home, I checked with the RX’s owner’s manual (which must weigh a good three kilos!) and I liked its turn of phrase: “The fork springs in CRF’s are about right for riders weighing between 77kg (170lb) and 91kg (200lb).” Now I might dispute the use of the apostrophe in CRF’s, but I like the ‘about right’ – clearly a human of some humility wrote this manual. Anyway, good news there is that I slip (just) into the weight parameter there, so no need for new springs. Perhaps I need some time, taking some meaningful measurements to see where I can go on the suspension tuning. It takes time and patience to personalise suspension, and I have to admit I’m short on both.

That said, the wee RX is a lovely ride, the frame makes for accurate and stable handling regardless of the agonies the suspension is enduring. I was, however, surprised to find the gearing felt short even around the tight track at Ightham, so I was riding much of the track, tight as it was, in third. I think being more used to riding bigger bikes I forget how much you have to let 250Fs rev out; on reflection I’d probably have been better off letting the revs come up higher, I was in fact short-shifting.

I’d have liked a more open track to really see how the power stretched out. As it was, no sooner had I given it a handful in one gear than I was braking and dropping it down again to clear a rooty step or some such. But I got round and despite hitting an energy low at lunchtime I slugged it out and was still lapping five hours after the start – probably making my fastest laps when they closed the course at three in the afternoon. Yeah, nice to get in some quality bike time.

Actually there was a little workshop time ahead of the Actiontrax outing as I dropped out the engine oil and filter (after three minutes warming on tickover) and refilled with just over a litre of fresh 10W-30 semi-synthetic, plus new filter. The old oil came out looking clean and the engine sounds sweet, so I’m sure everything is hunky dory after the first 10 hours or so of ‘running in’ I put on it in Wales.

After Actiontrax it was a case of clean up using Shiny Sauce (detailed in Products) and a jet wash. Then dry.

Next job was to fit the Metzeler Six Days enduro tyres I’ve been saving for competition use. As you do, I left these out in the sun to soften up as much as they would before fitting. I spec’d HD tubes as against mousses, firstly because Warren has our Rabaconda and without the correct kit mousse changes are nigh on impossible. But as well, I’m mindful of the cost of mousses and the maintenance they require. You know, I rode enduro for years in NZ on tubes (as did nearly all riders there) and can’t recall one puncture. Part of that is down to adjusting your riding and not hitting hard, square-edged stuff full on. Sometimes I think enduro might be better sport for not having mousses, making us ride more intelligently. But there again, ask me that the day I’m sitting trailside with a flat…

The tyre changing went well enough. With black anodized rims I was super conscious of not scratching them and for the most part I succeeded, but not 100% – it’s impossible eh? The HD tubes didn’t help – they’re a squeeze to get in, but nowhere near bad as mousses. Lots of lube helped as did patience and taking small nibbles with the levers when fitting.

As well, I noticed how mud and water had entered the tyres and was caked around the spoke nipples on the rim. It was worth the time to wash this off and thoroughly clean and dry the rim and rim tape before fitting the Metzelers. If you don’t do that regularly then over time those nipple holes are going to corrode.

As ever I had that quandary as to what to do with the two nuts that came on the tubes’ valves. In the end I left the first one on, that sits under the rim, and dispensed with the second in favour of the neat rubber collar Honda had fitted to the original tubes.

Working on the wheel changing I noted the RX has a sizeable 22mm nut on the front spindle and a whopping 32mm on the rear, which are not entirely trail friendly. I’ll need a bigger adjustable for the tool bag, dammit. Of course fiddling around with a disc cover (held by two small dome-head allen bolts) isn’t enduro-friendly either. Both spindles came out looking like they could have done with more grease so I gave them a good smear when they went back in (after cleaning).

I could see the brakes looked a bit caked-up, despite the power wash. These really should be thoroughly cleaned and the pins lubed after every ride. It takes minutes to do and it’ll mean the brakes will stay tiptop for longer. And it’s not an unpleasant job. There’s no question, with this sport you really do need to tear a bike down after each ride and clean and lube everywhere, it’s what the pro teams do (and they don’t do it just to be flash). And when you speak to dealers about fixing non-runners (especially those with electrical issues) the issues mostly arise from a lack of cleaning and care.

So I’ve got more work to do yet. Air filter clean, the lever pivots need a clean and lube – a general run around the bike checking everything. But for now I’ve disconnected the positive battery lead as I do when the bike’s not being used (there’s no ignition key or button). And I’m back to work. The rest of the prep is for another evening. And there’s a big competition coming up. I should be reasonably well prepped for that… 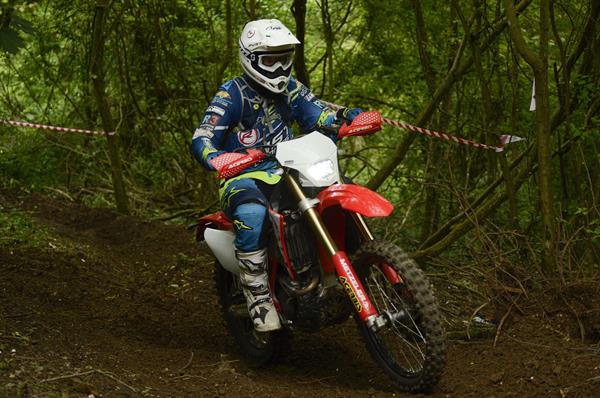 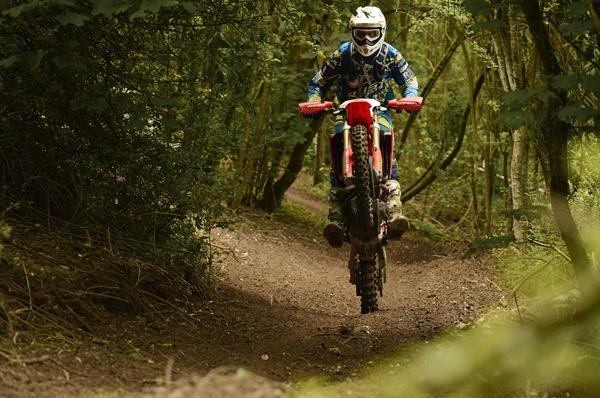 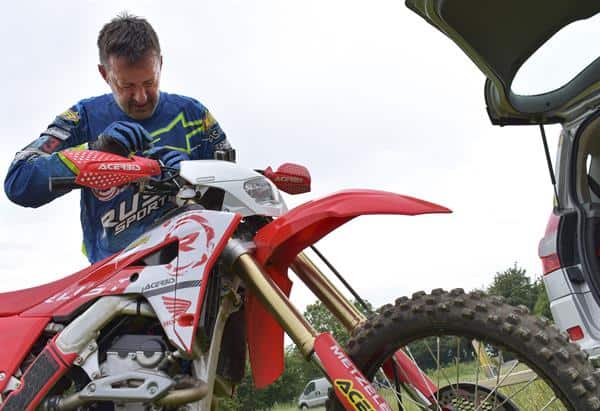 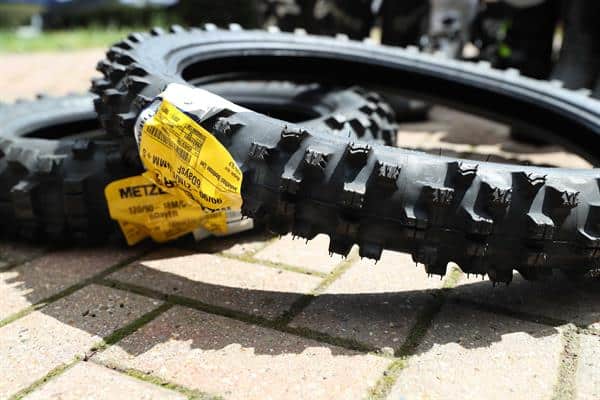 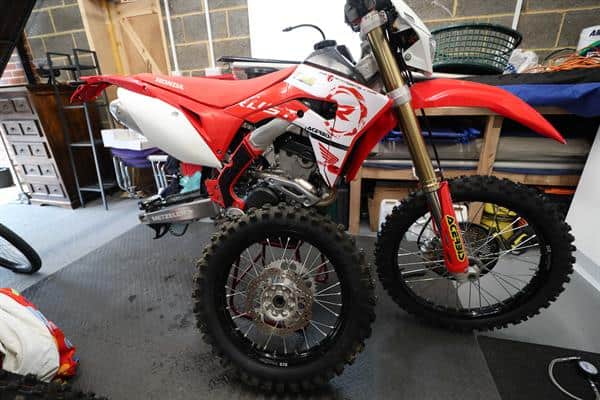 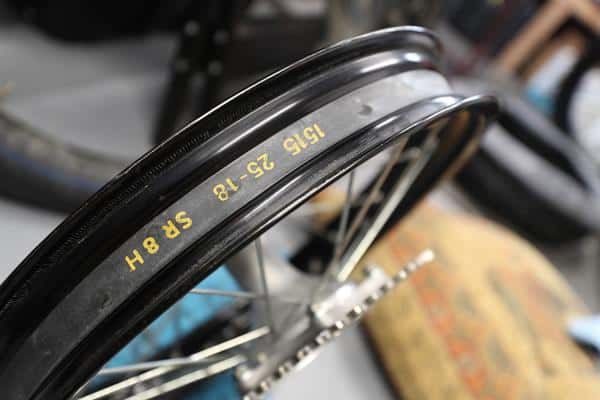 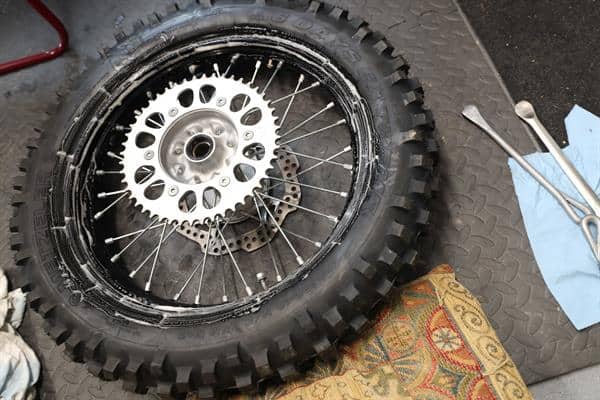 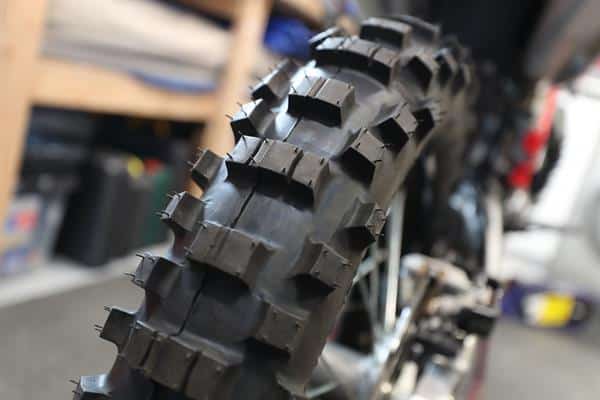