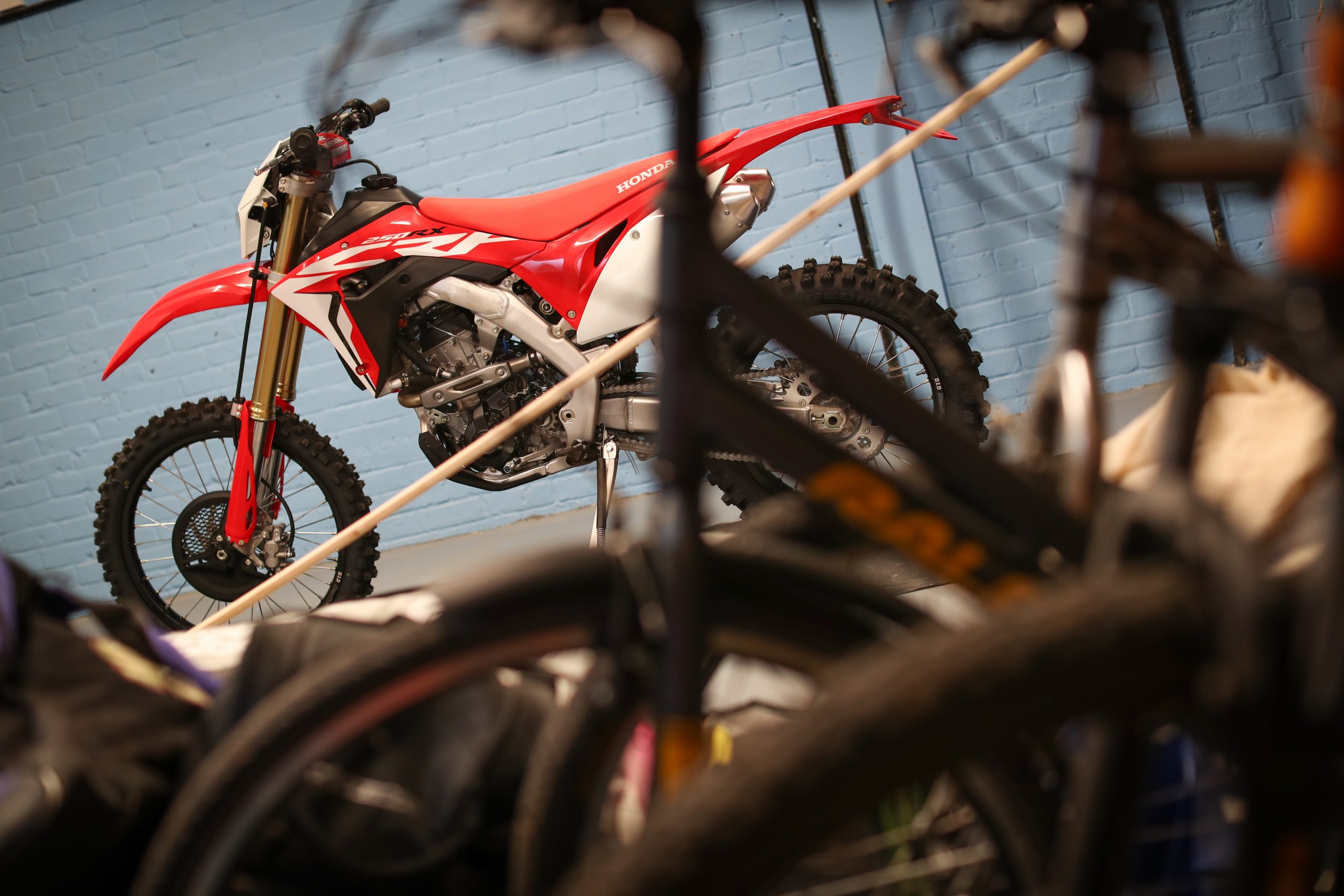 The paint on the (new) garage floor had barely dried before I rolled this brand new 2019 Honda CRF250RX into what precious little space there is left (already) after the rest of the JB clan had laid claim to their storage needs. But heck, what a beauty this is, Honda sure know how to build a pretty bike, it’s going to break my heart to get it dirty.

And what a machine! We’ve been waiting some time to see this. It’s kind of a replacement for the long-running CRF250X that dates back to 2004 – itself a replacement for the long-running XR250 that preceded it. I was on the launch of the ’04 CRF-X and it was a little beauty, but time has marched on (a whole 15 years!) and so a successor was much needed. This one borrows heavily from the 2018/19 Honda CRF250R motocrosser and so instead of the gentle 28hp of the X, this RX snorts a reported 45hp – it’s a whole different kind of bike. And honestly there aren’t many mods that differentiate this from the motocrosser – a bigger tank (8.5 litres), an 18” wheel, a sidestand, and the suspension settings and EFI mapping both have been tuned to suit off-road. Even the motocrosser’s launch control has been left on – so yes, this is going to be a rapid little beast for sure. Oh, and thanks to the initiative of Honda UK this Brit-model has lights and indicators and is capable of being registered for the road (as a competition bike).

There’s so much to say about this bike, and so much to learn, but that’ll have to wait until our next issue – although look for blog updates on the RUST website.