Aprilia is back into adventure. We last visited them (here at TBM/RUST) when they were launching the impressive Caponord 1200 as long ago as 2012 – the Capo’ was a decent rival for the Ducati Multistrada 1200. Admittedly, more all-roads than adventure, unlike the earlier Caponord 1000 (with wire spoke wheels) but it was still an impressive performer.

But with the Tuareg 660 Aprilia is moving into the middleweight adventure market, its closest rival probably being the Yamaha Ténéré 700. Like the Yamaha – and like KTM for that matter, not to mention BMW, Honda etc – they’ve come to market with a liquid-cooled parallel twin motor. Their 660 has already broken ground in RS and Tuono road bike form, and caused quite a stir, and delivering 80hp and 70NM of torque in a package matching the Ténéré at 187kg (dry) it certainly looks competitive.

Like the Ténéré, there’s a sense this is a very off-road biased machine, given the 21”/18” wheel combination and 240mm travel of suspension front and rear. Aprilia has neatly raised the overall spec as well. Note the wheels are cross-spoked to allow fitting of tubeless tyres. Spot the 5” TFT instrument screen (with connectivity) and full LED lighting. There’s also traction control, cruise control, engine power and braking maps plus four rider modes. Yes, they’re taking this model very seriously.

Pricing is competitive at £10,600 for the base model, £11,200 for the flash one sporting the tricolore. That’s more than a Ténéré but equally that’s an impressive spec. Availability is beginning of the new year, 2022. 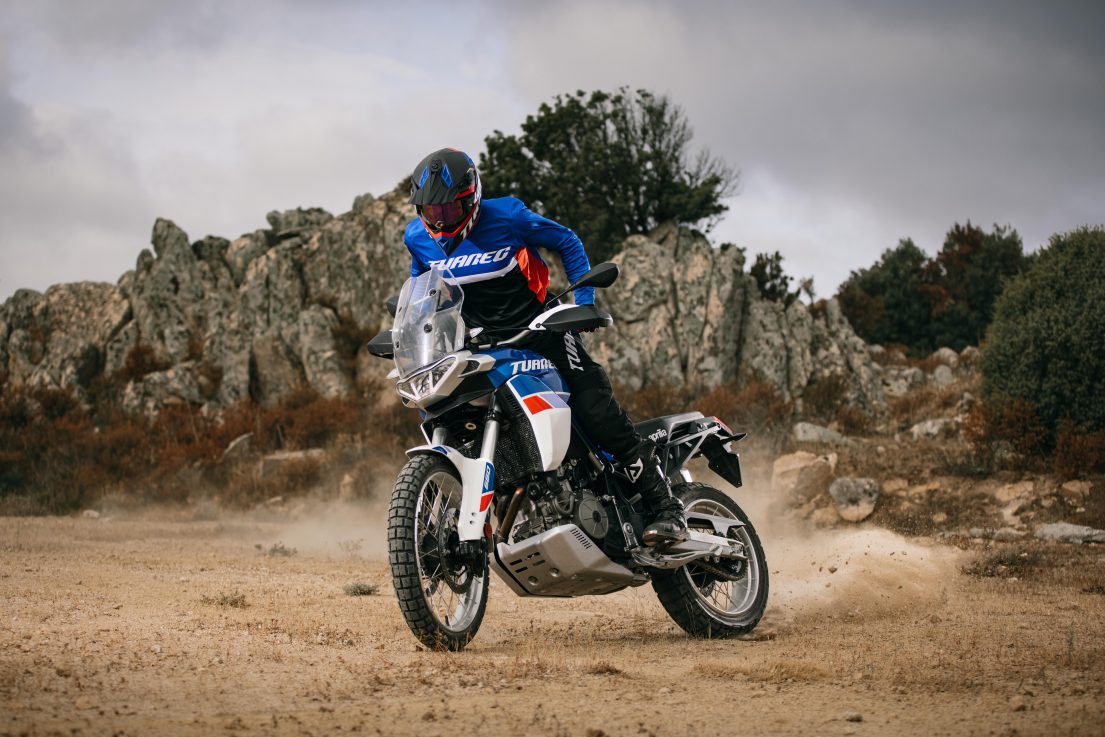 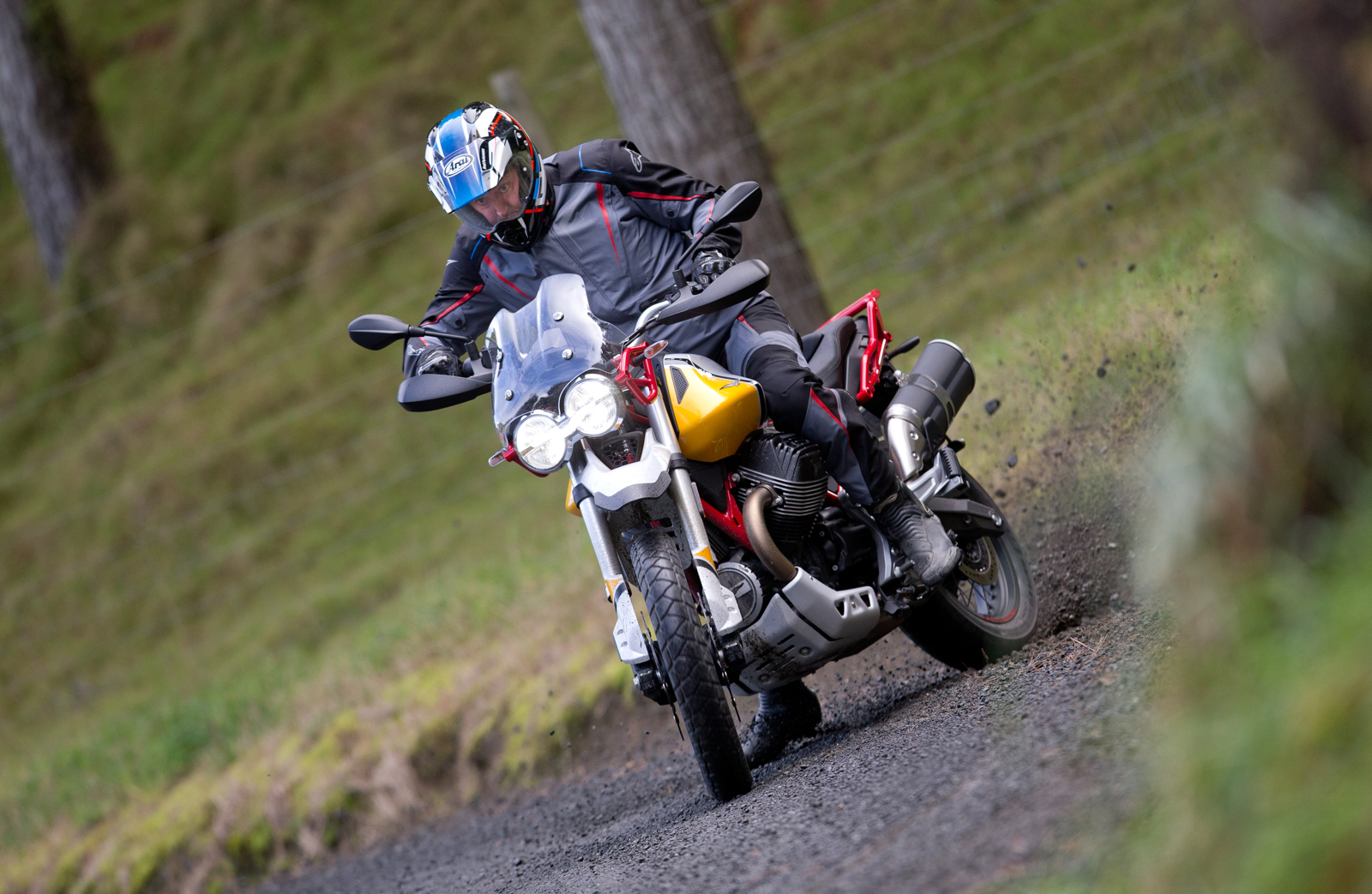