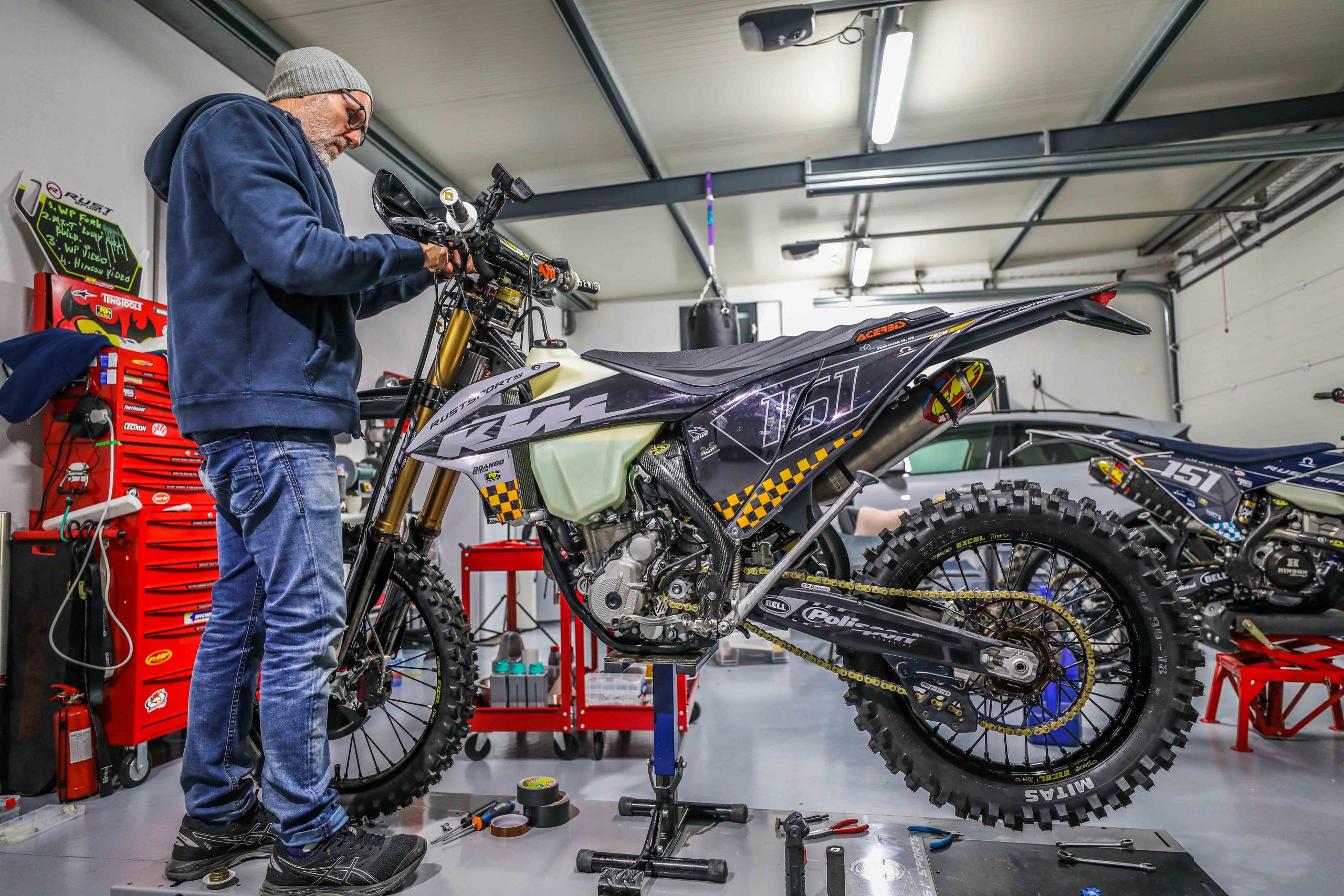 What motivates any of us to begin upgrading our bikes is really a pretty personal affair. It’s probably mostly to do with making it our own, making it uniquely ours. Somehow fettling and getting to know your machine makes it more familiar. Like a ‘special friend’, it brings you closer. Whether in reality you’re after more bling or more performance, or both, that’s really inconsequential. In the end it’s all about the enjoyment and relationship it fosters during the build process, the admiration of looking at it and ultimately the enjoyment in riding it when you’re done.

My personal drivers are always the same – sometimes a little delusional and indulgent, I admit – but always in search of improvement in the machine and in myself. What I do try and do is push my skills on and off the bike so it’s frequently the case that I’ll try new things with each new bike I own. I know I’m not alone here; I believe that this is a common thread for all of us motorcycle enthusiasts, the search for constant improvement whether you’re a 10 or 60 year old. Just the focus may be different.

THE JOY OF THE COMMON PLATFORM

What I love about the Peirer Group’s platform sharing is that no matter the evolution and refinement of their bikes, as an overall package over the years there are a significant number of components that remain constant. That makes them a desirable platform to work with especially as you land up accumulating parts or owing more than one Austrian bike at a time. Besides it being a pretty resilient and clever business strategy, which helps them to maintain customer brand loyalty, it comes in very handy in the workshop over time given the interchangeability of brake calipers, fasteners, cables etc.

EXTRACTING THE XC IN THE EXC-F

Back to relationships with your own personal machine – it’s a strange thing, here at RUST we get to ride and test all types of machines and different brands but it’s natural to find an affinity with one or two brands and so somehow, unthinkingly, my personal fleet has been influenced accordingly. I’d not had a new KTM in my garage since 2016 but after riding the 2020 350 EXC-F at the launch at Basellas in Spain I was sold. There was just so much to like about the bike that I bought one over my previously favoured brand, Husqvarna. I’ve got to know the bike better over the last year and so while my Husky FE350 project has gone in one direction, this bike has inspired me to modify it in another – not to build an extreme enduro bike but a more hybrid XC style performer. A bike that will cope equally well with European classic enduro conditions (think Tref etc) as it will on fast hard-pack courses/trails (as we have here in Portugal) or deep sand for that matter. And because I have a great motocross track local, it should more than cope with a little bit of that, too.

I wanted fast but I also wanted manageable, not an easy task for the revvy 350 motor. On that account I’m not sure why I chose the 350 over the 500, habit perhaps, or perhaps the thinking that the 500 would work less well in tighter European classic conditions. But I’m glad I did pick the 350 this time around because I’ve managed to build a bit of a rocketship 350 by way of a new ECU and personalised mapping.

Like me, you might be surprised at the variation in performance character you can tune into your bike via the ECU alone. The mapping I’ve chosen here is almost mx-aggressive and tuned to deliver loads more low-end and mid-range torque but the big difference comes with the fact that you gain so much early on without it signing off early at the top – it just keeps on pulling.

With such an aggressive map I set the traction control to the first 50% of the throttle (not RPM) which has helped tame the initial power surge and makes it more usable if you’re gentle on the throttle. But honestly, after a few hours on the bike it’s still too much – I’m going to have to tone down the mid-range hit a little more! Its power is sort of a case of ‘you’d better learn precise throttle control or else’ as I found out the hard way when I underestimated just how much of a hit this thing has in the midrange and landed up looping the bike out and landing up on my arse.

However, before I start messing with the ECU further my first stop is going to be a rethink of the pipe choice and see if a pipe change will help smooth out the midrange power. So off comes the full titanium FMF mega bomb pipe and silencer and on goes the OEM header with an Akrapovic Ti slip-on. I’ll let you know how this works out next time.

For me, also, this build wasn’t all about the engine performance. It was also about the design and look of the bike. I wanted to restyle my bike to a unique look. And as well, I wanted it to handle like a factory race bike. Then it would only be up to me to up-skill myself to make the most of its potential. I know, that might seem a back-to-front way of going about improving yourself as a rider but sometimes, as in life, if you want to better yourself you have to surround yourself with people that are better than you. The same is true for me with this machine and this build.

So, here’s a quick checklist on my main upgrades: a Hinson slipper clutch, a GET programmable ECU, aftermarket exhausts (FMF & Akrapovic) and a few little extras in the throttle body. Those are all great but to me the biggest single performance enhancement was made in the suspension, supplied by MXTech. They are a pretty unique outfit based in Illinois, USA, and they produce great suspension the details of which I will reveal in an upcoming profile piece with videos on their Lucky forks and National shock.

I’ll also go into the parts list and the upgrades next time with a more in-depth look at what I did. For now, I’d love to have your feedback on the design and look of the bike. I think it looks a beauty but mostly I like the uniqueness of it. 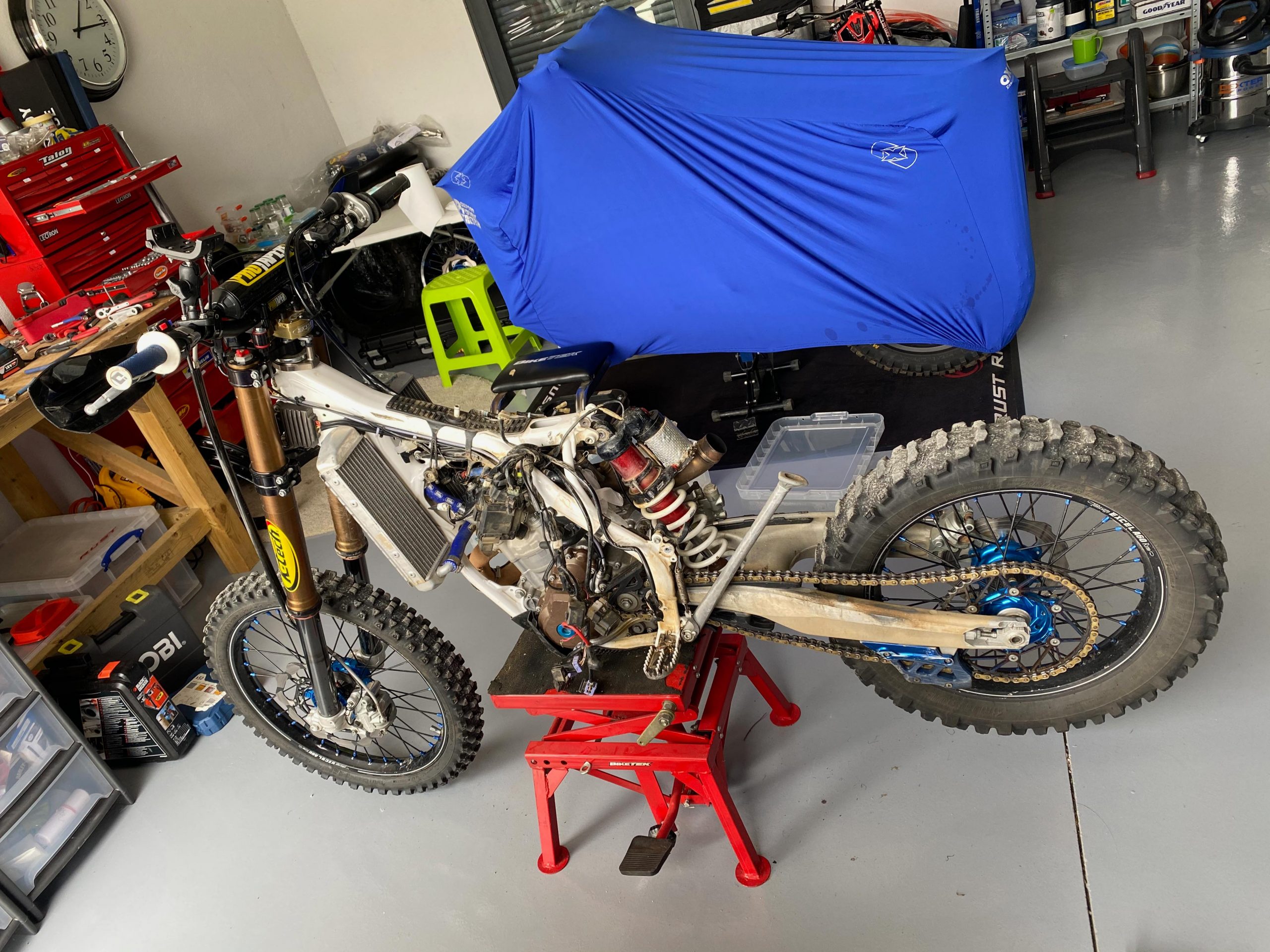 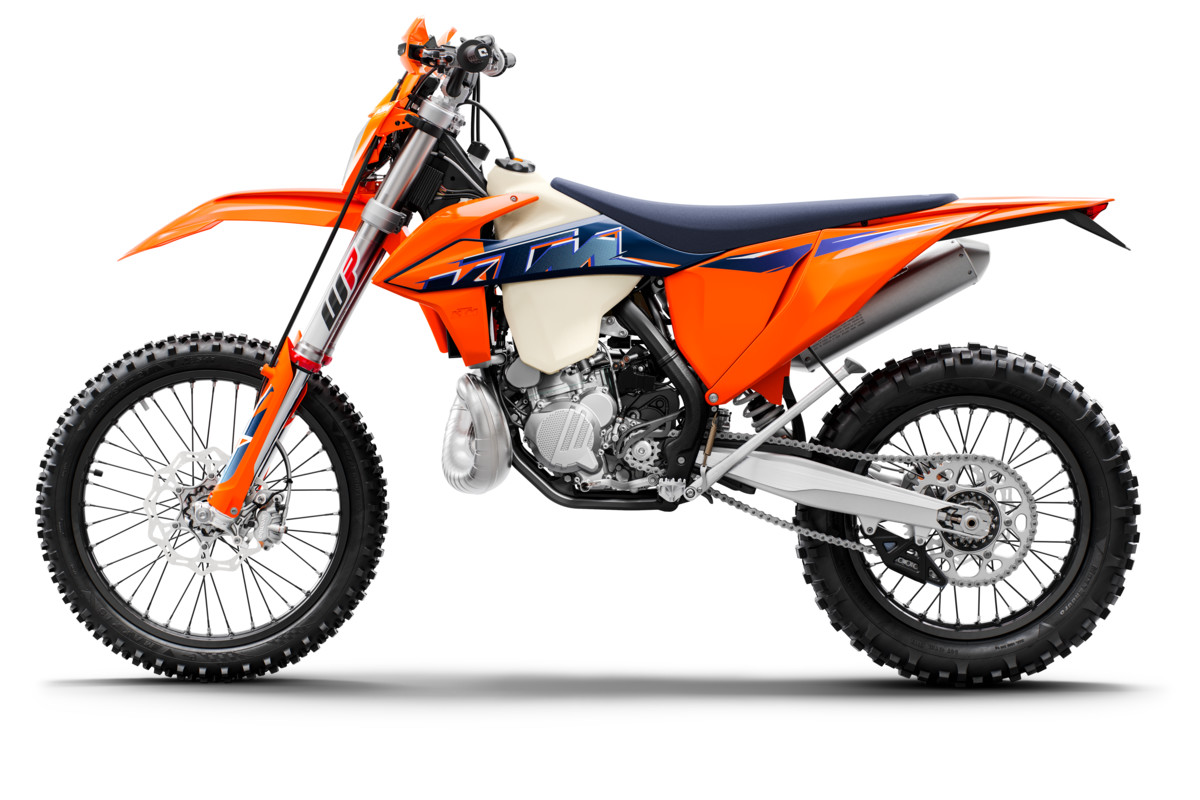 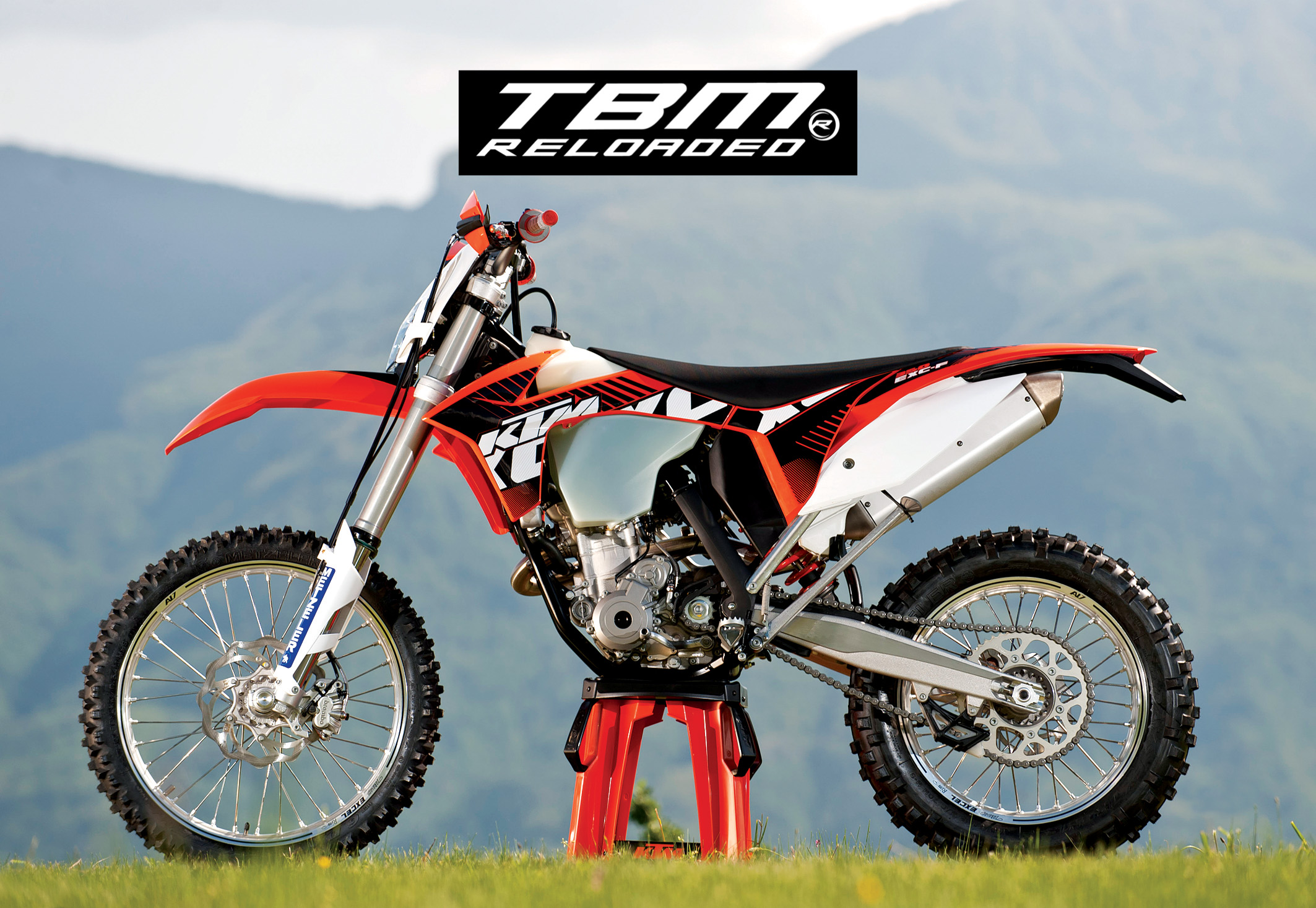