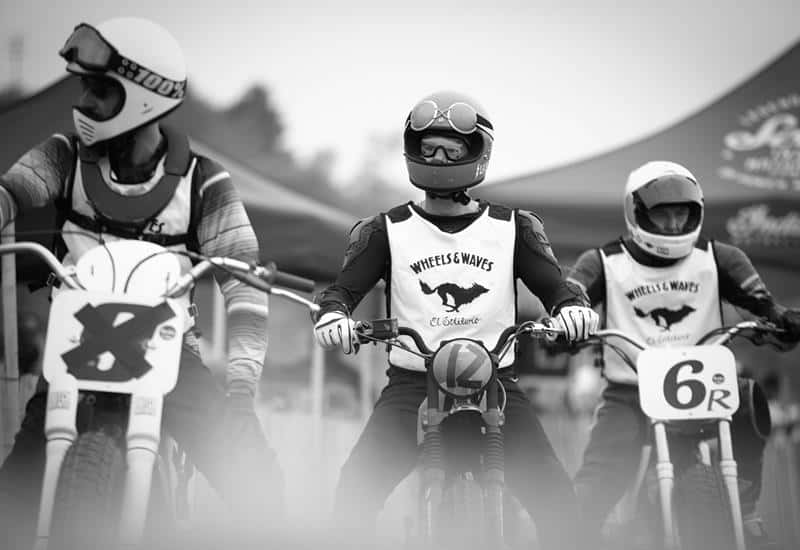 Wheels & Waves has become a major event in the European custom motorcycle calendar. Organised by Vincent Prat and his crew – the Southsiders – and now in its sixth year, W&Ws is a proper celebration of the curiously complimentary surfing and custom bike scenes. Held annually in sunny seaside resort of Biarritz (at the southern end of the Bay of Biscay) at the beginning of June, since 2012, it marks the start of the summer season, with the advent of beautiful days, long rides with friends, warm evenings supping on chilled beers and so on.

Every cool surfer and biker wants to be there, chilling, partying, riding, surfing in this French approximation of California. The event’s grown so much that top custom bike builders come from all over the world; from Bratstyle (Japan), to Roland Sands (USA), or El Solitario (Spain), as well as French builders such as Clutch Motorcycles, Blitz and others. That’s before you take in the work of individuals who create some amazing bikes too, customised or simply tastefully restored.

Tuesday morning at the Wheels & Waves is special, as those with an eye, an ear, and a nose for great bikes, and action, head 20km south to the ‘El Rollo’ flat track. Everyone reunites over the border at the Lasarte-Oria racecourse, close to San Sebastian city (we’re talking Spain!). The location is incredible, surrounded by beautiful mountains and – said the photographer – bathed in incredible light. When we arrive, the sun is rising and so is the heat! It’s going to be a really hot day with sunburn, beers, dust, noise and a lot of motorcycle action to come.